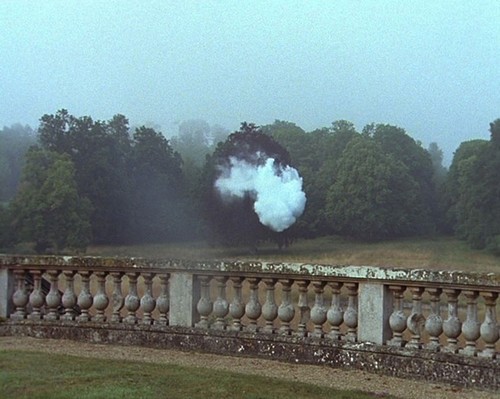 French artist Cyprien Gaillard (Paris, 1980), a leading figure in his generation, is to hold his first solo exhibition for a Spanish institution at Laboratorio 987 in MUSAC. Under the title Sedimented Landscapes / Paisajes sedimentados, the artist will display etchings, paintings, drawings and two videos, all dealing with landscapes.

The work produced by this young artist lies half way between the aesthetics of Land Art and Romanticism. His photographs and videos scrutinise the traces left by man on nature. Cyprien Galliard approaches landscapes, whether they be urban or rural, from an enthropic perspective, drawing on the concept coined by Robert Smithson. The exhibition title points to two essays where the Californian artist explores his ideas regarding the recovery of the picturesque: A sedimentation of the Mind: Herat Projects, published in 1968, and Frederick Law Olmsted and the Dialectical Landscape, published in 1973. Against this background, Cyprien Gaillard’s work places its main focus on revealing the relationship between contemporary architecture – perceived as a modern ruin –, nature and landscape.

The exhibition is designed to provide a review of some of Gaillard’s most significant works, where contemporary architecture is represented as a ruin engulfed by the landscape. His work can also be read as an ironic metaphor on the conservation of land and monuments, hence his series devoted to landfills. Precisely that blend of entropy and decadence provides his work the power to transport us to a world dominated by man in conflict with nature. Cyprien Gaillard’s concern resides precisely in revealing architecture as another element in the landscape, where time and decadence mingle.

The exhibition includes etchings from the series Belief in the Age of Disbelief (2005), where Gaillard places modern tower blocks in landscapes taken from 17th century etchings. By doing so, he alters the viewer’s gaze, hinting even at an evocation of the power of time and decadence, in line with those 19th century Romantic painters who found the sublime in the conflict between man and nature. In The New Picturesque, a series of acrylic paintings on canvas, the artist explores the notion of “picturesque”, often connected to an idea of beauty that the artist challenges by subjecting his pieces to an act of radical vandalism. By obliterating given narrative elements under broad brushstrokes, he metaphorically deletes all traces of our falsified human gestures.
The two videos on display allow the artist to deal with landscape in movement. Here, bursts of white smoke conceal segments of the prevailing peace. Gaillard repeats the gestures applied to the paintings, obliterating the narrative scene set in a natural frame.