I Was a Male Yvonne De Carlo 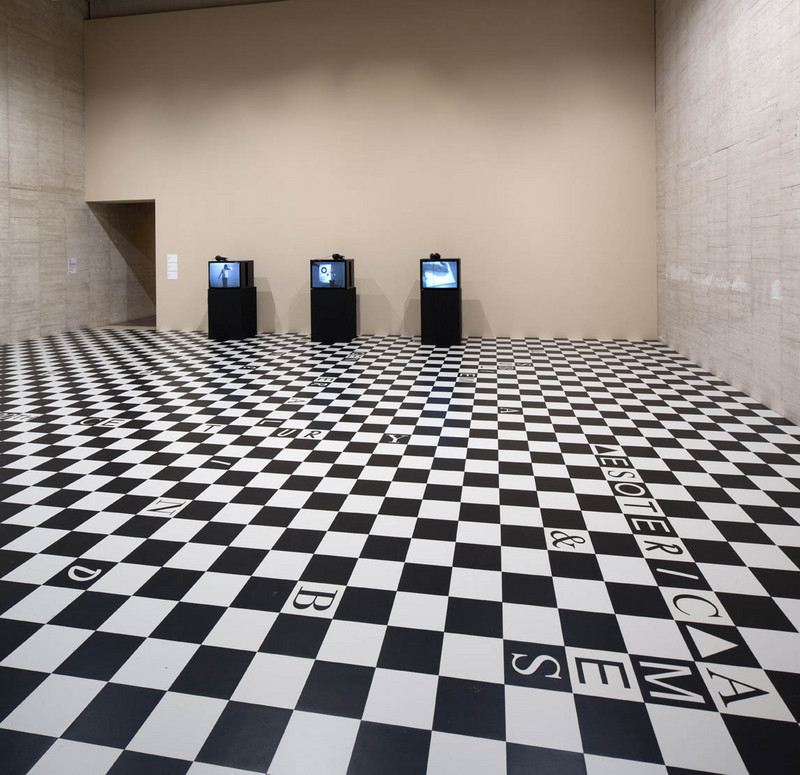 
I Was a Male Yvonne de Carlo. Critical Art Can Be Sophisticated, Even Entertaining is an exhibition curated by artists, and therefore emerges more from a question of attitude than a professional curatorial stance. It is an exhibition born of the desire to understand and pay homage to the work of artists Guy de Cointet and Jack Smith. No matter the distance separating the work of these two artists, both share common traits: elegance, humour, bravura, defiance, and a very delicate sense of camp –-actually the term was adopted by Susan Sontag to speak about Smith’s work. But most specifically, they share what the title of the exhibition describes: the capacity to critique (critique the cultural establishment, critique the status quo, critique the collective imagination) with style: humour, comedy, intelligence.

Hence it is from the work of these two artists that the exhibition takes form. The fact that comedy is a brilliant strategy for institutional critique is no news to the great tradition of (Jewish) stand up comedy from Jerry Lewis to Andy Kaufman. Here, between sitcom and slapstick, we encounter the work of Guy Ben-Ner (Stealing Beauty, 2007) and Kirsten Mosher (Gumhead, Gumhead Sister, Gumhead, ready or not, all 2011). We could place the work of Ruppersberg [(Untitled, 1991) and Baldessari (Teaching a Plant the Alphabet (1972), I Am Making Art (1971), and I Will Not Make Any More Boring Art (1971)], more in the tradition of caustic nonsense challenging, in an absolutely undaunted manner, the sacredness of contemporary art and literature. This wayward disrespect for the institutional is clearly felt in the work of Itziar Okariz (Mear en espacios públicos y privados, 2011), while we feel the work of Ignasi Aballí is closer to the innocent, childish prank which embarrasses the superego parents (Listado (Sexo), 2011, and Soplidos (Blows), 2008).

Humour as derision of any authority could not be complete without Robert Crumb. The wonderful draughtsman and revered star of counterculture surprises, in the image on the invitation to this exhibition, with a merciless vision of the artist (always Crumb himself), trousers down, doubting between sex fantasies and social engagement.

Quite the opposite, we could say, of Stanley Brouwn’s white abstract humour. In 3 Corners (2007), he reduces ad absurdum the essence of architecture, sculpture and habitation; he is an artist in the best dandyish tradition of coolness, detachment, and intelligence.

Lenny Bruce used to say "comedy is tragedy plus time". So indeed there is a sense of a bygone era, a certain nostalgia, in the tragic figures composed by Jack Smith in his appearance at the Cologne Zoo (Jack Smith in Jack Smith’s Fear Ritual of Shark Museum, Cologne Zoo (series), photographs by Gwen Thomas, and Birgit Hein's Jack Smith: Cologne, 1974). This same sense of the senseless, the artist as lonely and absurd wandering hero, appears in the performance conceived by artists Julien Bismuth & Jean-Pascal Flavien and their descent through an extremely shallow river. And then, the oriental excesses of Jack Smith in Flaming Creatures (1962), Normal Love (1965) or the film that gives the title to the exhibition, I was a male Yvonne de Carlo (1970) all send us back full circle to the work of Guy de Cointet. Guy de Cointet's women: ethereal, beautiful, elegant and witty, exchanging wonderful lines of dialogue that sometimes make us think of Oscar Wilde and at others, of Dallas, are the very epitome of the exhibition subtitle: criticism can be sophisticated, even entertaining.
www.musac.es