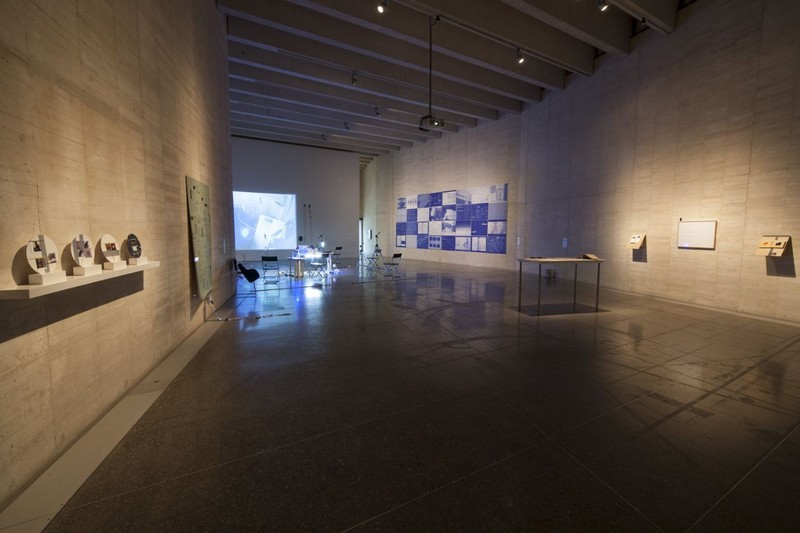 Lecture-perfomance: New Artistic Formats, Places, Practices and Behaviours is a research project comprising an exhibition, a season of performance-lectures, a webpage and a programme of fringe activities which explore an increasingly popular practice within the art world although still largely unknown in Spain: the use artists make of the lecture format as a work of art.

Artists use the ‘dramatised conference’ to examine key issues in the contemporary cultural agenda, concerns of interest in art and in our current society (information, generation of knowledge, platforms and formats for distribution and access, the search for new working frameworks and public access to them, etc.).

The Lecture-performance project explores and probes the lecture as expanded art practice and the different forms of public presentation and interaction with the audience as new specific forms of artistic and discursive production. It is a hybrid, cross-contaminated project that combines the practical and discursive aspects of creation and voluntarily places itself between discourse and action, between reflection and production, between conceptual art and performance, between scientific research and the spectacle and between mediation and diffusion of art.

The project will be rounded off by a programme of fringe activities that will take place between October 2013 and July 2014 with the goal of extending and contextualising the issues addressed by the project. A ‘spoken magazine’ project will be held on 30 November 2013, 1 March and 17 May 2014 as the result of collaboration between MUSAC and Artecontexto, a publication with over 10 years to its credit. 21 March 2014, World Poetry Day, sees the beginning of the Naming the Future (Crossroads of Poets) programme, a survey of the different poetic tendencies and exhibition practices at the present moment that seek to bring the specificity of the poetic fact into the sphere of the Lecture-Performance project.
www.musac.es