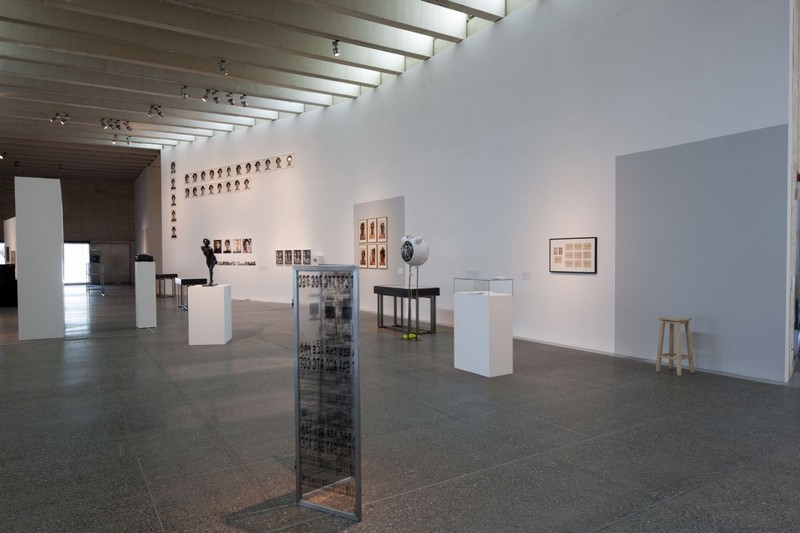 The exhibition Self-Timer Stories explores the phenomenon of the ‘self-timer’ photograph on the basis of the Austrian Federal Photography Collection – on permanent loan at the Museum der Moderne Salzburg - as it relates to international positions.

Works by artists spanning four generations are on show in a dialogue about a practice popular both in everyday life and in artistic photography, which is now regularly revived using new technologies. Based on around 80 works of 34 artists from the Federal Photography Collection and artists from the MUSAC Collection, the exhibition interplays these works with those of “broader” photography by international and Spanish artists; thus narrating a history of photography by means of the self-timer or shutter release mechanism. Works from the Federal Collection, loans from private archives as well as new productions of a new generation of Austrian artists unfold in a multitude of artistic media: photographs, films, videos, slide projections, art books and Performances.

The self-photography contains within it a feministic gesture of self-empowerment. While women were previously blocked from access to art academies, photography opened up an artistic space for action for them. Today this does not contradict taking male positions towards this into account as well.

In fact, with the invention of photography, many artists of the 20th and 21st century have been given access to a wider space of activity. The self-timer operates here as an operative and symbolic tool of revolt, serving less the need for self-representation, rather than the act of self-stylization. The practice of photographing oneself interacts with technological developments. This is shown in the composition of visible release cables, in the digital remote release or simply in the outstretched hand, among other things. To be the photographer and the subject photographed at the same time requires various forms of mechanisms of control. The gaze into the camera creates distance in itself, yet also serves to monitor one’s own self. A visual relationship thus emerges between subject and world under the medial conditions prevailing. As can be seen in one’s own works, publishing the private is sometimes accompanied by creating fiction and ultimately with a loss of artistic control.

The self-photography, which was considered a category of art history for centuries, has turned into an omnipresent phenomenon of popular culture in recent times due to such social media as Facebook and Instagram. To this extent the exhibition’s concept also embeds the current ‘selfie-hype’ in a history of art, inviting others to ‘visualise’ themselves. With their similarity with self-portraits, ‘selfies’ may continue in terms of form the history of the photographic self-portrait. Unlike the unconscious and intimate snaps from current media phenomena and youth culture hype, which in their medial dissemination can lead to loss of photographic control, the works shown in the exhibition reflect their own mediality.

The photo is part of an art process in which photographic objects undergo a transformation; photography functions as an instrument for recording a process of realisation. Like in VALIE EXPORT’s Body Configurations (1972–1982), the photographic act turns into a performative gesture of inscribing one’s own body on the world. Renate Bertlmann employs the camera as an alter ego; in the series Metamorphoses (1969) and Renée ou René (1977), she plays with male and female role models. In Self-Portrait (1967) Peter Weibel turns into a woman for the duration of the photograph with the aid of female props. In her collages Katrina – Dashner carries out a masquerade as a game with social clichés, while Anja Manfredi in serial shootings such as Bow and Applause (2006) turns the spotlight on her own body as a symbol.

To carve out more clearly the context of performative art production a set of live performances will introduce the exhibition during the opening day.

Artist Dorit Margreiter’s design for the exhibition takes up the employment in the works shown of intimacy and revelation, of the private and the public, of concealing and declaiming, of looking and being looked at, bringing the element of a screen into play as a kind of agent provocateur.

The exhibition is supported by the Federal Chancellery of Austria and was premiered at the Austrian Cultural Forum (ACF) in New York in summer 2014 with the title Self-Timer Stories. Museum der Moderne Salzburg 29th of November 2015 - March 2015 with the title Selbstauslöser.
www.musac.es