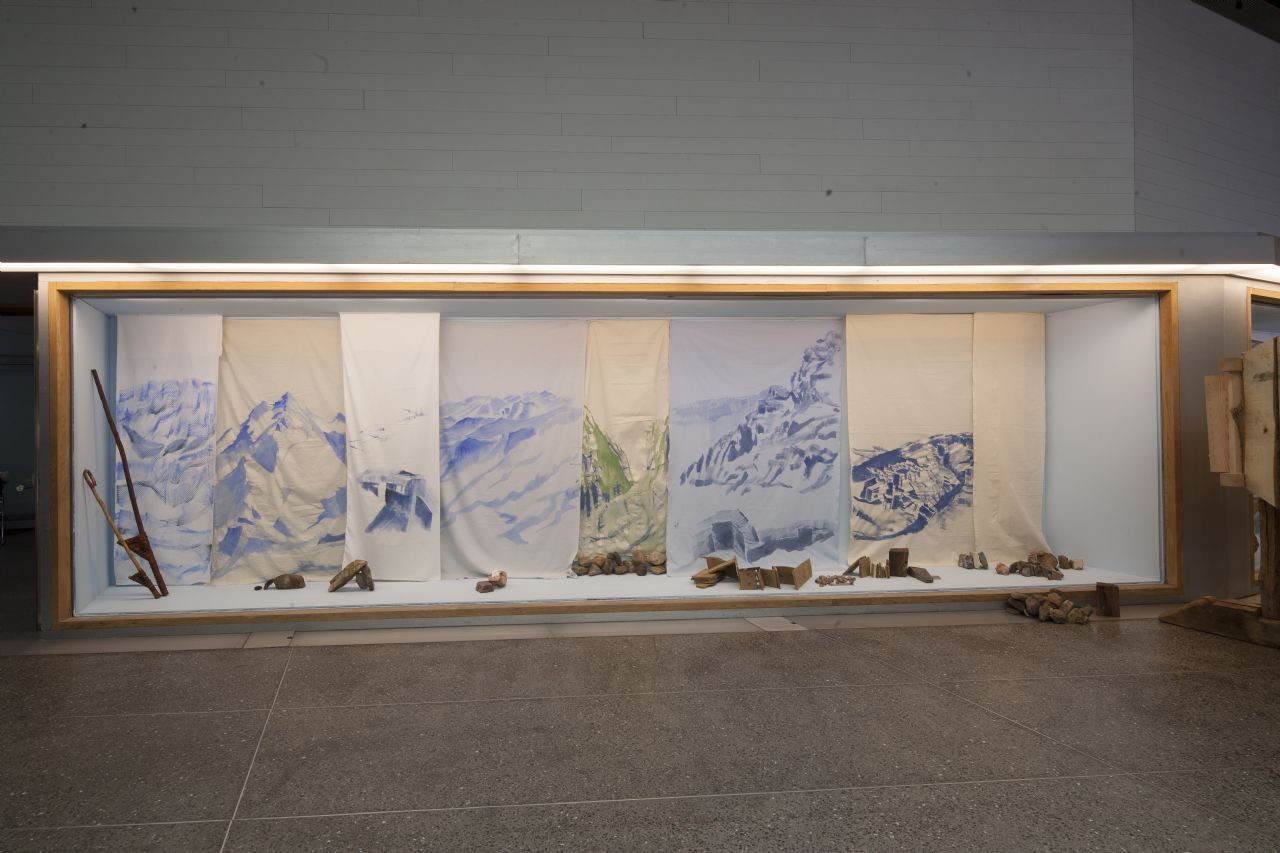 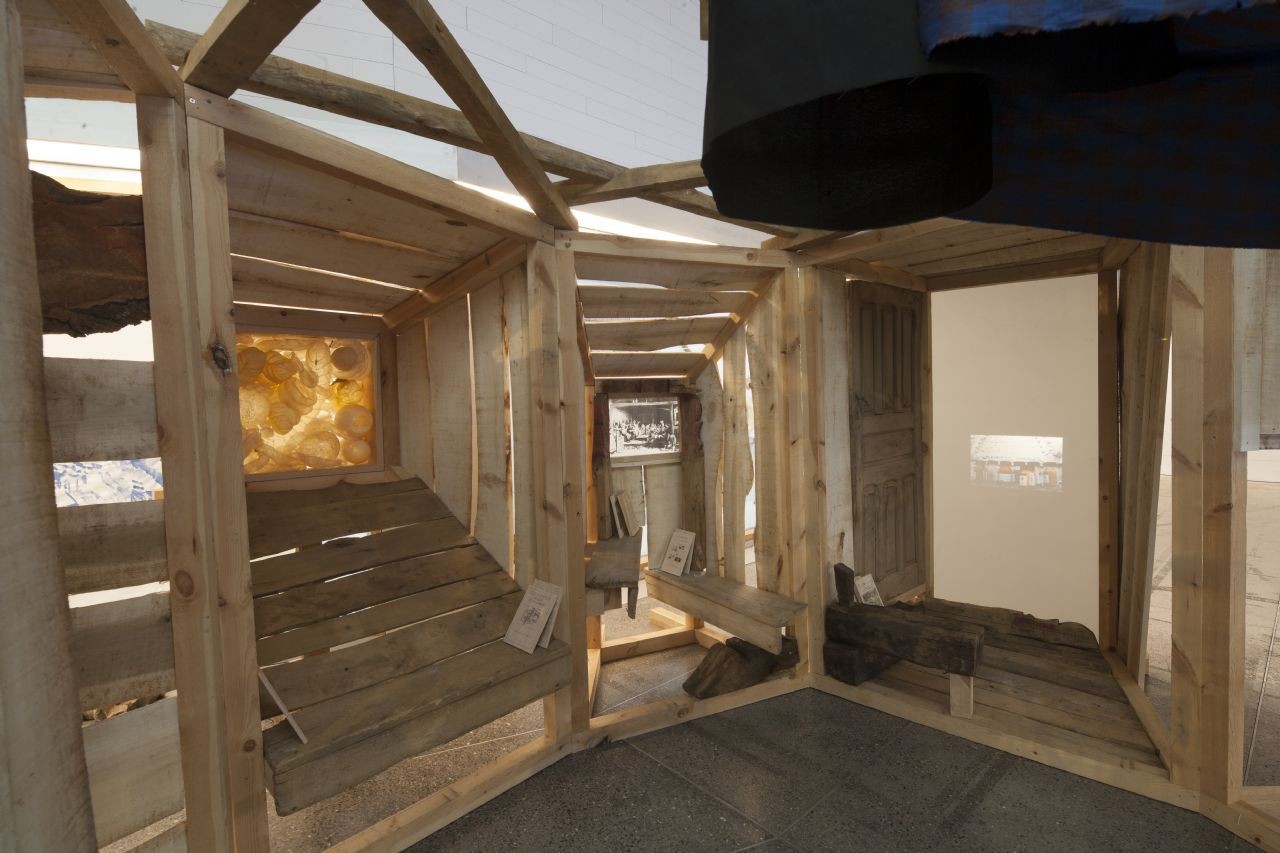 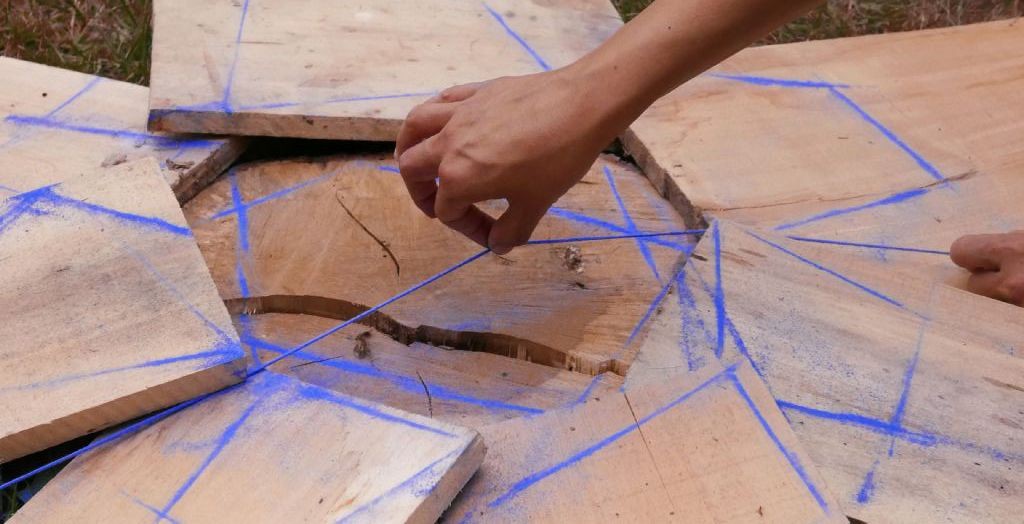 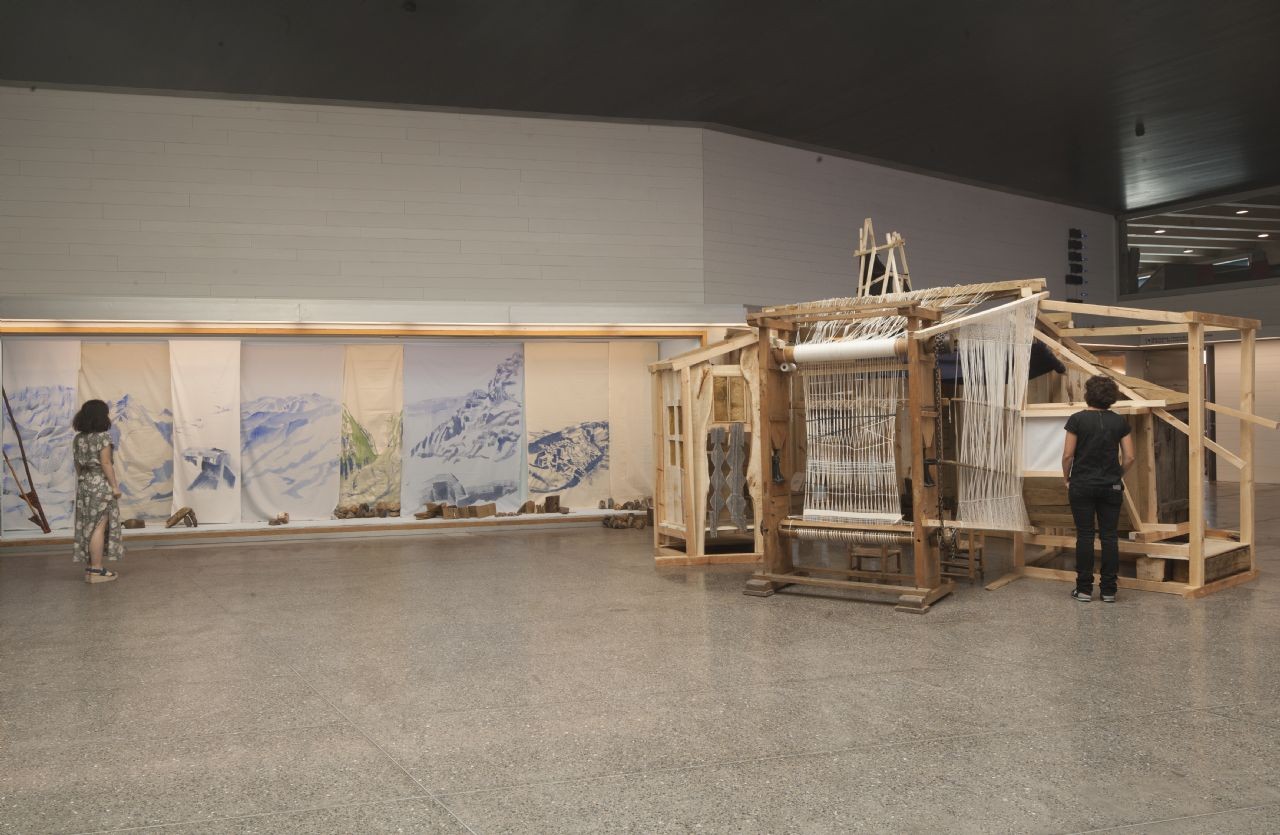 The works of Susana Velasco seek to give a materiality to the links between the communities and the landscape that they inhabit,through projects such as 'Ermita-Cámara Solar de Herreruela' (2009, Cáceres) or 'Pequeño Museo de lo Comunal' (2012) Almonaster la Real (Huelva). These works form part of a long-term research that tries to articulate for the present a sensitivity that collects the witness of the old communals, those goods or resources that belong to and benefit an entire community, and that today are at risk of being lost.

During the last five years Susana Velasco has been investigating on the mediation role of architecture and its relationship with the different scales of bodies and the environment. Architecture is influenced, on the one hand, by the bodies that build and inhabit it, and on the other, by the territory where it sits. It thus occupies an interstitial space that makes visible the profound interdependence of everything that surrounds and defines us.

The result of this research is a study of three proto-architectures in different territories. These are three spatial typologies acting also as three symbolic figures: huts, chambers and trenches. The choice of these cases of vernacular and self-built architecture has been determined by Velasco’s wish to explore how forms of architecture occupy a mediating position between the territory and the ways of life.

In this manner, basing on notions such as the primitive hut (developed in EscritosFundamentales of Gotfried Semper: fire and its protection), or on the mechanisms of the Camera Obscura, she explores the territory to find traces that tell us about its transition to our contemporary reality. However, there is no clear wish to articulate a closed and definitive explanation, but rather to work looking from a present continuous perspective.

The myth of the primitive hut has reappeared in certain moments of history and architecture to introduce a paradigm shift. The conclusion drawn by architecture theorist J. Rykwert’s in his On Adam's House in Paradise (1974) is that it is not only a refuge from the weather, but also a volume that the first inhabitant — Adam — could interpret in terms of his own body. That is, Rykwert concludes that the primitive hut is, above all, an action: ‘The memory of which we speak, however, is not quite of an object but rather of a state — of something that was; and of something that was done, was made: an action. It is a collective memory kept alive within groups by legends and rituals.’

Returning to the issue of perspective, these figures can be understood as three distinctive types of observatories that do not adopt a purely contemplative attitude but work by creating networks or opening holes in the different orders of the environment in which they are immersed. Thus, the material (in the form of mediating elements) enters in communion with the immaterial — the notion of the common or community deriving from the sacred and the wild. We can find examples of these observatories in the palombières (hunting lodges in the South West of France), the front trenches of Spanish Civil War or the experimental Camera Obscura that Velasco built inside Santo Isidro Chapel in Herreruela de Oropesa. In all cases, a connection between inside and outside, and between bodies and territories is sought in order to build architectural configurations that are the result of the encounter between forms of the social and forms of the context.

Velasco research expands in the MUSAC’s exhibition through a specific study carried out in the province of León: a vast and diverse landscape where signs of an archaic life in objects, gestures and rituals giving an account of an intermediary relationship between bodies and territories can still be found.

In a series of trips through the villages and valleys of the province (Alto Sil, Laciana, Babia, Omaña, La Ribera, La Cabrera, El Torío...) Velasco has been collecting elements that articulate a form of common and shared sensibility. These elements of topological form — architecture, arts and crafts, artistic forms, rituals and popular practices, or in the process of extinction — contain some keys to our relationship with the environment, and show how the forms of architecture act as intermediaries between the landscape and the human body, between the territorial and the social, between the individual and the community.

From Scattered Fragments refers us to the way of doing of the bricoleur, he who operates with fragments, with pieces, with residues of human works and wishes the return of the go together of things. Of this bricoleur the anthropologist Lévi-Strauss says that with the help of the ‘imagine mundi he builds step by step a sort of mental buildings that provide him with the intelligence of the world.’ And it is also an invitation to complete the title, by way of this beautiful question: ‘How can a people be made today from scattered fragments?’, question posed by Amador Fernández-Savater in his interview with Jacques Rancière (Construir los lugares de lo político, 2011), in which they discuss the possibility to find common ways and common ground in the present-day struggles in order to create links in the current broken social and political configuration.

From Scattered Fragments is an exhibition that aims to highlight the complex relationships between the built, the unmodified, the artificial, the human and the non-human. Through three components — an architecture, a collection of objects and a landscape — the exhibition creates a synthesis through an installation made up of different fragments: references from previous works such as the hut and chapel, videos of actions where there is a transition from scale of the body to the scale of the landscape, mediating windows, and an old loom that assembles all the components. The articulation of these components resembles a tectonic framework where the different parties constitute a single spatial unit where meetings as well as other related actions can take place. In addition to this, a display case shows a group of objects used in various popular practices, which are associated to certain images taken on her journeys across the province; in another display case there is a scene of a landscape functioning as a background for the small construction, turning the museum hall into an inside passage that re-opens from the entrance towards the outside, towards the orographic borders of the expanded territory in which it sits.

The whole installation forms a constellation of varied elements gathered in the province of León that have been rearranged in order to reconstruct and host other stories that generate a critical discourse on the past and the present: an architecture whose function would be to host the common spirit of this land. On the other hand, this work allows us to wonder about the role of architecture in our time, to ask ourselves if it can stop being a tool of submission and become a tool of creation of relations of equality, bonds of community, a tool at the service of certain emancipation. This work, therefore, is trying to answer two questions: Can architecture be a means of building a common sensibility? To what extent is the idea of ‘community’ in the practice of architecture viable?

For the project, different collaborations with several institutions have taken place: the collection of the Provincial Ethnographical Museum and the archive of Sierra Pambley Foundation has been reinterpreted and some pieces have been selected for MUSAC’s show, there has been a collaboration with the women students of the school of Arts and Crafts in Leon, also incorporating their loom of high-wrap tapestry to the installation, Velasco, the curator and her coordinator have been privileged attendees to the recreation of an Open Council in Pedrún de Torío as well as in the zafarronada of the winter festivities in Riello, and the ancient figure of the Giraffe from Villalfeide’s masquerades has been recovered through her work, besides celebrating many encounters with villagers and enthusiasts of their region who have transformed this project into a shared search.
www.musac.es