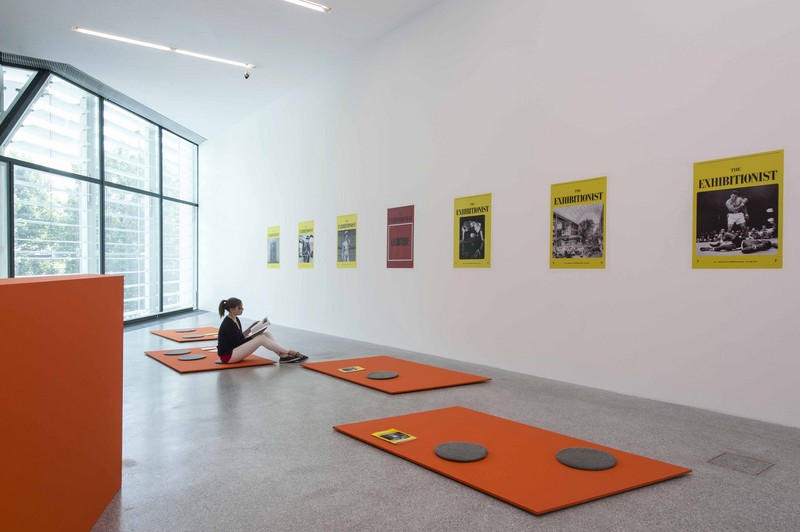 What does producing art mean in today’s globalised world? Museion’s thematic exhibition for 2013, presented by the Chinese curators Carol Yinghua Lu and Liu Ding, takes a global look at the various elements of the art system: from artists to curators, publishers and critics. In the current scenario, where market response, visitor numbers and media hype seem to be the key factors motivating artistic practice, “Little Movements II” explores a number of practices with a highly individual approach that reject the “system” and the established hierarchy. The Museion show continues the work presented in “Little Movements”, the exhibition staged in 2011 at the OCT Contemporary Art Terminal in Shenzhen
Presented on the second and third floors of Museion, the exhibition features 17 practices – ranging from artistic projects to curatorial and institutional work and art history research – that exist independently from the art system and mainstream cultural values. These little stories from different places and times are presented at various platforms featuring audio and video accounts, photographs, models, original documents and artworks.
The “case studies” selected range from the utopian visions of urban space dreamt up by the Belgian architect Luc Deleu, to the artistic/publishing operation of Ai Wei Wei, who managed to circulate more than 3,000 copies of his three publications (Black/White and Grey Cover) featuring political content by contemporary Chinese artists, bypassing the official distribution circuits, to the French writer and politician André Malraux and his “Imaginary Museum”: a ‘museum of the mind’ of reproduced images, created in 1947 but highly topical today. Among the practices distant from the Western perception of culture is also the project by the Chinese artist Chen Tong, whose Libreria Borges Institute for Contemporary Art in Guangzhou, China, is an independent centre for shows and meetings, operating outside of the establishment.
The show focuses not only on personalities but also phenomena from the art world, like unitednationsplaza, originally set up as a temporary school in East Berlin in 2007 by Anton Vidokle, which continued in the form of e-flux journal that has become an ongoing project. Many of the stories and approaches featured reveal the urge to overcome the East-West divide in the perception of art, as can be seen in the work of the curator Igor Zabel, and the exhibition “Individual Systems” he curated in 2003 for the 50th Venice Biennale, and that of the American art historian James Cahill, whose series of online lectures heralded a new approach to traditional Chinese painting, not isolating it but studying it in relation to some of the greatest Western traditions. Overcoming the East-West divide, and coining a new artistic lexicon suited to the global art world was also the aim of Global Art and the Museum (GAM), the collective project launched by the German art historian Hans Belting and Peter Weibel of the Karlsruhe Art and Media Centre (ZKM), also presented in this section of “Little Movements II”.
Like the thematic exhibition of 2012 “The New Public”, “Little Movements II” takes a two-pronged approach, presenting the exhibition but also eliciting the involvement of the public. The exhibition’s reflections on the art system at large is the perfect opportunity to present the museum “system” and its workings. In this context, Museion staff will be talking to visitors about their professions and their work in a series of events during the free guided tours on Thursday evenings (every Thursday at 7 pm, starting on 11th July with the director of Museion, Letizia Ragaglia).
“Contemporary art museums have to combine the classic tasks of conserving, presenting and conveying art while constantly, critically exploring their own public and social role. Museion in Bolzano is rooted in a Western setting, still dominated by a universal idea of art: by inviting two curators who are not from the ‘old’ or ‘Western’ world we also set out to configure and present our museum as a platform for contemporary culture that goes beyond what is simply ‘new’ or ‘current’ “ – explains Letizia Ragaglia, director of Museion.
The exhibition is accompanied by a catalogue (dt/ita/eng) with essays by Liu Ding, Carol Yinghua Lu, Su Wei, Hently Yapp, Letizia Ragaglia et al. published by Walter König Verlag.
The practices presented in Little Movements II
Ai Weiwei and Black Cover Book, White Cover Book, and Grey Cover Book; Rasheed Araeen and The Third Text; Hans Belting and Global Art and the Museum; James Cahill and A Pure and Remote View: Visualizing Early Chinese Landscape Painting; Paul Chan and Calvin Tomkins on Marcel Duchamp; Chen Tong and the Borges Libreria Institute for Art; Luc Deleu and Vipcity; Geng Jianyi and 45 Degrees as a Reason, and Agreed to the Date 26 Nov. 1994 as a Reason; Han Dong and They; Jens Hoffmann and The Exhibitionist; Lu Yue and Mr. Zhao, The Obscure; Andre Malraux and Musée imaginaire; Hito Steyerl and The Empty Centre; Anton Vidokle and unitednationsplaza, e-flux; Wang Guangyi and Zhuhai Meeting; Igor Zabel and Individual Systems; Once is Nothing Little Movements: Self-practice in Contemporary Art in OCAT Shenzhen.
www.museion.it