The Collection in Action 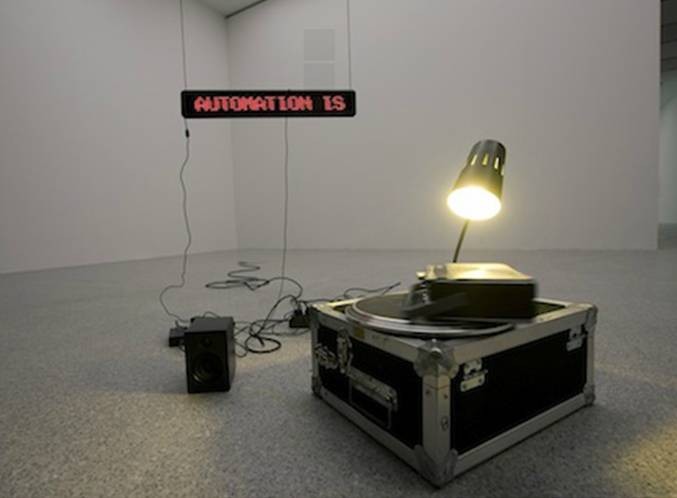 Contemporary history, literature, science fiction, socio-political issues, but also our fragmented, sometimes warped vision of what surrounds us: these are the issues tackled in the exhibition “The Collection in Action”. Activated with a helping hand from technology, the works, after being produced and installed, thus come to life in the venue. Many are leaving storage to be presented to the public for the very first time, continuing Museion’s exploration of the different nuclei of artworks in its collection. These artworks are not there simply to be contemplated. Rather than a “front on” encounter with art in a set time and space, they elicit a “decentred” approach, in which the temporal dimension plays a key role. The works on show are therefore based on the idea of an active viewer who moves around them and experiences them for their duration, engaging critically with the issues they raise. Lastly the exhibition also involves the façade of Museion, with a video created for the occasion by the artist Michael Fliri: the unseen looks like something you have never seen, 2011. This playfully tautological title alludes to the imaginative potential that every work of art contains.