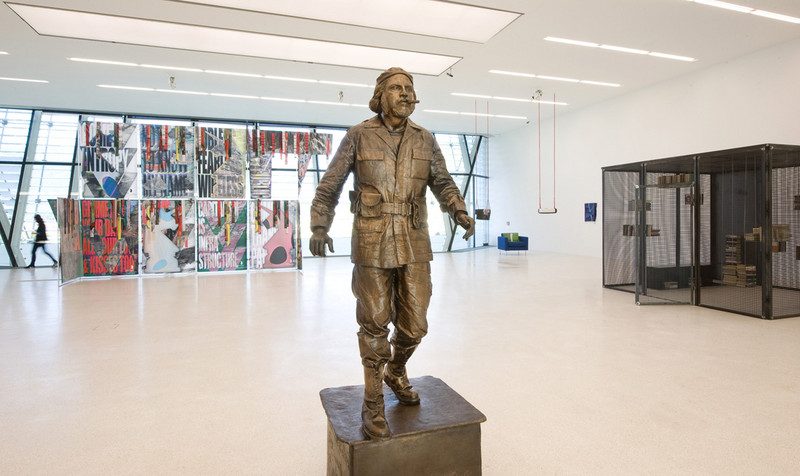 Artists in the exhibition
Nina Beier, Rossella Biscotti & Kevin van Braak, Juliette Blightman, Valentin Carron, Matias Faldbakken, Petrit Halilaj, Christian Jankowski, San Keller, Klara Lidén, Erik van Lieshout, Helen Marten, Metahaven, Danh Vo.
“The New Public. From a new public dimension to new users.” is the exhibition set to open Museion’s autumn season on 14th September, curated by Rein Wolfs, Museion’s guest curator for 2012 and director of the Kunsthalle Fridericianum in Kassel. Our concept of the public dimension has changed hugely over the last few decades. On one hand, public control over economic and social developments has weakened, making way for a new world order run by the private economy – a situation that is lambasted by protest movements such as Occupy.

In other ways, however, the concept of the “public sphere” has gained increasing importance in today’s society. Thanks to modern technologies, social media and the internet, the intimate is immediately published; thoughts are declared before they are even properly formulated, and anything perceived as immoral is instantly condemned. The term “political correctness” is increasingly losing terrain and populism is rife, with the majority view being taken as a political norm. The public sphere has become a new public sphere.
The importance of the public in contemporary art has also changed radically. The new modes of communication have influenced the way museums work when it comes to mediation and public relations. Moreover, curatorial work and even artistic practice itself have developed new and unexpected strategies for relating to the public. Thanks to the paradigm shift occasioned by the so-called “educational turn”, the public has changed, becoming what could be considered a new public.