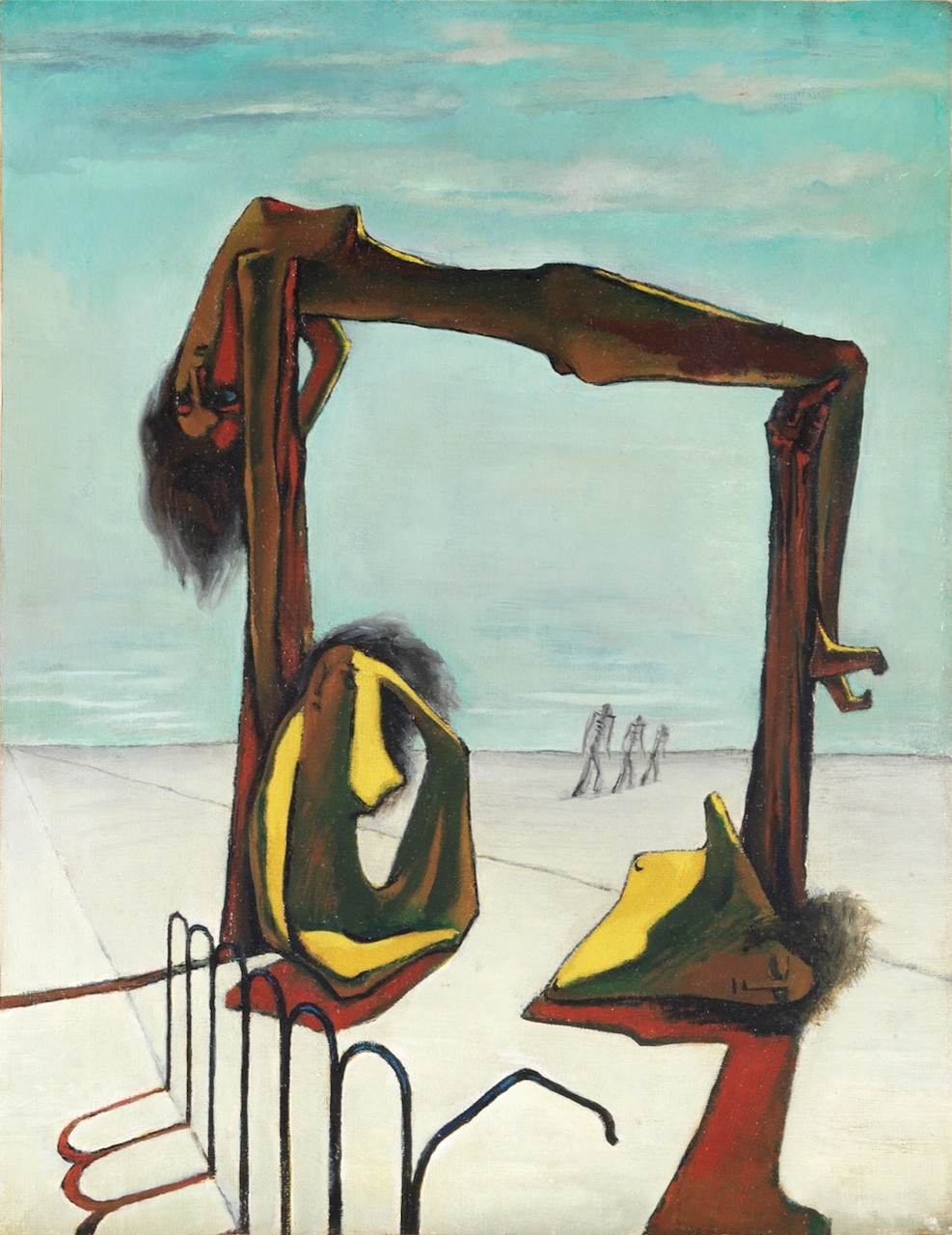 Curatorship: Sam Bardaouil and Till Fellrath

This exhibition is the first monographic show on the activity of the Art et Liberté Group, a collective of artists working out of Cairo during World War Two. The exhibition comprises a selection of around one hundred pictorial works and a range of photographic and documentary materials.

The Art et Liberté Group, founded by Georges Henein, Ramses Younan, Kamel El-Telmissany and Fouad Kamel, cultivated a vernacular artistic practice bound to Surrealism and international artistic debate. Its members called into question the academic and nationalist tendency of the bourgeois art that pervaded Egypt at the time, whilst also establishing artistic exchanges with surrealist movements from other places, for instance Paris, Brussels and Mexico City.

The collective’s overlapping with the reality facing Spain in the 1930s occurred on numerous levels, manifesting itself through a commitment against growing fascism. The Egyptian surrealists’ decision to choose the image of Picasso’s Guernica to illustrate their first manifesto, Vive l’art dégeneré (Long Live Degenerate Art, 1938), and their condemnation of different publications from Franco’s uprising, offering their solidarity with artists and the Spanish people, are an example of this involvement.