I Am Also not a Book 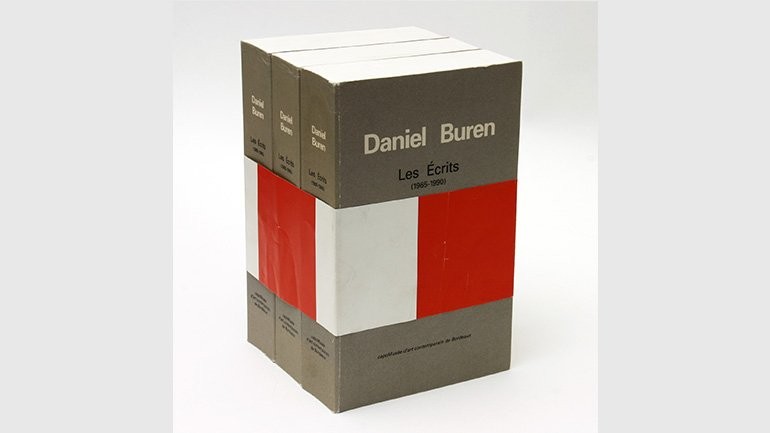 I Am Also not a Book is the title of the last part of a trilogy of exhibitions which includes It is not new, it is a book (from September, 2014 to May, 2015) and I call them simply books (from May to October, 2015). On this occasion, the title refers to the 1973 work by John M. Belis, I Am Also not a Book, which consists of a card with the sentence “Attach this card to any book-type object and it will become a genuine John M. Belis,” and which can indeed be affixed to any book-shaped object.

Altogether, the three parts, curated by Guy Schraenen, provide an overview of the main investigative fields within the universe of artists’ books. While part one dealt with the tautological notion of the artist’s book, and part two reflected on the artist’s book as an artwork in its own right, equivalent to a painting or a sculpture, part three focuses on works that exist at the interface between a book and an object.

In the past, artists and writers had already created book works that escaped from the traditional form, material, and concept of a book. For these chosen books, the appearance, content, or aim of the conventional book is used as a model for a transformation into a new representation, similar to, for example, when a body is taken as the model for a painting or a sculpture. Sometimes the model is recognizable, sometimes it is subverted. The possibilities of mutating the book range from a single page by Jiří Valoch to a large concrete block by Wolf Vostell. Les Écrits (1965-1990) by Daniel Buren seems to be a banal publication of collected writings. But by packing the three volumes into a banderole that carries his “visual tools,” the vertical stripes, the work becomes an example of the extended language of this visual artist who entangles his intellectual ideas and his visual language to the point of indistinguishability.

In all the exhibited books or objects, the use of understandable language is abandoned in favor of the visual form. By destroying the ordinary aspect of the book, the artists do not destroy the idea of the book; rather they draw attention to the myths about the author and the book as a tool of the powers that be.
www.museoreinasofia.es