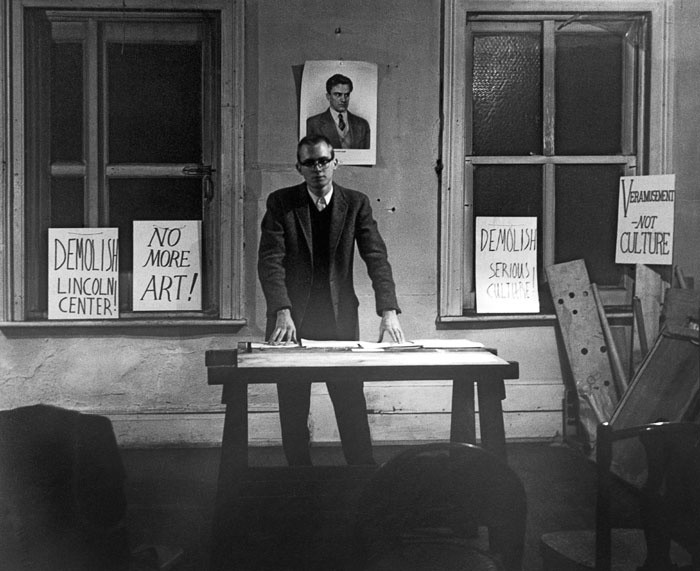 The 1960s may be the 20th century decade that wrote the code for our contemporary moment. Introducing text/information-based strategies, real-time, and the rupture of specific media boundaries into artistic practice, it defined creative criteria, models of authorship mediation, and new distribution networks that are still very much with us. A focus of recent scholarship—specifically the crux moments at the inception of Fluxus (1962), Minimalism (1963), Conceptual Art (c.1965-68, and Institutional Critique (1968) – the art-historical and museum canonization of Sixties “movements” is yet to penetrate the radical rupture that redefined the creative act at this time.

The exhibition ± I96I posits a deliberately unfamiliar and anonymous temporal marker to spark debate about how and when the first new theoretical and artistic ground was broken, positing the point at which the “expanded arts” of the Sixties could first be glimpsed. Choosing a field of radical invention before the leading names and terms of the decade were critically and historically defined – considering precursors such as Anna Halprin and John Cage, and breakthrough 1961 work by figures such as La Monte Young, Robert Morris, George Brecht, Henry Flynt, Simone Forti, Jackson Mac Low, Walter de Maria, George Maciunas, Ray Johnson, Emmett Williams, Nam June Paik, Yoko Ono, et al -- the exhibition traces the initial crystallization of certain key ideas. At the center of this is the musical score, subjected to unprecedented experimentation, which became the ur-model for all the arts, rupturing disciplinary and medium specificity, revealing a newly activated creative field that extends from the postmodern to now.
www.museoreinasofia.es