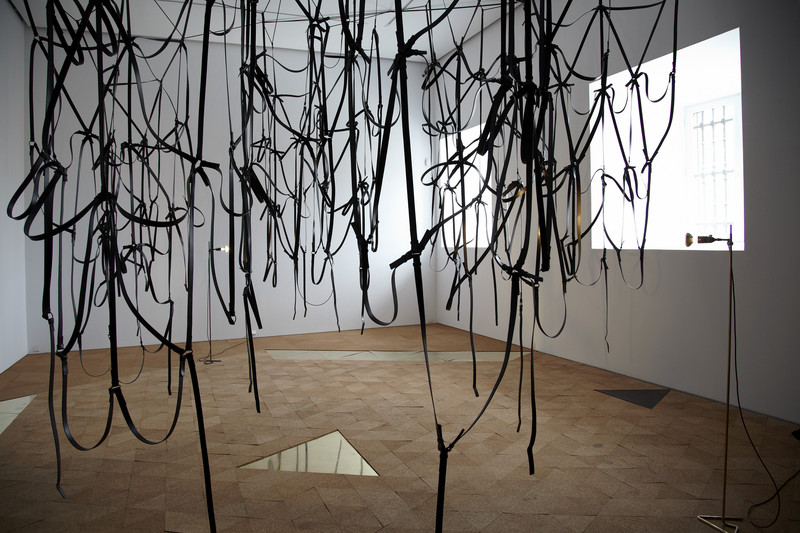 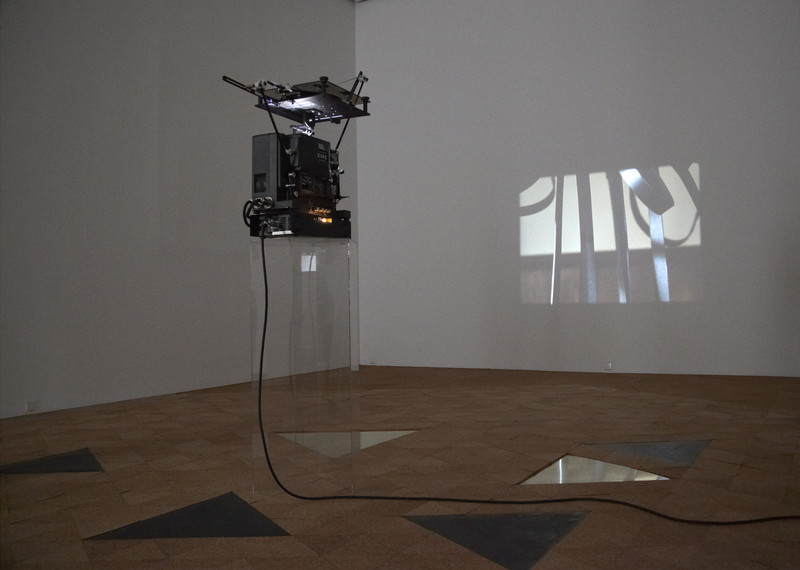 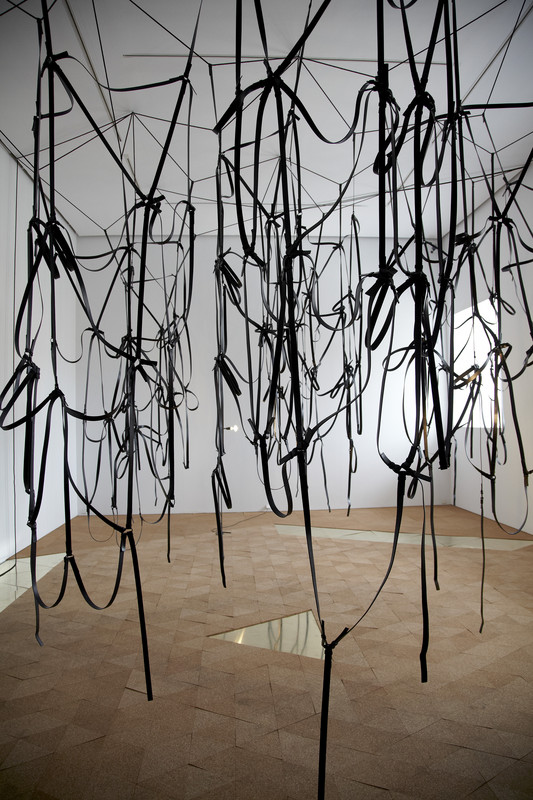 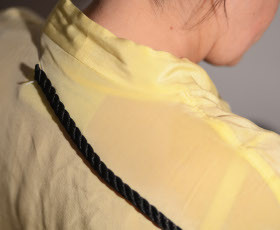 The sculptural interventions of Leonor Antunes (Lisbon, 1972) build their meaning from within their dense materiality, without making reference to a specific symbolic content, transforming the places in which they are installed and making visible the tensions and energy that exist in such places. Her work vindicates the material autonomy of forms and also a certain autonomy of meaning, the strength of the pure gesture. Notions such as measure, scale or proportion also play a key role. For Antunes, who lives and works in Berlin, restriction is something that articulates her proposal. Like artists such as Duchamp, John Cage or Rodney Graham, she imposes a series of very strict methodological rules on herself which, paradoxically, allow her to work with a great deal of freedom and to incorporate chance and arbitrarity into her sculptures – in which the means of construction are often apparent.

Her work methodology involves the use of pre-existing elements and objects, which in many but not all cases are of architectural origin. She investigates what occurs when they are duplicated and/or relocated into time and spatial contexts that are foreign to them, and what new feelings and emotions they acquire upon such displacement. One example is the project shown at Museo Reina Sofía, where the Portuguese artist explores the possibilities of modulation and reflects on the relationship between the body and constructed space.

Leonor Antunes has created a sculptural installation with two basic points of departure. One point of reference is a certain moment in the history of Spanish art, the decade of the 1950s and, specifically, one of the most unique architectural spaces from that period: the pavilion designed by Corrales and Molezún for the Brussels World's Fair in 1958, which moved afterwards to Madrid's Casa de Campo. The other point of reference is Maya Deren’s film Witch's Cradle (1943), which looks at the exhibition space that Frederick Kiesler designed in New York to display the Peggy Guggenheim collection of modern art. Antunes has created a series of sculptural pieces that recreate the modular structures of the Corrales and Molezún building and also a video inspired by Maya Deren film’s where, in the artist's own words, we can see these pieces as if they had existed in another place and had suddenly adapted to the exhibition room.
www.museoreinasofia.es