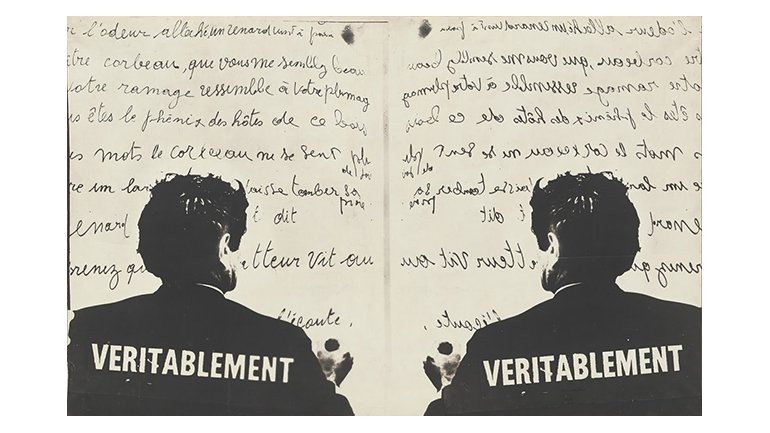 The Museum of Modern Art, New York, and the Museo Reina Sofía have organised one of the most comprehensive retrospectives devoted to Belgian artist Marcel Broodthaers (1924–1976). His remarkable output in the 1960s and 1970s established him as one of the most important artists on the international scene, and one of the most influential for numerous contemporary artists from that time to the present day. Following his initial work as a poet, journalist and photographer, in 1964 Marcel Broodthaers decided to become a visual artist, and from that moment on a response to the basic questions in plastic arts can be discerned across his work as he questioned the idea of representation and the production of meaning through the use of existing knowledge systems.

Throughout his career, from the early objects made from mussels and eggs to the subsequent fictitious museum, the Musée d’Art Moderne. Département des Aigles, or the retrospective Décor. A Conquest by Marcel Broodthaers, unveiled in 1975 in the Institute of Contemporary Arts, London, Broodthaers always occupied a unique place in the art world. By way of a radical approach to traditional focuses on poetry, film, books and exhibitions, the artist found his own path for expressing his personal viewpoint in the burgeoning years of Pop Art and Conceptual Art, as well as creating a whole structure centred on institutional critique.

The exhibition, which spans the multiple sides of the artist via the selection of around 300 works representing his artistic practice, is joined by the publication of an extensive catalogue, with both Spanish and English editions, featuring texts by curators and art historians such as Jean-François Chevrier, Thierry de Duve and Benjamin H. D. Buchloh, in addition to a selection of chapters devoted to different parts of the Belgian artist’s work.
www.museoreinasofia.es