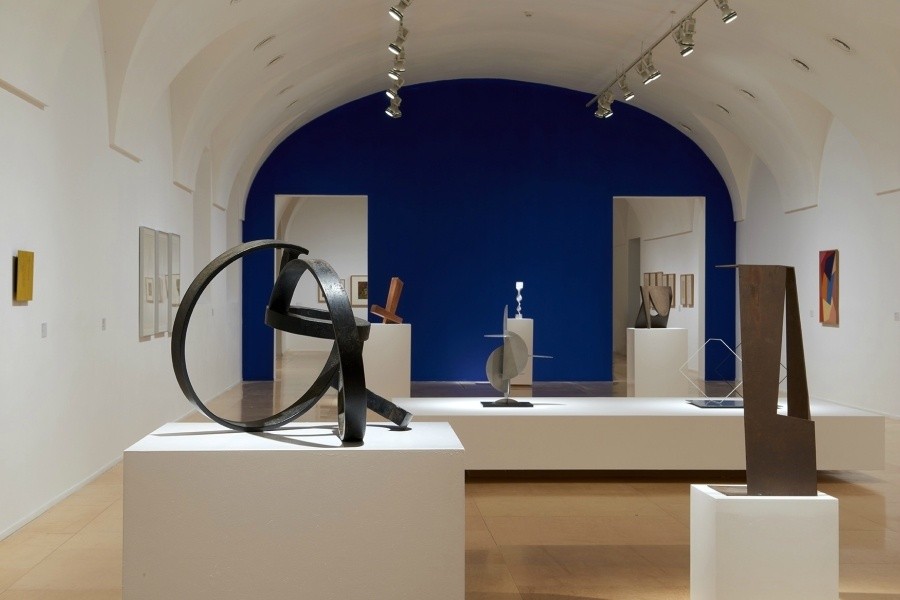 The Brazilian Mário Pedrosa (Pernambuco, 1900 – Rio de Janeiro, 1981) was one of the most important Latin American thinkers of the 20th century. Pedrosa incarnates the paradigm of the public intellectual committed to the debate on the future of society in both cultural and political terms. From his participation in the origins of the Fourth International to the foundation of the Partido dos Trabalhadores (PT, ‘Workers’ Party’) a year before his death, he was always a man of profound Marxist and Trotskyist convictions. This was mainly published in two Rio de Janeiro newspapers, the Correio da Manhã (from 1946) and the Jornal do Brasil (from 1957), for which he wrote columns on the visual arts. As an interlocutor in the formation of Brazil’s modern culture, he helped to consolidate modern art institutions and acted at different periods as director and consultant of the São Paulo Biennial, which he was instrumental in establishing. At the end of the 1950s, as chairman of the International Association of Art Critics (AICA), he organized a conference in Brasilia, a city then still under construction, on the theme of the city of the future, which was attended by the world’s leading critics. For Pedrosa, Brasilia incarnated the possibility of a city planned through the medium of architecture to create a new social structure.

Pedrosa’s artistic thought is based on an astute analysis of the psychology of form, of how the artist finds a formal language for self-expression, and how the viewer receives and processes that information. Pedrosa spoke of art as a “vital necessity”, a communicative impulse inherent to every human being. He therefore showed recognition and support for many different artistic expressions, ranging horizontally from social realism to the most rational abstraction or to the art of children and the mentally impaired. The title of his 1949 doctoral thesis, “On the affective nature of form in the work of art”, sums up his interest in affect and form.

The current exhibition is intended as a tribute to Mário Pedrosa through a selection of Brazilian and international art that responds to some of the artistic questions he addressed at different points in his intellectual production. The show embraces an open, plural and non-linear model of art history, regarding it not as a sequence of superimposed styles and languages but as a series of proposals for establishing an effective communication between artist and viewer.

The exhibition begins with the first flowering of Pedrosa’s critical thought in the 1930s, when he expressed his affinity with the art of the German engraver Käthe Kollwitz, whose expressionist works portray the miserable conditions of the German working class at that time. For Pedrosa, Kollwitz’s empathy for the models she portrays sets her apart from propaganda art and enables her to create a genuine social class conscience. At the start of the 1940s, Pedrosa found a similar spirit in the Brazilian painters Candido Portinari and Emiliano Di Cavalcanti, whose popular subjects reflect a special concern with Brazilian mass culture.

Pedrosa’s interest in visual psychology brought him in the late 1940s into contact with a pioneering experiment carried out at a psychiatric hospital on the outskirts of Rio de Janeiro. It consisted of artistic production by the patients within the framework of occupational therapy. For Pedrosa, the results of these experiments proved that every human being can communicate through visual form. He kept up a long relationship with such artists from then on, writing on their work and helping to organize exhibitions for them at the Museu de Arte Moderna do Rio de Janeiro (MAM-RJ). ‘Virgin art’, as he designated the art of the mentally ill, children and self-taught artists, was for him one of the most crucial tendencies for an understanding of modern art.

The creation of the São Paulo Biennial in 1951 marked an important watershed in his thought. With an impressive display of national and international art, Brazil took up a strong position in the post-war international art panorama, taking advantage of a moment of economic growth and geopolitical ambition. In the 1st Biennial, Pedrosa detected a new spirit among young artists, who were experimenting with abstract art, and from that moment became a firm defender of the new generations. In the 1950s, Pedrosa closely followed the formation of the avant-garde groups Ruptura and Frente in São Paulo and Rio de Janeiro respectively, becoming not only the champion but also the theoretical articulator of the Gestalt theories of visual psychology that were to prove fundamental to the development of Brazilian abstract art, marked by a strong emphasis on the subjectivity of perception and the senses.

Pedrosa’s international experience and his involvement in the São Paulo Biennial allowed him to gain a privileged perspective and understanding of Brazil’s role on the world art scene. He created a model of national art fully engaged in dialogue with global contemporary creativity, exemplifed in the relations he established, for instance, between the Brazilian Lygia Clark and the American Alexander Calder, or between the Italian Giorgio Morandi and the Brazilian Milton Dacosta.

In the 1960s, Brazil’s optimism and economic growth were paralyzed by the coup d’état of 1964 and the curtailment of civil rights. Forced into exile toward the end of the decade, Pedrosa went to Chile, where he played a fundamental role in the creation of the Museo de la Solidaridad [Museum of Solidarity], a project in support of Salvador Allende’s government. After the coup of Pinochet in 1973, Pedrosa began a new period of exile that took him to Mexico and Paris before his return to Brazil in 1977. There he found a different cultural scenario, with an increasingly experimental and avant-garde art. He designated these phenomena “postmodern art” to distinguish them from the more formalist discourses of the 1950s. During this period, he started to envisage a less Eurocentric history of art, and became interested in the art of the Afro-Brazilian and indigenous cultures. After the fire in 1978 at the MAM-RJ, the emblem of rationalist modern art, Pedrosa proposed a new structure to replace it under the name of Museu das Origens [Museum of Origins], where modern art would enter into dialogue with ‘virgin’, indigenous, African and popular art. Though never implemented, it was a proposal for a radical decolonization of Brazilian art.

In the work of Mário Pedrosa, for whom affect was prior to reason, we can find a model of open and plural criticism in a century characterized by the opposite. His great contribution was to think of art from the perspectives of communication and freedom, as “the experimental exercise of freedom”. For Pedrosa, the utopian drive in art aspired to social freedom through a revolution in individual sensibility.
www.museoreinasofia.es