NSK from Kapital to Capital 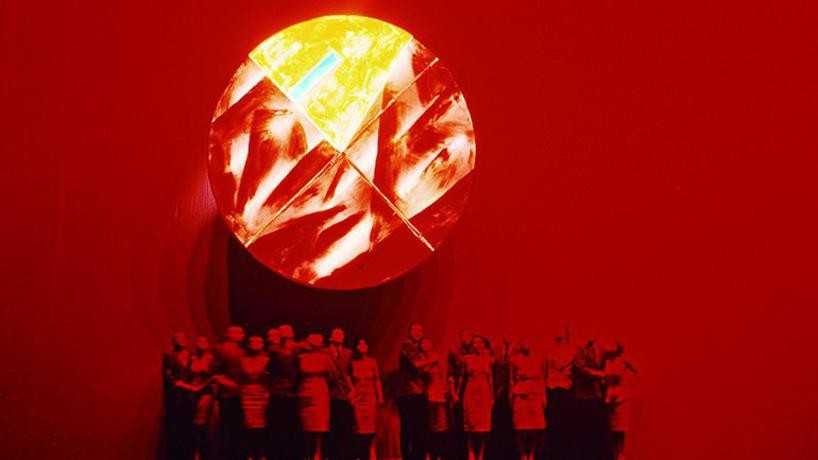 The present exhibition is the first retrospective in Spain on the artist group NSK (Neue Slowenische Kunst) [New Slovenian Art], which spearheaded one of the most important experiences in the culture that materialised in 1980s Yugoslavia, during the Cold War. NSK was a collective which bound together collectives and groups - Laibach, Irwin and the Scipion Nasice Sisters Theatre/SNTS – with approaches to a range of disciplines. They conceived a series of departments - New Collectivism, The Department of Pure and Applied Philosophy, Retrovision, Film and Builders – which underpinned the theory and practice of the aesthetic principle behind the retro-avant-garde, primarily drawing on influences from the Russian avant-garde, Bauhaus and Fluxus.

The show, entitled NSK from Kapital to Capital, displays a wealth of material on the group’s work in its different manifestations: public acts, concerts, exhibitions, theatre productions, performances, manifestos, interviews and numerous documents and testimonies.

Furthermore, a Spanish version of the catalogue published for the presentation of the exhibition in the Moderna galerija in 2015 will be printed, focusing on this telling moment in artistic collectivism, for which detailed documentation has been assembled on its works and actions, along with carefully selected texts.
www.museoreinasofia.es