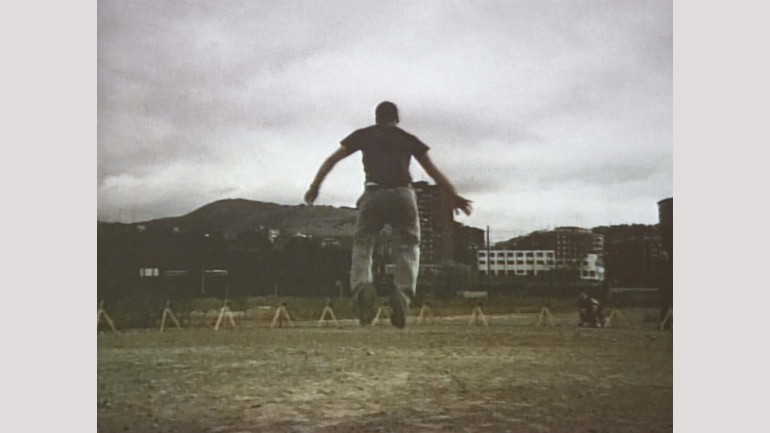 
This exhibition offering, folding out across two shows, sets forth a broad selection of works comprising the temporary loan made by the gallerist Soledad Lorenzo to the Museo Reina Sofía in 2014.

The first of them, Meeting Point, deals with concepts of space and geometry from different optics. With its point of departure set through two artists which are at the core of the Soledad Lorenzo Collection — Pablo Palazuelo and Antoni Tàpies — this survey spans 70 works in different formats by eminent artists with ties to the gallerist’s career, for instance Soledad Sevilla, Ángeles Marcos and the so-called Basque Group (Txomin Badiola, Peio Irazu, Sergio Prego and Jon Mikel Euba).

The second show, Personal Issues, concentrates on figurative language through a constellation of works by Spanish and international artists, with the selection starting at two reference points of Spanish figuration in Luis Gordillo and Alfonso Fraile – with whom Soledad Lorenzo unveiled her gallery in 1986 — before moving through to more unconventional pieces by artists such as Juan Ugalde, Jorge Galindo and Manuel Ocampo.

Moreover, the exhibition oversees the presence of American artists linked to the Metro Pictures Gallery in New York — David Salle, Tony Oursler, Ross Bleckner, Eric Fischl and George Condo — representing the incorporation of overseas creators in the gallery’s programme. The show also plays host to a selection of works by José Manuel Broto and Miquel Barceló, along with pieces from Julian Schnabel and Iñigo Manglano-Ovalle, as well as younger artists, constantly backed by the gallerist, like La Ribot and Itziar Okariz.

The loan is made up of 392 pieces by 86 artists, predominantly from Spain and spanning different generations, their practices traversing the disciplines of contemporary artistic creation. Therefore, despite the predominance of painting, sculpture and photography, the show also spotlights works on paper (drawings and prints), audiovisual pieces and installations.
www.museoreinasofia.es