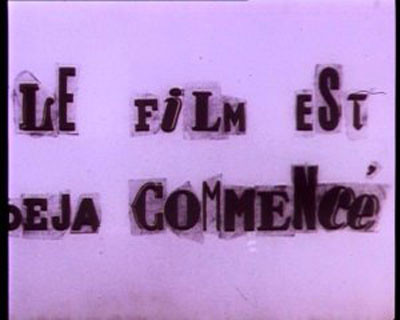 This exhibition looks at how Antonin Artaud's desire to transcend the limits of language - both spoken and written - lived on in the work of a series of creators linked to the avant-garde movements of the mid 20th century. Although Artaud's reception in post-structuralist theatre and theory has been thoroughly documented and analysed, to date little attention has been paid to the influence that his theories and proposals have had on the realm of the visual arts. This imbalance may be largely the result of the protagonism of neodadá in the historiography and exhibition of post-war art.

Specters of Artaud. Language and art in the 1950s includes about three hundred works by artists primarily from three geographical areas - France, the United States and Brazil - and it suggests that the process of appropriation, recontextualization and translation of Artaud's multi-faceted legacy is actually part of a broader intellectual history, one that is closely linked to the emergence, on both sides of the Atlantic, of a set of interdisciplinary art practices that called for the development of alternative models of modernity.

The exhibition traces the influence of Antonin Artaud in the various ramifications of the Letterist movement, which was founded by Isidore Isou and Gabriel Pomerand in 1946. At the same time it shows how his legacy was reinterpreted by some important figures from the North American avant-garde (John Cage, David Tudor, Robert Rauschenberg, Franz Kline...), as it examines the decisive role played in this process by the Black Mountain College (where in 1952 the writer Mary Caroline Richards read a fragment of her still unfinished translation of Le théâtre et son double that would be the inspiration for Cage's Theatre Piece #1), and analyses Artaud's influence on both Brazilian concrete poetry and on the work of two artists from the same country, Lygia Clark and Hélio Oiticica, who explored the potential of a more corporeal reception of the work of art. In addition, through a wide array of documentary and audiovisual materials, the exhibition shows how his book Van Gogh le suicidé de la société became a key element of the anti-psychiatry movement.
www.museoreinasofia.es