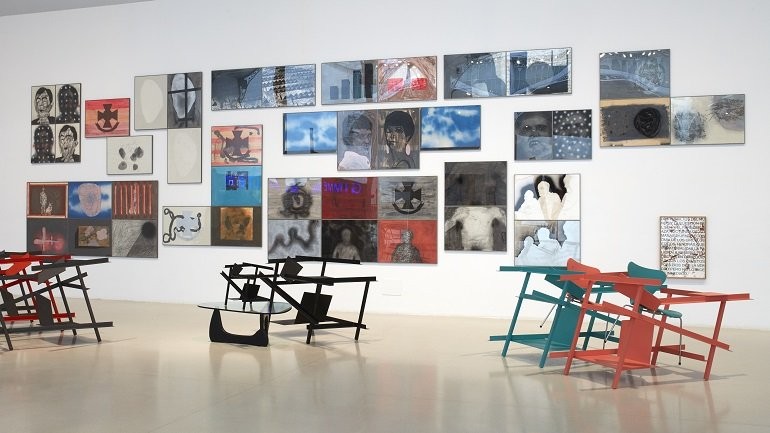 The retrospective by Basque artist Txomin Badiola (Bilbao, 1957), housed in the Palacio de Velázquez, presents a broad selection of his output – photographic works, drawings, sculptures and multimedia installations – spanning from the 1980s to the present day.

Curated by the Museo’s Deputy Director of Art, João Fernandes, the show will centre on the problem of form as both the particular way of understanding artistic creation and a process that assimilates its own transgression. To Badiola, the art form is always a “bad form” which, at the same time as it creates a vision, denies recognition. The artist works against culture, dismantling conditions of visibility and invisibility. The museum device, conceived from a curatorial process which has involved seven other close artists, gives shape to a kind of text-exhibition that enables at once simultaneity and a certain linearity, developing dialogue relations and references that cross through different works. Furthermore, a chronological reading becomes complex by dint of structural meta-comments and leaps in time that put forward possible developments or invoke forgotten origins.

After graduating from the Faculty of Fine Arts, Bilbao, Txomin Badiola worked at the same school as a professor between 1982 and 1988. He has put together a catalogue raisonné of Jorge Oteiza’s work and curated his exhibitions at the Caja de Pensiones Foundation in Madrid and Barcelona, and the Museo de Bellas Artes, in Bilbao, in 1988, as well as the show Oteiza. Mito y Modernidad (Oteiza. Myth and Modernity), curated alongside Margit Rowell, for the Guggenhein Museum in Bilbao and New York in 2004 and 2005, and for the Museo Reina Sofía in 2005.

Awarded the Gure Artea Prize in 1986 and the ICARO Prize for outstanding young artist in 1987, his work has been the subject of solo and collective exhibitions, most notably PRIMER PROFORMA 2010 BADIOLA EUBA PREGO 30 ejercicios 40 días 8 horas al día at León’s MUSAC in 2010; La Forme Qui Pense at the Museé d'Art Moderne de Saint-Étienne, France, in 2007, and Malas Formas 1990-2002 at MACBA, Barcelona, and the Museo de Bellas Artes, Bilbao, in 2002.
www.museoreinasofia.es