In Memory of Irene Ludwig 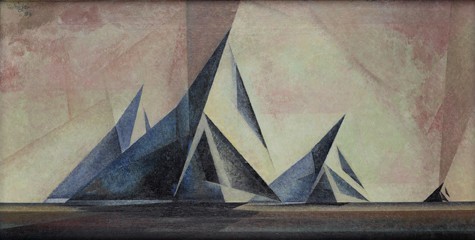 IN MEMORY OF IRENE LUDWIG
Presentation marking the first anniversary of her passing
29 November, 2011 - 24 June, 2012

On November 28, 2010 Prof. Dr. h.c. mult. Irene Ludwig died unexpectedly. In her last will she made spectacular gifts and permanent loans from her estate to the Museum Ludwig and the Museum Schnütgen. A total of 528 works from the bequest of Prof. Ludwig now permanently enrich Cologne's collections.
In addition to the distinguished group of Russian avant-garde works she bequeathed, Irene Ludwig also gave nine works from her private home as permanent loans to the Museum Ludwig. Among them the couple's first acquisition from the classical modern realm: Karl Hofer's early painting, "After the Bath" from 1912. Other works are by such artists as August Macke, Fernand Léger, Henri Matisse, Lyonel Feininger, Alexej von Jawlensky, Roy Lichtenstein, Jasper Johns, and Jackson Pollock.
On the occasion of the first anniversary of her passing, the Museum Ludwig has installed a room with works originating from the private residence of Peter and Irene Ludwig. This is the first time that they are presented to the public. This presentation is supplemented by three of Candida Höfer's photographs documenting the couple's home.

"Starting in 1957, we felt encouraged to create highlights in museums with our acquisitions. And by 1968 we were fully aware of what motivated us: We intended to close information gaps with our pursuits. We wanted to bring to the public's attention what prompts activity and widens perspective;" this is how Peter Ludwig once described the couple's motivation. Their passion also influenced their immediate, private surroundings. The artworks now in the Museum Ludwig were kept in the house they built in 1953, where they formed an impressive group of art treasures from all continents and all eras. In addition, Peter and Irene Ludwig integrated spolia, including old doors, windows and grills as well as ceramic tiles, into the architecture during construction.


Start picture gallery (10 pictures)
Prior to moving the artworks to their new destination in the Museum Ludwig, the Peter and Irene Ludwig Foundation commissioned Cologne artist and photographer Candida Höfer to document the interior spaces' original settings. Höfer enlarged three of her shots to large-scale formats. The Peter and Irene Ludwig Foundation procured the latter for the Museum Ludwig, where they will be on view for the first time.

Candida Höfer (born 1944) has been photographing public spaces such as museums, lounges, zoos, and spas since the early 1980s. Usually the furnishings, the architecture, and the lighting of such spaces are representational. Although Höfer still uses these three elements for her work, she changes the perspective, focusing on the mostly unpopulated spaces. She thus avoids a photographic repetition of their representational function, instead uncovering their history and emphasizing the high esteem in which they are held today. For ten years now, Höfer has been pursuing her series "Collectors' Spaces in the Rhineland," where she portrays how private collectors live with their works of art. Candida Höfer's highly idiosyncratic style points out the special and unusual ways in which Peter and Irene Ludwig dealt with their art, always choosing specific constellations of engaging the works in dialogues with other objects: Thus the crystalline structure of a Feininger painting corresponds with the perspectival constructions of 17th-century Dutch tiles; or Macke's "Elisabeth and Walterchen with Wolf" is directly juxtaposed to a 12th-century rendering of the Virgin and Child.