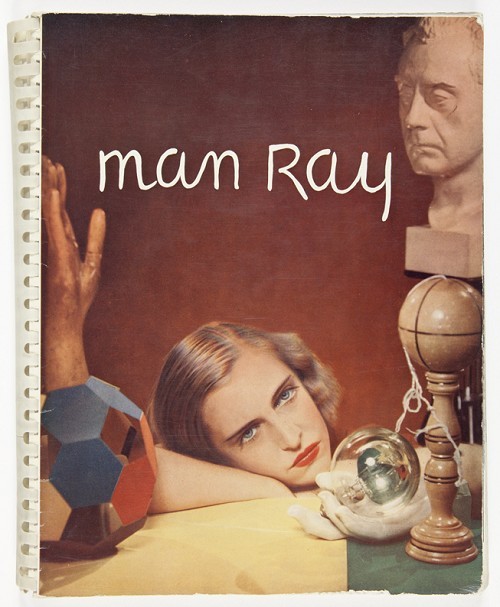 Since 1911, Man Ray (1890 - 1976) had been working in New York as a painter and sculptor. He is known as one of the first abstract painters in the USA, who tried to establish contact with the European Avantgarde early on. In 1915, he turned towards photography, worked as a filmmaker and painter, and was a co-founder of the New York Dada section in 1917. In Paris, he joined the Surrealists, while also taking up commercial assignments for fashion- and portrait photography. At the outbreak of war, he moved back to the USA and didn't return to Paris until 1951.
L Fritz Gruber got in contact with Man Ray in the 1950s, and he and his wife Renate kept up a cordial friendship with the artist until his death.

This friendship resulted in a wide-ranging collection of materials relating to him, including works of art, documents (correspondence etc.), objects, and signed exhibition catalogues.
The Museum Ludwig acquired the Man Ray collection of Renate and L. Fritz Gruber in September 2012, with financial support from the Cultural Foundation of the German Federal States and the Arts Foundation of the Federal State of North Rhine- Westphalia.

A special feature of the collection is a set of fifty contact prints of portraits of Lee Miller,
Jean Cocteau, Max Ernst, Pablo Picasso, Dora Maar, and many other important artistic
figures of the twentieth century, each inscribed by Man Ray with numbers indicating his
rating of the subject. The collection also features a series of thirty-seven contact prints of
rayographs (as he referred to photograms) that are of considerable importance to students
of Man Ray's work.

This exceptional, highly personal collection of items relating to one of the twentieth century's
greatest photographic artists is going on display in the Prints and Drawings gallery,
along with portrait photographs by Man Ray from the Museum Ludwig's collection.
www.museum-ludwig.de