Exile Is a Hard Job 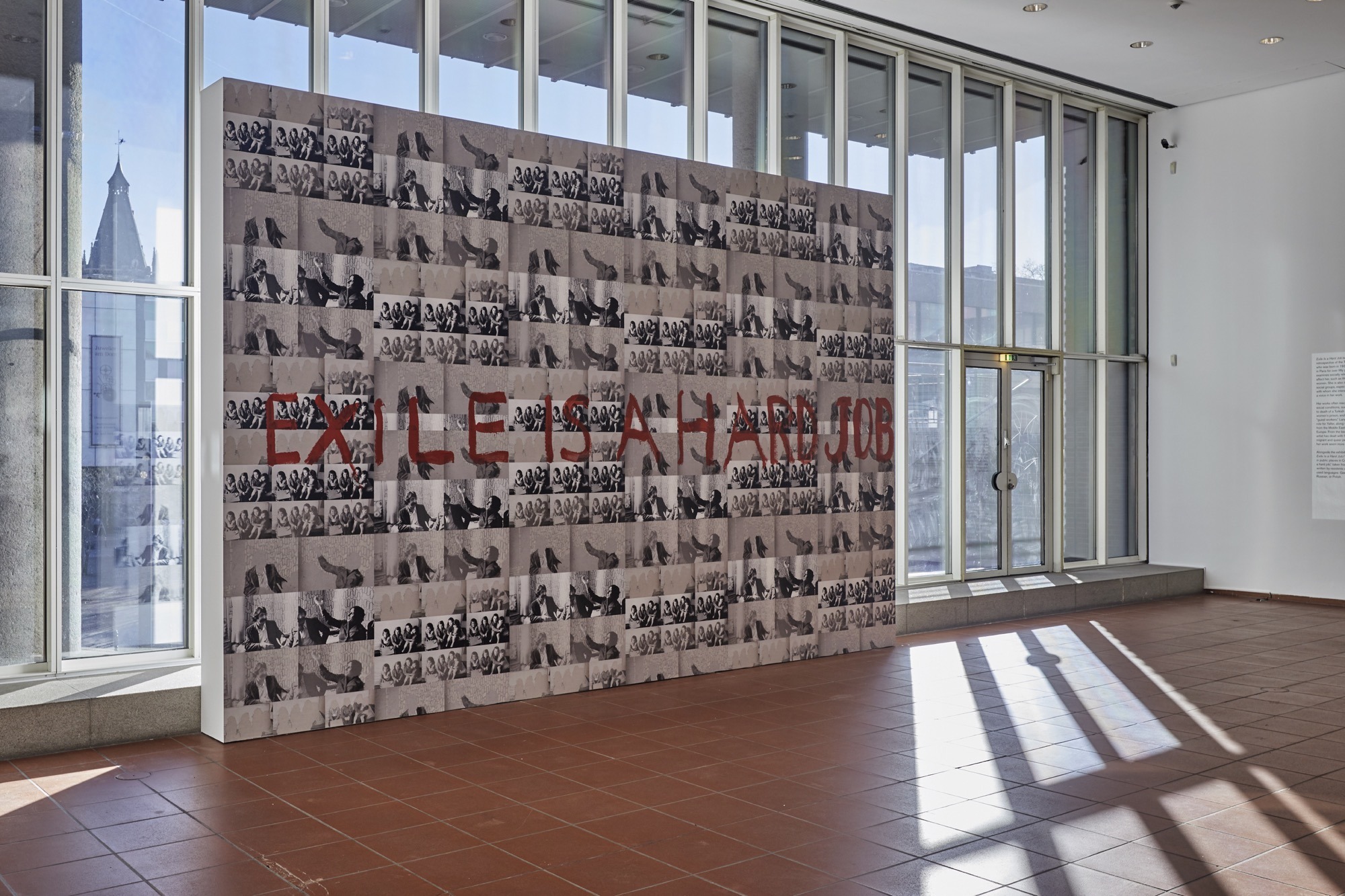 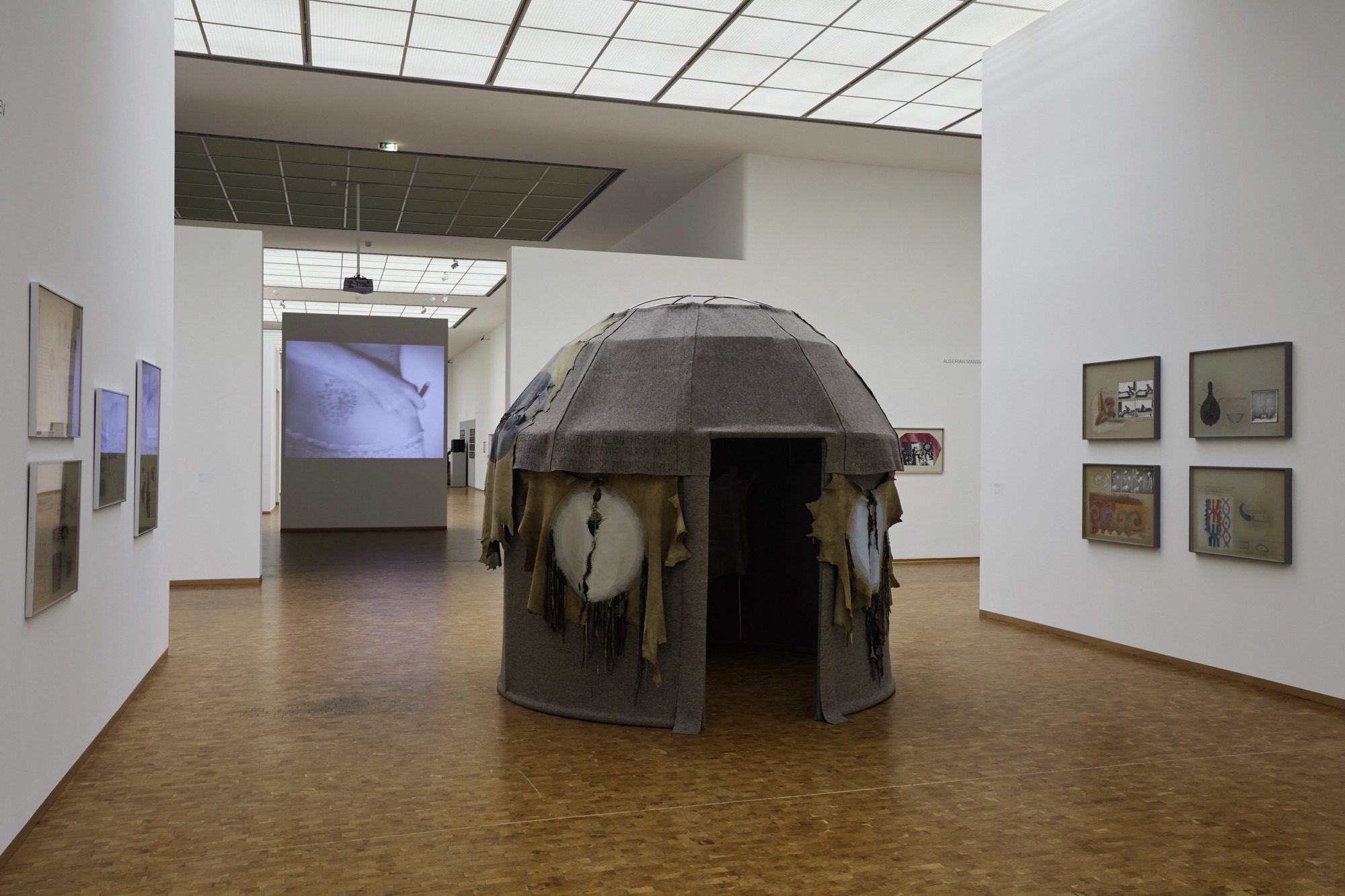 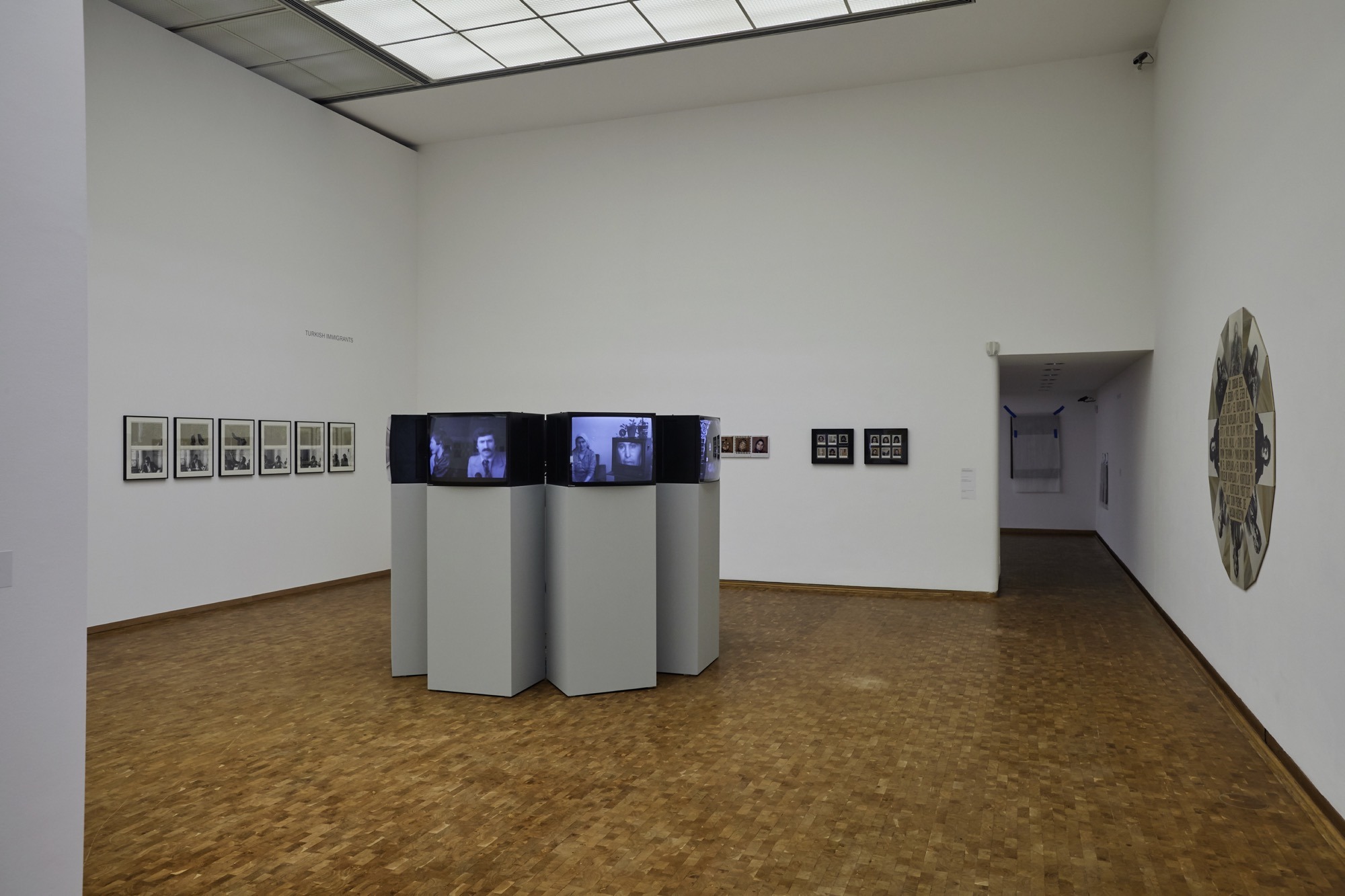 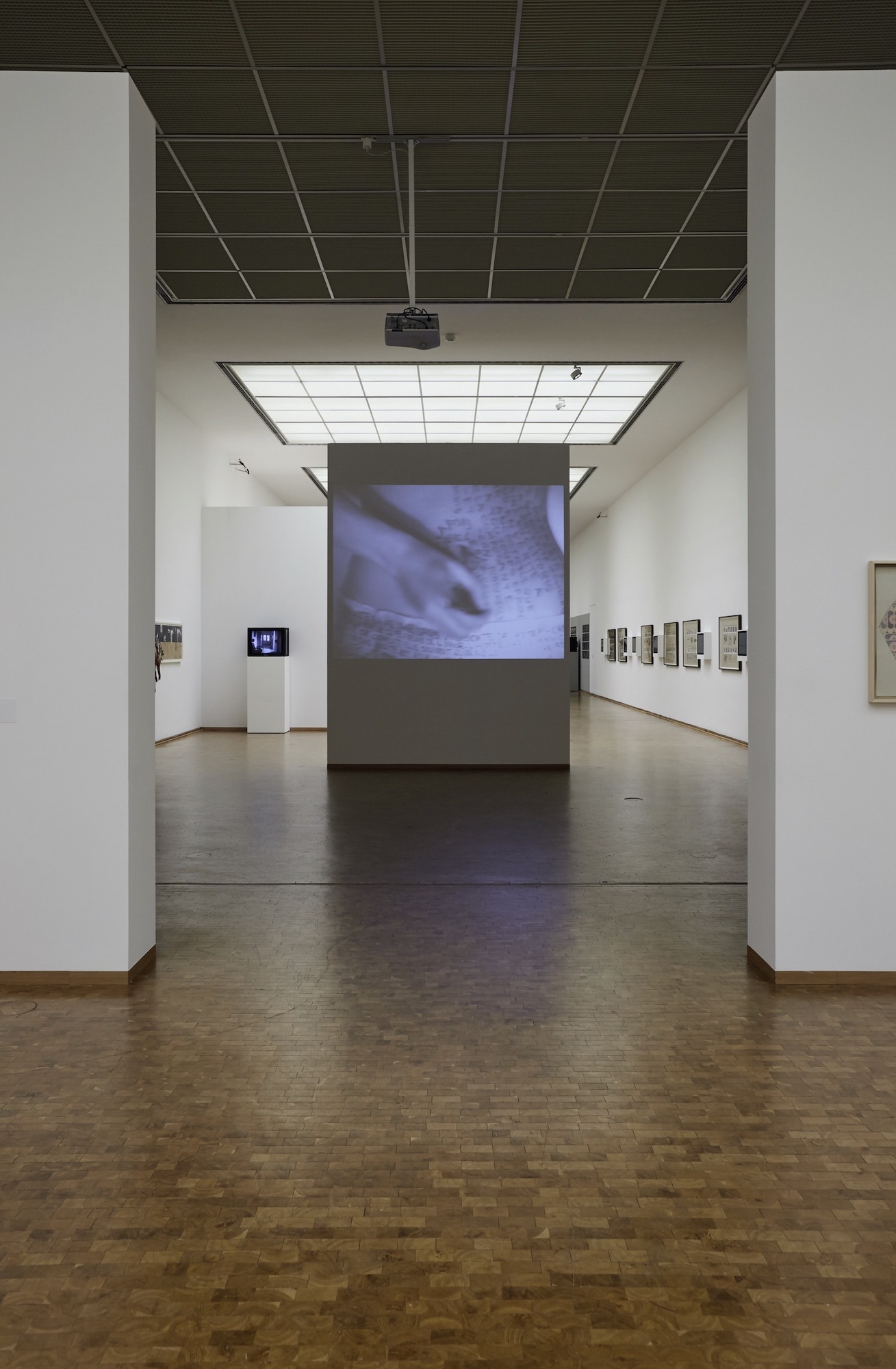 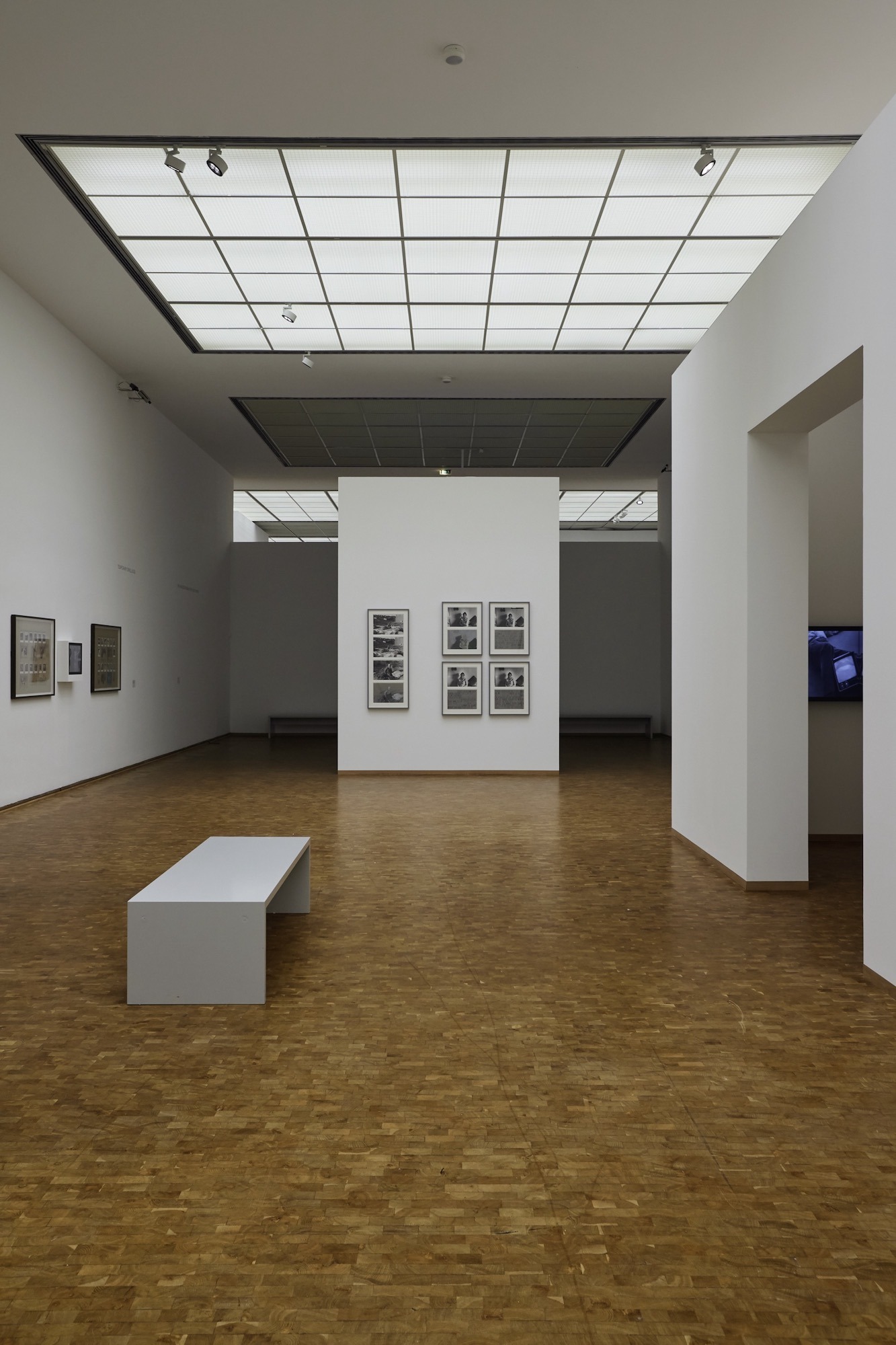 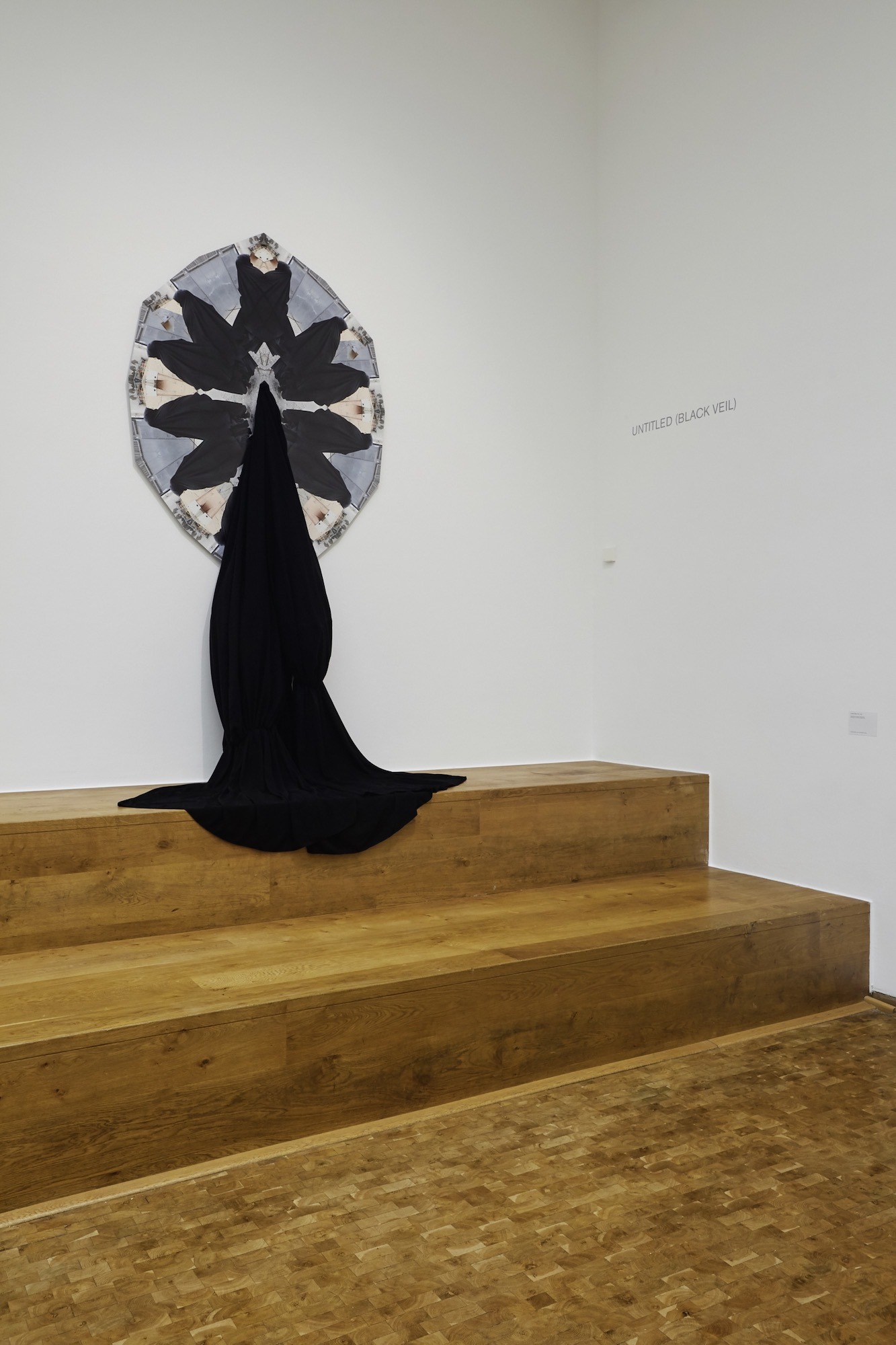 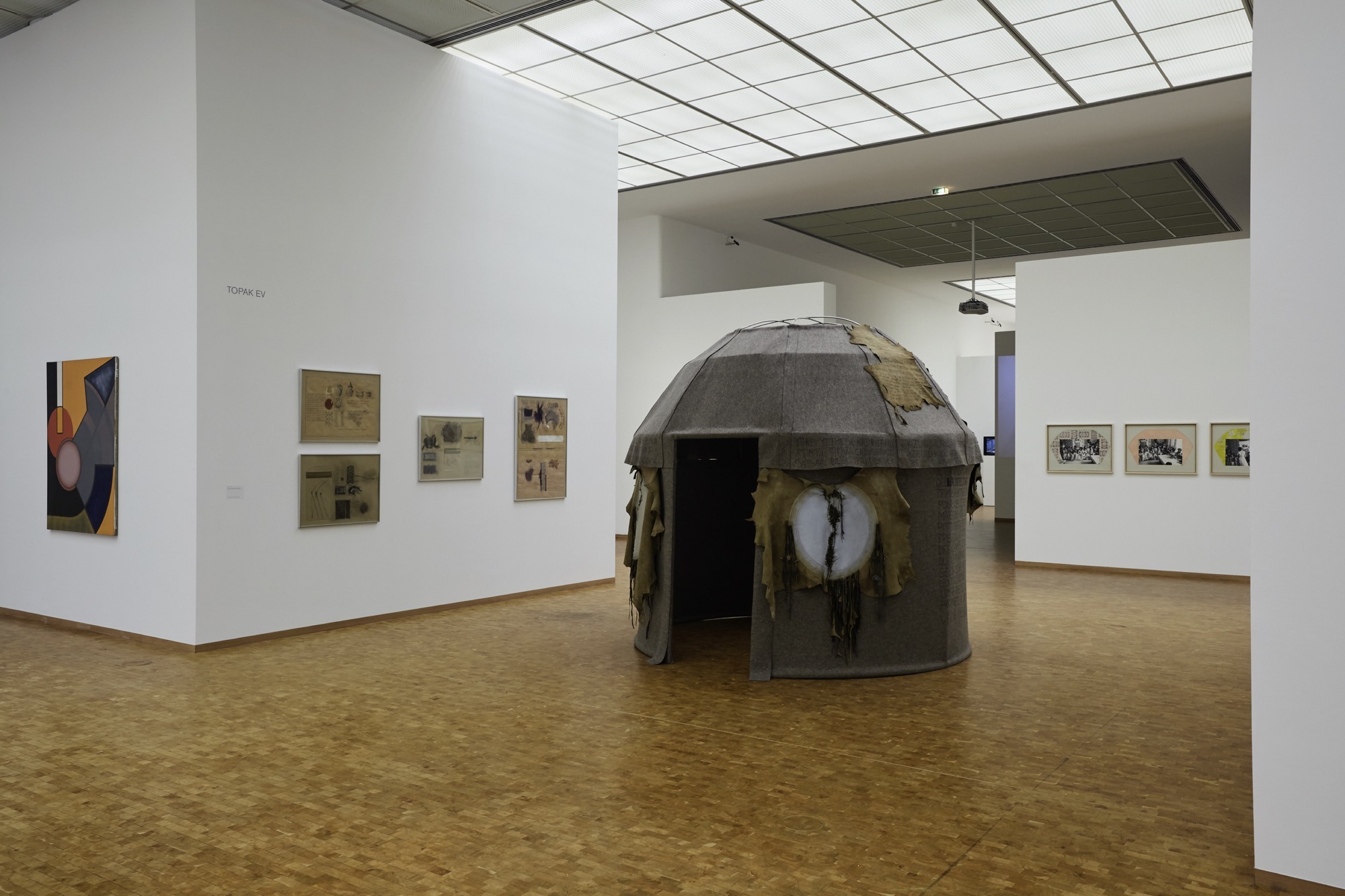 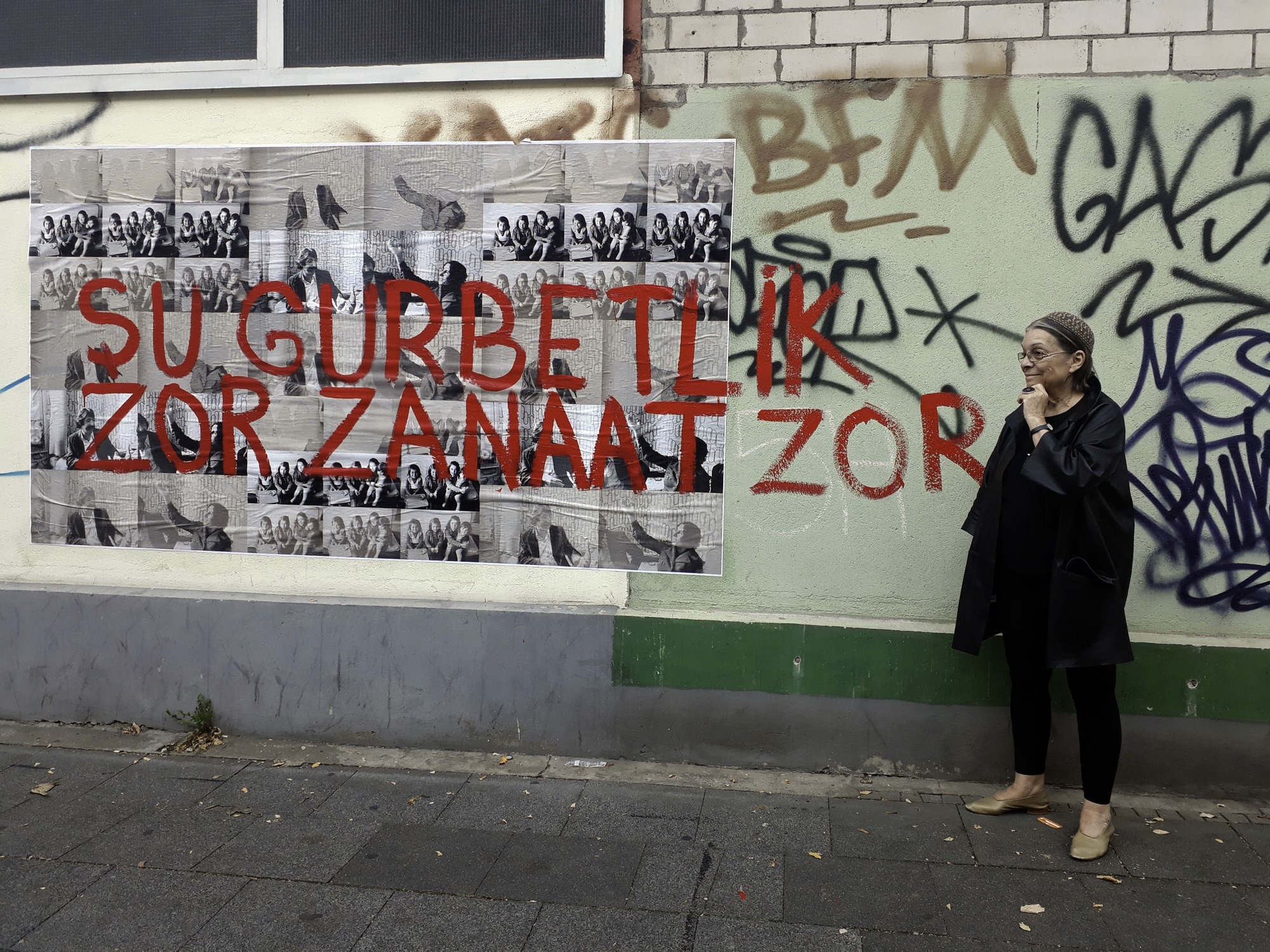 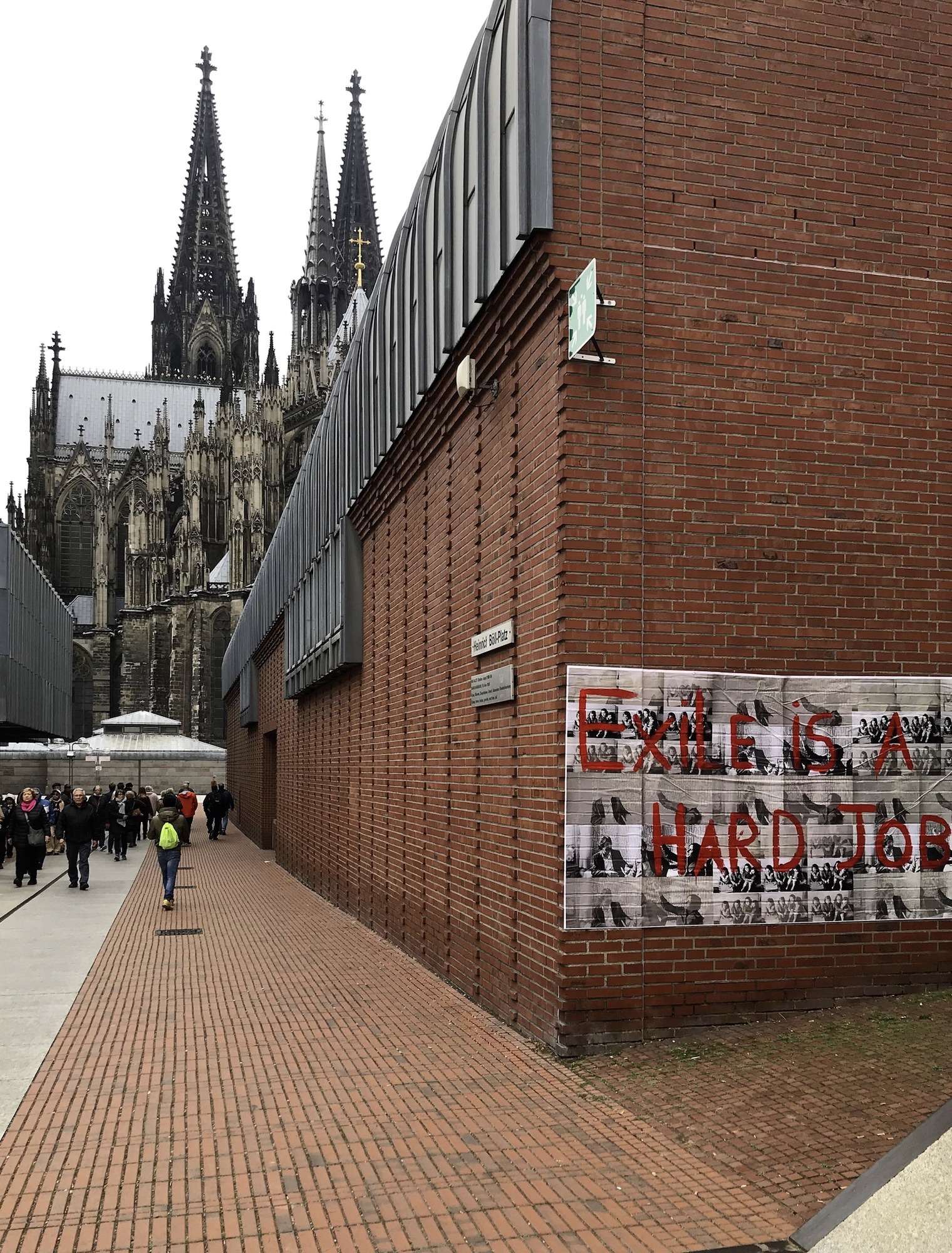 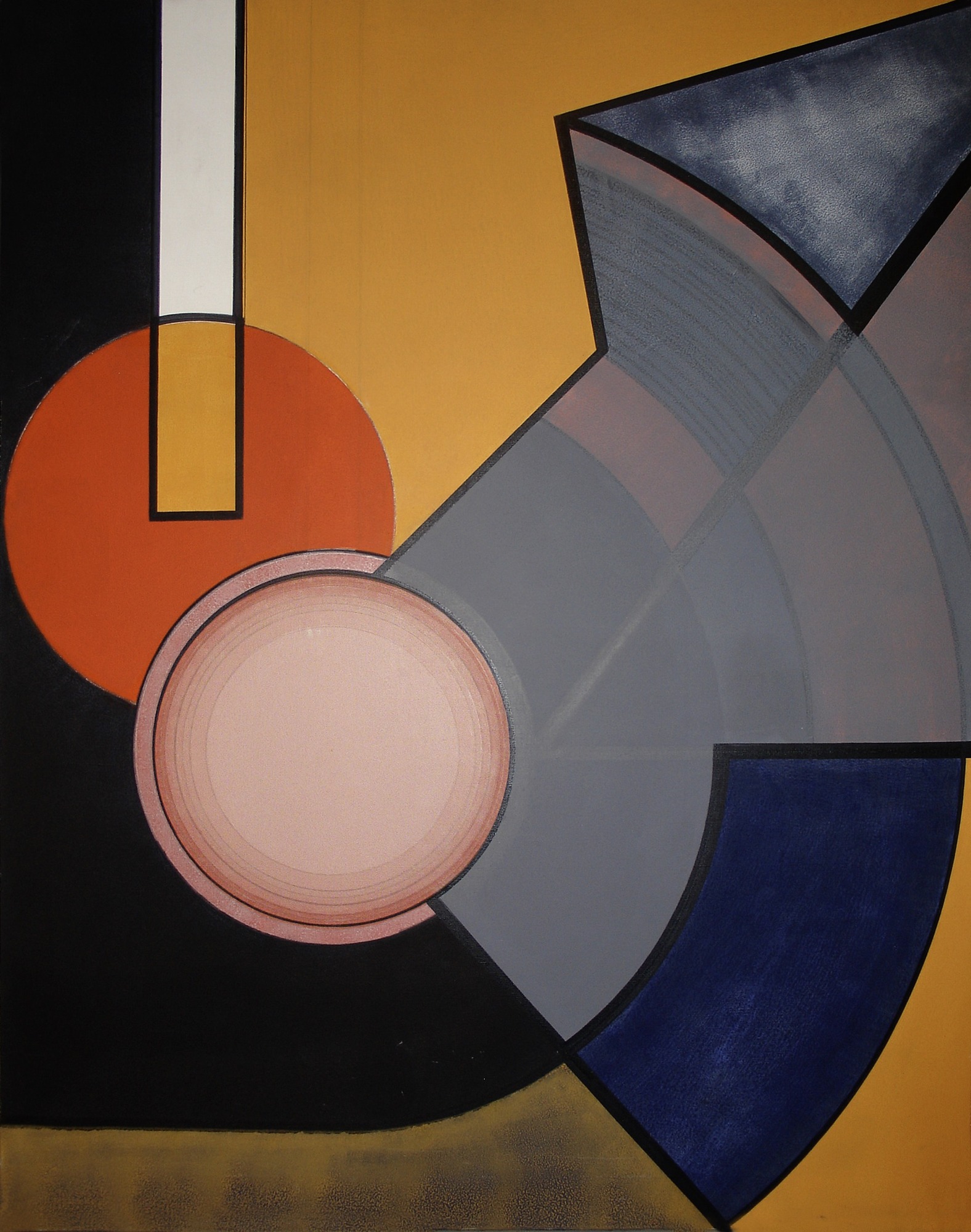 Nil Yalter
Circular Tension, 1967 Acrylic on canvas
150 x 125 cm
© Nil Yalter
Photo: Galerie Hubert Winter, Vienna
Since the 1970s, Nil Yalter has worked as a pioneer of socially engaged and technically advanced art. She is one of the first artists in France to use the newly emerging medium of video. Born in Cairo in 1938, the artist grew up in Istanbul and has been living in Paris since 1965. With Yalter’s first survey exhibition in Germany, the Museum Ludwig is presenting the diversity of her work, including previously little-known paintings from her early work and video installations from the early 1970s to multimedia installations in which she combines photography, video, drawings, and sculpture into collages. The exhibition traces the path of her engaged aesthetic.

Nil Yalter’s works emerge from current political situations such as the sentencing to death of a Turkish activist, daily life in a women’s prison, or the living conditions of illiterate “guest workers.” Language plays an important role for her, along with cultural influences from the Middle East, Turkey, and Western Europe. She sensitively integrates the voices of the people depicted in her works. Using a quasi-anthropological methodology, she reflects the life situation of these individuals and makes marginalized groups of people visible. Already in the 1970s, the artist began dealing with feminist issues, including migrant and queer perspectives. This makes her work seem more relevant than ever today.

For her exhibition at the Museum Ludwig, the poster series Exile Is a Hard Job/Walls will be continued in public places in Cologne. Plastered on walls like wallpaper, the drawings and photos from her 1977 work Turkish Immigrants are put up without authorization in various neighborhoods. She writes the slogan “Exile is a hard job” on the posters in the dominant language of each neighborhood: German, Turkish, Arabic, Russian, or Polish. The work is by and for migrants, whose existence is both obvious and absent.

As a pantomime artist, from 1956 to 1958 Nil Yalter traveled to Iran, Pakistan, and India. From 1963 to 1964 she worked as a stage designer and costume designer at various theaters in Istanbul and increasingly concentrated on painting. In 1965 she went to Paris, where she lives and works to this day. She had her first solo exhibition in 1973 at the Musée d’Art Moderne de la Ville de Paris. With a focus on ethnological and sociological questions, the artist examined the position of women in nomadic tribes in Turkmenistan. To accompany Topak Ev, a specially reconstructed tent, she created wall panels with drawings and photocopies of photos and texts that reflect the lives of the nomads. With her feminist video work The Headless Woman or the Belly Dance, in 1974 she participated in the first international video art exhibition in France and emerged as a pioneer of French video performance.

In recent years her work has been rediscovered. She was involved in the traveling exhibition Wack! Art and the Feminist Revolution, which was shown at the Museum of Contemporary Art in Los Angeles and MoMA PS1 in New York (2008). Other solo exhibitions followed at venues including FRAC Lorraine in Metz (2016) and Arter – Space for Art in Istanbul (2016).

Nil Yalter: Exile Is a Hard Job is an exhibition by the Museum Ludwig in cooperation with the Center for Curatorial Studies, Hessel Museum of Art, Bard College in Annandale-on-Hudson, New York.

The exhibition is generously supported by the German Federal Cultural Foundation and the Kunststiftung NRW. Additional support comes from SAHA – supporting contemporary art from Turkey and the Rudolf Augstein Foundation.

The exhibition will be accompanied by a catalogue. Edited by Rita Kersting, with a preface by Yilmaz Dziewior and Tom Eccles, essays by Lauren Cornell, Fabienne Dumont, and Övül Durmusoglu, as well as an interview with Nil Yalter by Rita Kersting and short texts on the works in the exhibition, German/English, Verlag der Buchhandlung Walther König, Cologne.
www.museum-ludwig.de