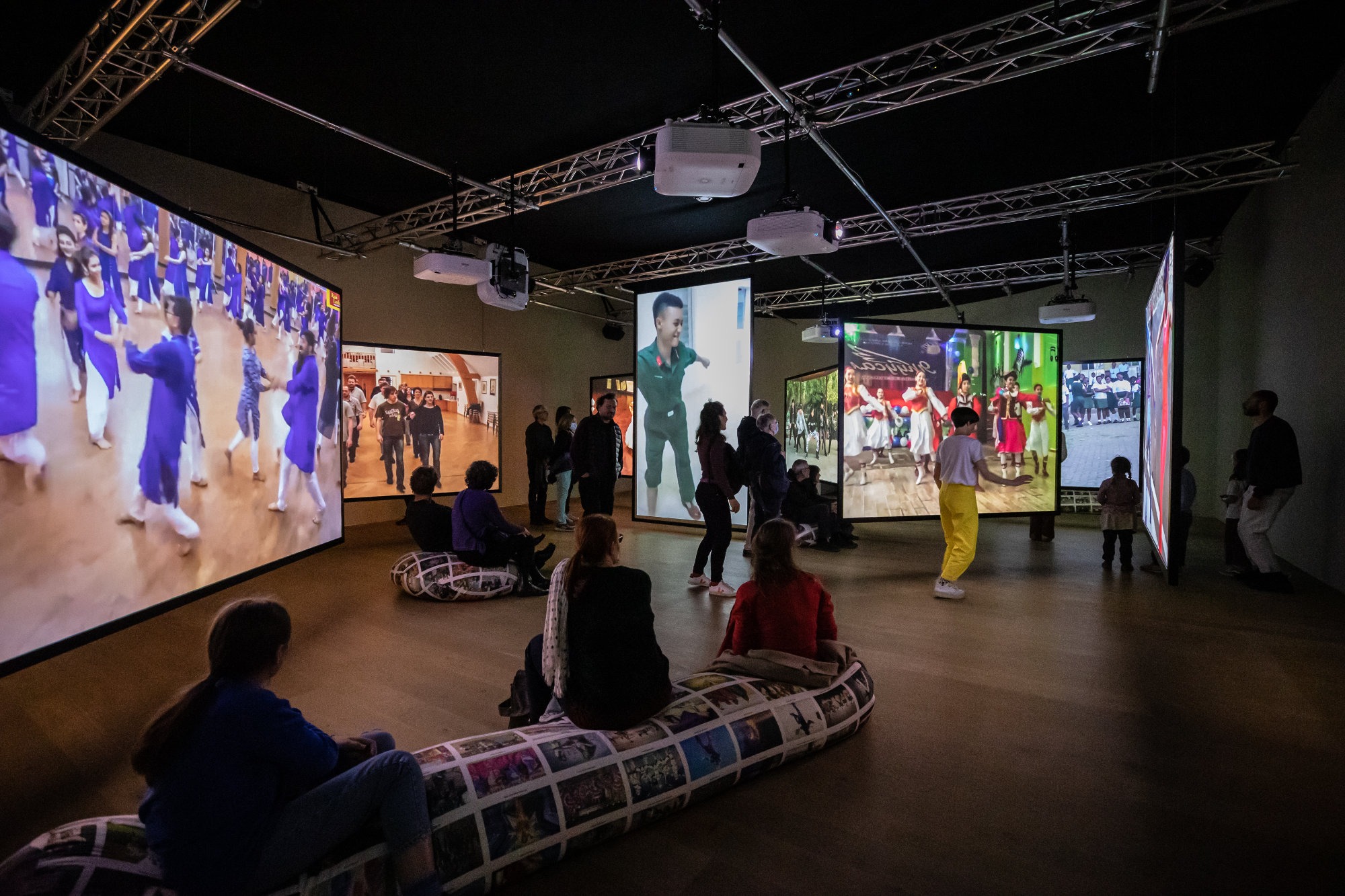 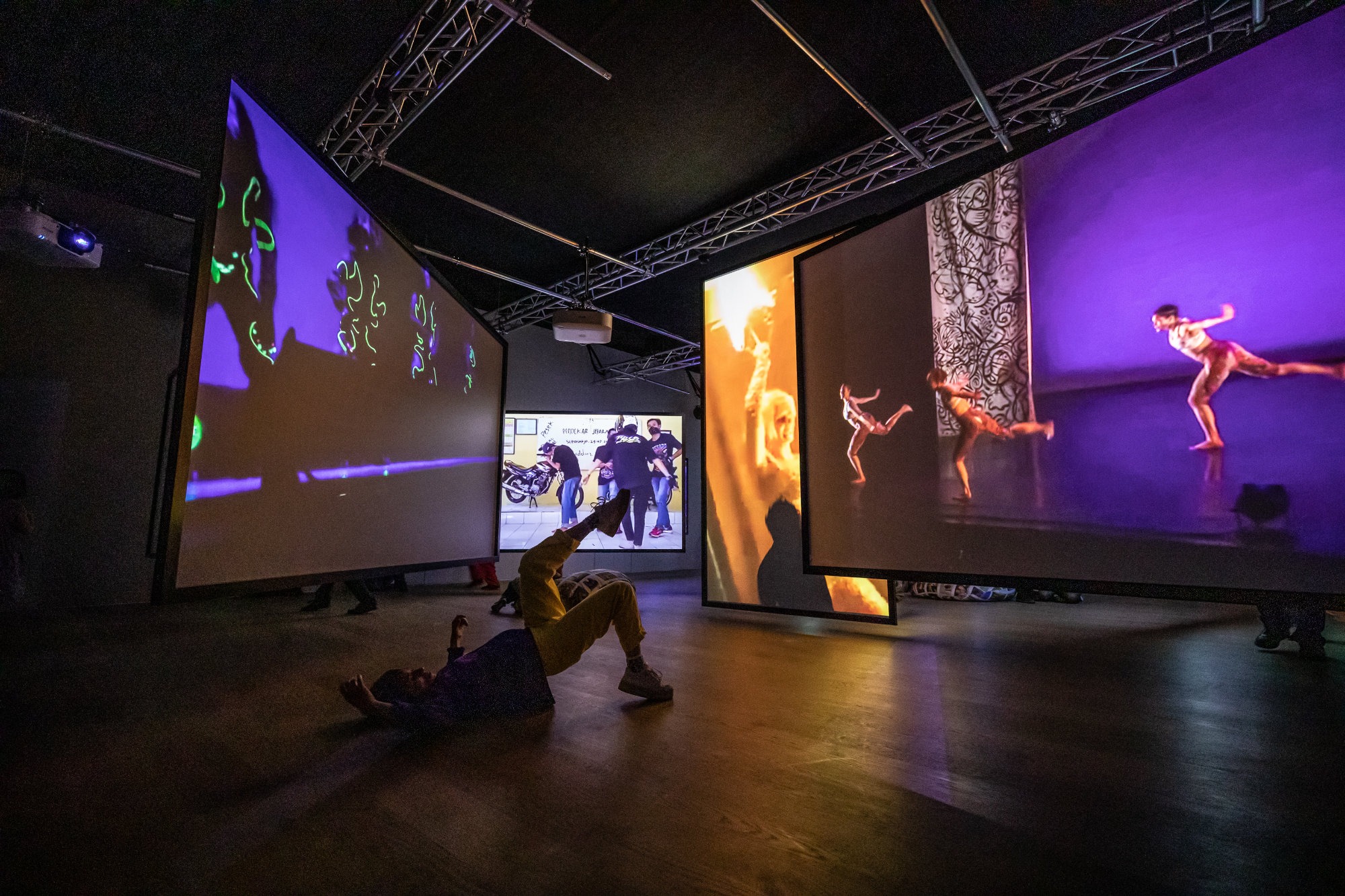 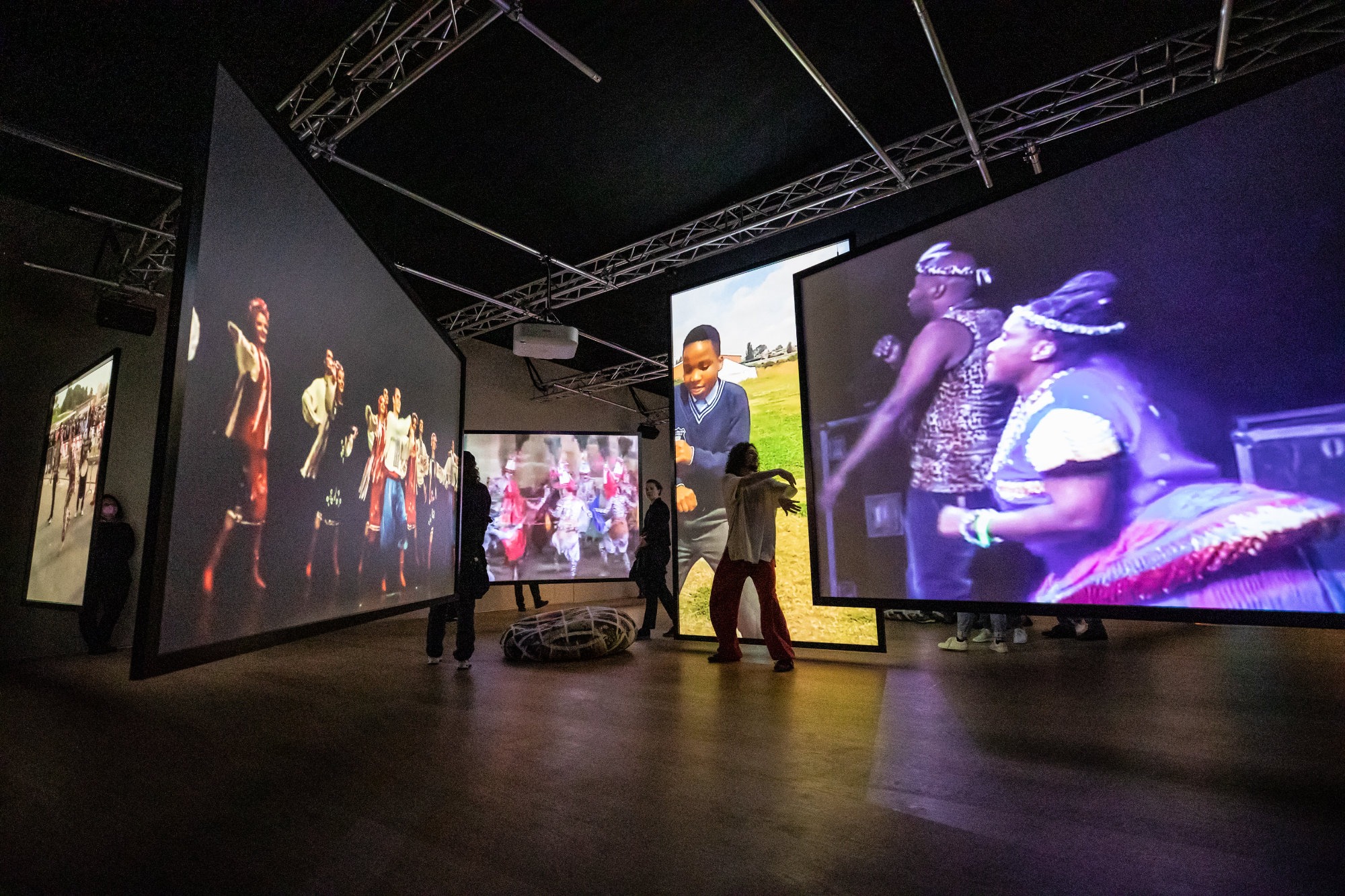 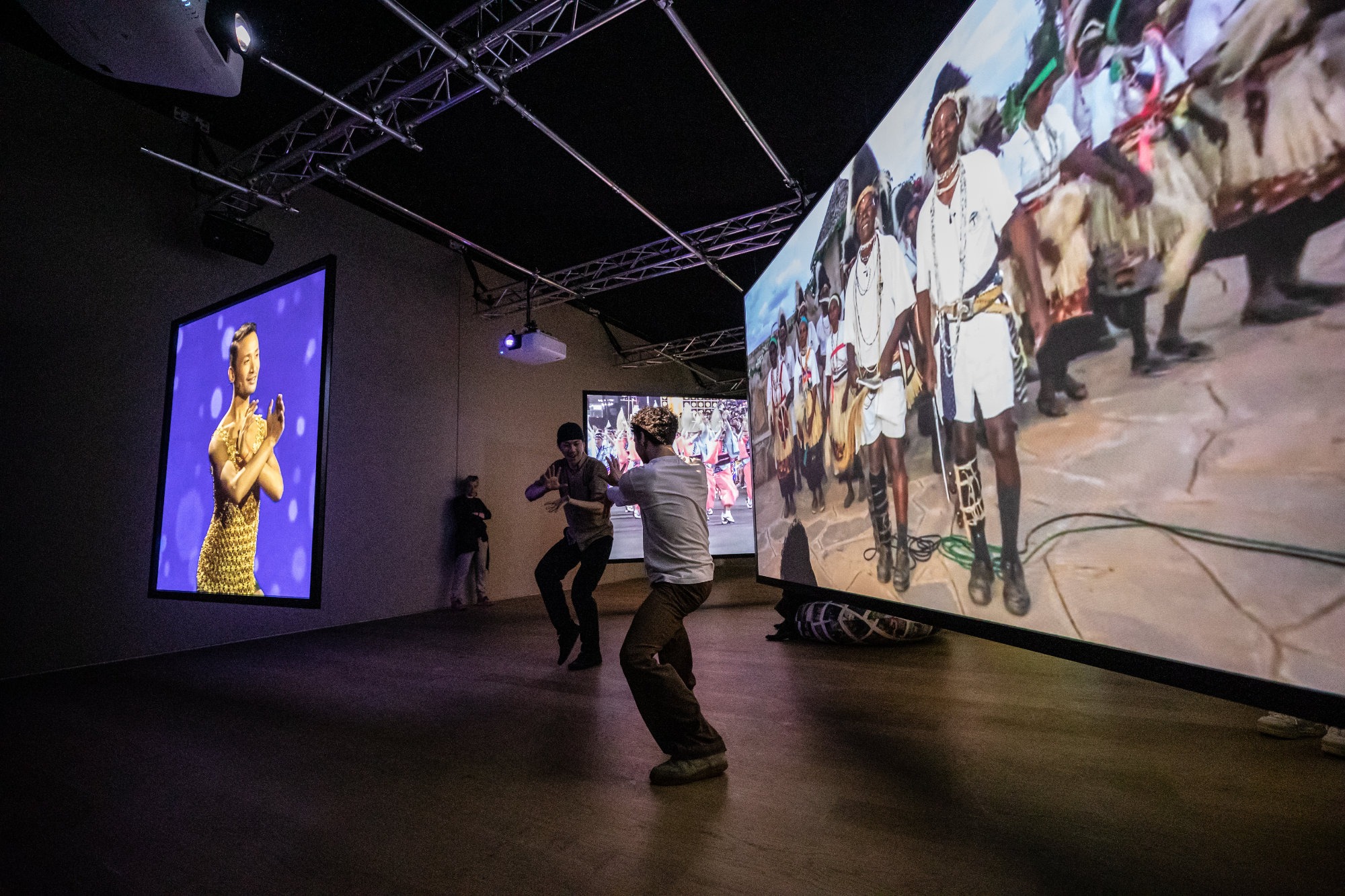 Anouk Kruithof, Universal Tongue, 2018. Installation view at Museum Tinguely 2018 © 2022 Museum Tinguely, Basel. Photo; Matthias Willi
Dance is a universal language. It is a means of communication, but also a form of self-expression, self-realization, and individual and collective empowerment. It brings together people of all ages and backgrounds and forges a sense of community. By dancing we celebrate life in all its manifold facets.

In a wide-ranging research project called Universal Tongue (2018), Dutch artist Anouk Kruithof has been studying dance as a worldwide cultural phenomenon sedimented in YouTube videos and clips, and together with her team of fifty helpers has compiled some 8,800 films. The result is a video installation, each of whose eight channels choreographs a four-hour-long selection of the most diverse dance styles for solo dancers, pairs, and groups. The films are accompanied by a four-hour-long music compilation drawn from the found film footage. The diverse modes of expression in this kaleidoscope of virtuosity, joie de vivre, and ritual enactment make it at once touching and fascinating. Also part of the project was the publication of a compendium of 1,000 dance styles from all over the world, from Abakuá-Dance (Cuba) to Zydeco (USA).

Kruithof finds the film footage and images she needs on social media. Her artistic praxis is thus a reflection of how the world we inhabit has become a patchwork of digital sources and how the never-ending flood of images that we consume every day levels out the dystopian aspects of our existence. In addition to Universal Tongue, whose animated image sequences are both enthralling and overwhelming, and as much an invitation to linger as to join in, the exhibition at Museum Tinguely also features a second video work by Kruithof. This is Ice Cry Baby of 2017, a compilation of YouTube films that documents the ever faster calving and collapse of the world’s glaciers. The soundtrack, which kicks in only sporadically, underscores the ambivalence of the images, which veer from the almost meditative contemplation of tumultuous testimonies to climate change at one extreme to fun-fair-style spectacles vying for our attention at the other.

Our staging of Anouk Kruithof. Universal Tongue also opens a dialogue with a major work of Jean Tinguely’s late period, the Mengele-Totentanz (Mengele Dance of Death) of 1986. Tinguely’s work centres on the last dance that all humans, irrespective of their social status, have to dance before taking their final bow. The image sequence of the Danse Macabre grew out of the visual traditions of the ‘Lay Folks’ Catechism’, which was supposed to deter poor sinners from feasting during Lent and so spare their souls from hell. The humanist visual tradition of the Dance of Death is believed to have originated during the plague epidemics of the Late Middle Ages. Universal Tongue is thus an invitation to celebrate dance as an affirmation of life and of everything that binds us together in solidarity.

A publication will accompany the exhibition, an encyclopedia of 1000 dance styles from around the world - from Abakuá dance (Cuba) to Zydeco (USA).

The exhibition is curated by Roland Wetzel.