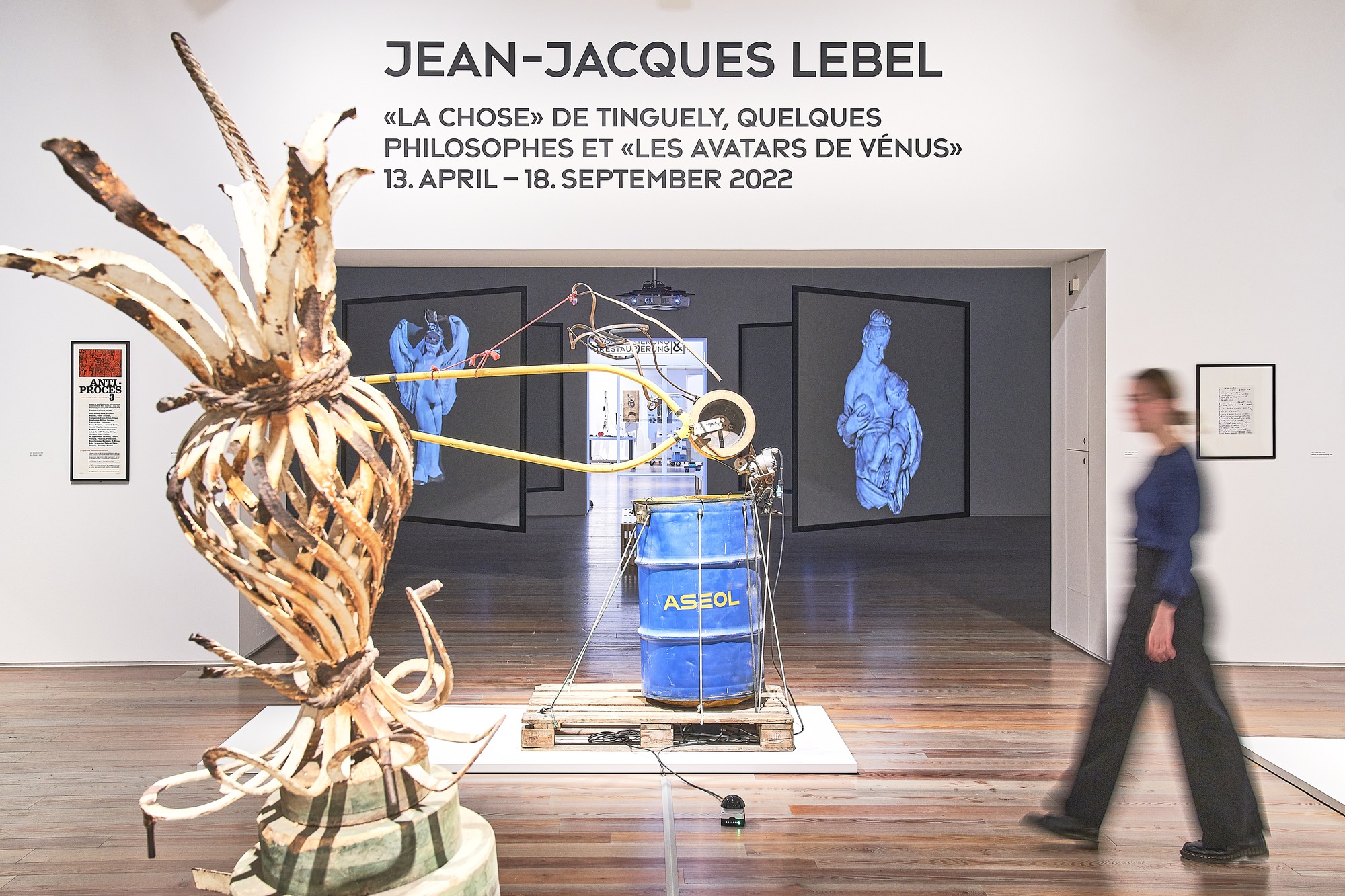 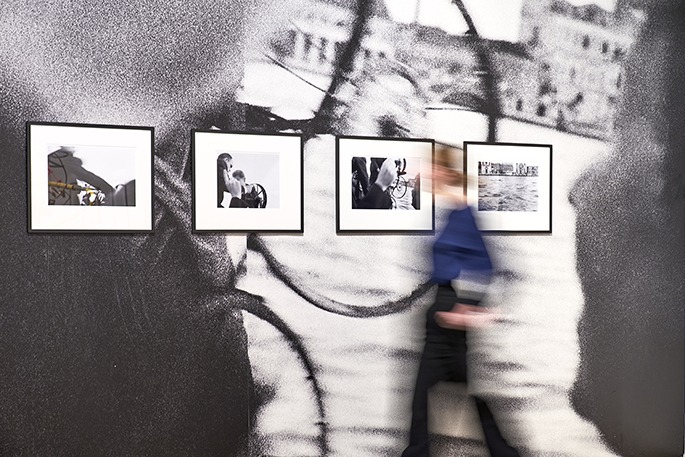 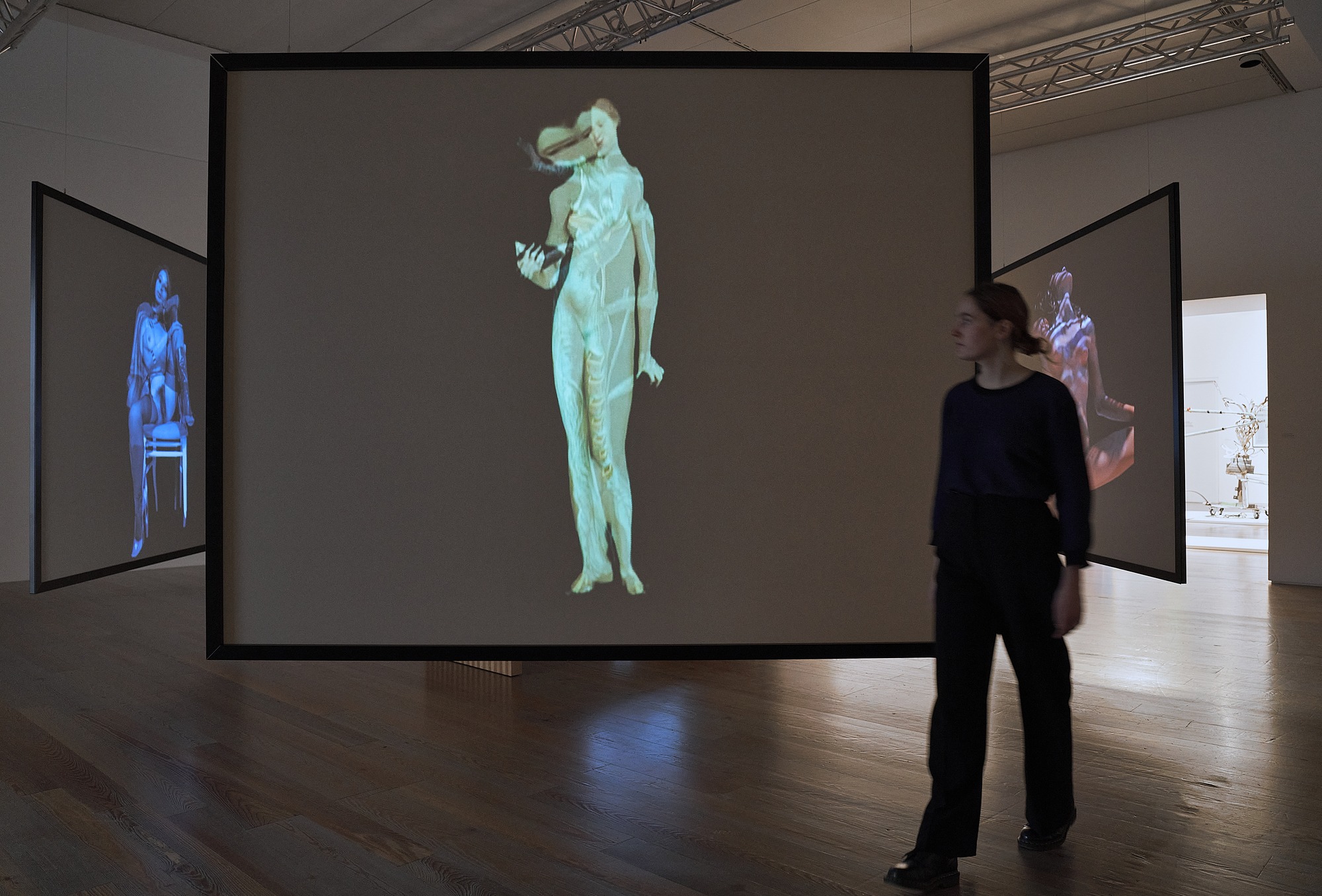 The Happening L’Enterrement de la Chose de Tinguely took place in the wake of the second edition of Anti-Procès, a series of three ‘manifestations’ staged in protest at French brutality in the Algerian War of Independence. The arc they trace began with anti-colonialist sentiment and ended with outright opposition to all nationalistic or patriarchal art, including ‘chauvinist’ mega-events such as the Venice Biennale. The direct catalyst for the Enterrement, however, was the violent death in Los Angeles of Nina Thoeren, a young artist who had been a personal friend of the Anti-Procès organisers, Jean-Jacques Lebel and Alain Jouffroy. Thoeren had previously lived in Venice and the news of her rape and murder came as a great shock to her European friends. The Happening was thus a memorial event comprising a ceremony with lamenting women and various readings followed by the ritual ‘murder’ of Tinguely’s sculpture. ‘La Chose’ was then loaded onto a gondola, accompanied by two others for the spectators, and ceremoniously sunk in the waters of the Canale della Giudecca. All that remains of the Happening today are the invitation, a few photos, and the eye-witness accounts of some of those who were present.

With this first Happening in Europe Lebel laid the groundwork for his future development as an artist and his constant oscillation between politically motivated
painting and performance, the declared goal of all his art being to blow apart societal boundaries of all kinds in the name of insurrection, rebellion, revolt, and disobedience. Lebel’s Festival de la Libre Expression of the 1960s hailed this breaching of all norms as the dawn of a new era and with it a new social order. His art, and the thinking behind it, bears the stamp of his life-long engagement with the writings of Bakunin, Nietzsche, and Stirner, and a political standpoint that was extremely critical of the governments of the day.

Among Lebel’s late works is Les Avatars de Vénus (2007), a four-channel video installation whose manifold images of women serve the artist as a line of inquiry into the collective memory, specifically in relation to the archetypes that determine the history of art and of civilisation as one of constant change. By no means the least of the themes of this installation is the artist’s own view of the image of women conveyed by the 7000 pictures drawn from the most eclectic cultural spheres and contexts. In addition to Les Avatars de Vénus and the documents relating to the Happening of 1960, the exhibition also includes Lebel’s portraits of ‘his’ philosophers: Bakunin, Dostoevsky, Duchamp, Nietzsche, Spinoza, who are presented facing two of Tinguely’s: Kropotkin and Bergson.