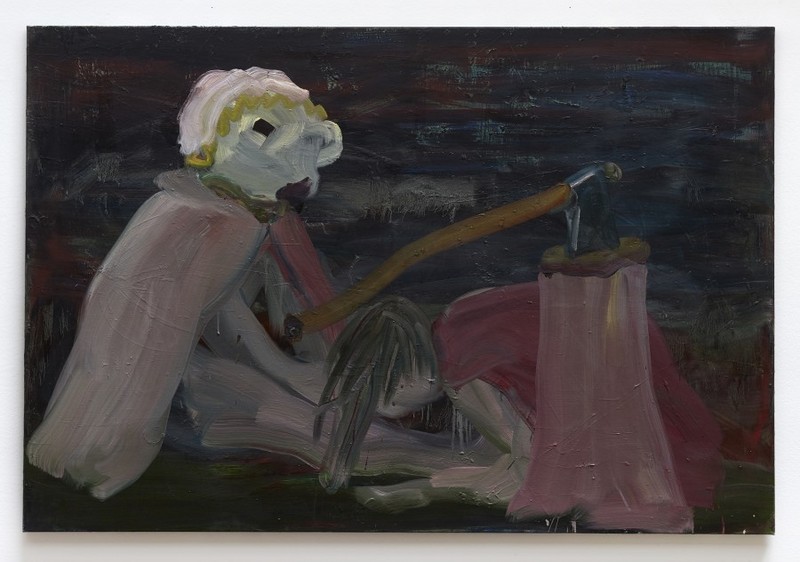 Fantastic abysmally dream figures fill the pictoral worlds of Bulgarain painter Valio Tchenkov whose works caught our attention on our walk through this year’s ART BRUSSELS.
0gms Artist-Run-Space (Sofia) in collaboration with Sariev Contemporary (Plovdiv) presented him there. On the first level of content, Tchenkov’s surreal cartoons (alike many others located between children’s room and torture chambers) draw their power out of a painterly gesture, achieving to address deeper layers of meaning. His “cuddly toys” are reminiscent of aestehtic repertoires of Mike Kelley or Paul McCarthy or of Harmony Korine’s film opus Gummo (Harmony Korine/Chloë Sevigny).

“I keep a kind of diary about events that are not real events, I am influenced by merely ancillary motives, begin to paint as if I knew where to go. [...] If I am lucky, the painting becomes individual, the figures are integretated, get assimilated by what is already there. Some things mutate. The whole gets out of control, I feel like being on a motorway: Speed rushing up, no rules, a sharp curve, straight forward. Accelarating – and into the pit.” – Valio Tchenkov (cited from: Erhard, Annegret: “Valio Tchenkov”, Weltkunst München Spezial, Nr. 79, Herbst 2013)