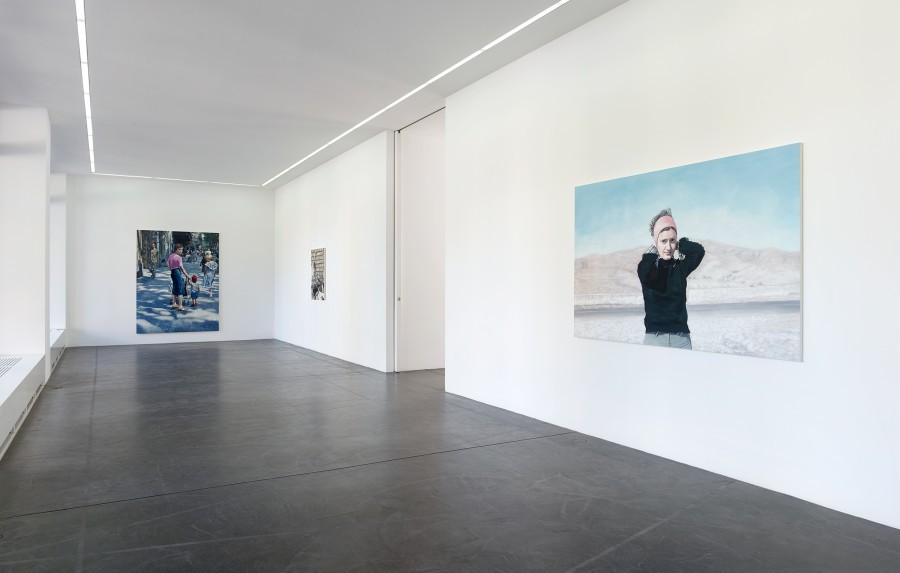 Dog stays inside.
Cat stays outside.

“There I was, alone in the apartment where she had died, looking at these pictures of my mother, one by one, under the lamp, gradually moving back in time with her, looking for the truth of the face I had loved. And I found it.”[1]

Roland Barthes’ search for the idiosyncratic essence of photography, its evident nature, is his search for the essence of the person most important to him during his lifetime. His book, Camera Lucida, written during spring and early summer 1979, was essentially the little book that he wanted to write about his mother, perhaps “just for himself,” so that—as he goes on to say, continuing the oath of Paul Valéry—“printed, her memory will last at least the time of my own notoriety.”[2]

His theoretical approach to the phenomenon of (what was then exclusively) analogue photography, his futile attempts at capturing, through classification and detailed analysis, the development of his own conceptual duality (or dichotomy even) of studium and punctum, intersects at the beginning of the second section of the book and in the sentence: “Now, one November evening shortly after my mother’s death, I was going through some photographs.”[3] He had no hope of ever finding her again, and yet it was this more than anything else that drove him.

“The photograph was very old. The corners were blunted from having been pasted into an album, the sepia print had faded, and the picture just managed to show two children standing together at the end of a little wooden bridge in a glassed in conservatory, what was called a winter garden in those days. My mother was five at the time (1898), her brother seven. He was leaning against the bridge railing, along which he had extended one arm; she, shorter than he, was standing a little back, facing the camera; you could tell that the photographer had said, ‘Step forward a little so we can see you’; she was holding one finger in the other hand, as children often do, in an awkward gesture. The brother and sister, united, as I knew, by the discord of their parents, who were soon to divorce, had posed side by side, alone, under the palms of the winter garden (it was the house where my mother was born, in Chennevieres-sur-Marne).”[4]

I have never understood the accusation, so often levelled at the structuralist and semiotician Roland Barthes, that his apparently rapid conversion to subjectivity was irrational. Or to be more precise: I do not understand the reproach. Even in 1998, when I read the book for the first time for Karlheinz Lüdeking’s introductory seminar at the art academy in Nuremberg, it seemed obvious to me that the driving force for Roland Barthes was not academic curiosity, but the pain of loss. His longing for the reader to share in his mourning and his devotion is patently obvious; as is his desire, so painful to him, that his connection to his mother not be severed.

In order to understand this one must also change one’s approach in the middle of the book and no longer read the text as an objective essay—unless its objectivity is manifested in exactly that precision with which the author traces his own feelings.

Camera Lucida is Roland Barthes’ declaration of love for his mother. And it is all the more beautiful and gracious, all the more open to compassion the more blindly consumed the discussion of the medium is and the more awry it goes; precisely because of this, in fact: Because, in its fear, love searches for something in which it at first fails to recognize itself.[5]