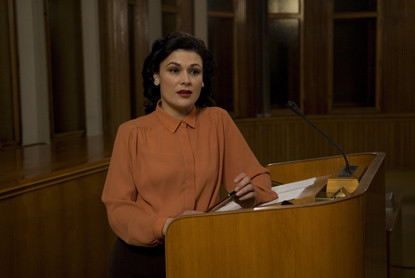 The first goEast Competition for Experimental Film and Video Art presents current work by young artists and filmmakers from Central and Eastern Europe as well as students attending film and art schools in the state of Hessen, initiated in collaboration with the BHF-BANK-Foundation. The competition operates an open policy inviting work that explores the borders of conventional cinematic forms and presentation modes that combine installation art with the moving image. The objective is to establish a permanent goEast slot for young, experimental approaches.

Beyond the actual festival period, from 22 March till 11 May, all nominated films and video installations will be exhibited in the gallery space and cinema of Nassauischer Kunstverein. Eleven works from nine different countries have been nominated.

The Open Frame Award, which is sponsored by the BHF-BANK Foundation and comes with prize money of 5,000 euros, is bestowed by an illustrious jury made up of Willem de Rooij (artist and professor of Fine Art at Städelschule, Frankfurt-on-Main), Matthias Müller (filmmaker and professor of Experimental Film at the Academy of Media Arts Cologne), and the Frankfurt-based gallery owner Anita Beckers.