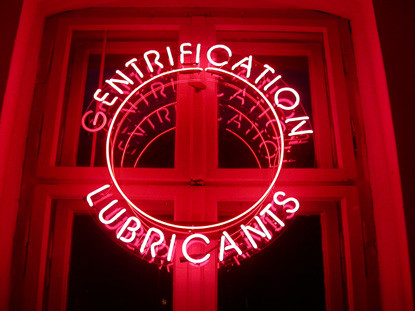 Under the patronage of mayor Sven Gerich

A group exhibition and program on the occasion of the 50th anniversary of the sister city partnership of Wiesbaden and Berlin-Kreuzberg.

2014 is the 50th anniversary of the sister city partnership of Wiesbaden with Berlin-Kreuzberg (since 2001 Friedrichshain-Kreuzberg). One of the first inner-German sister city pairs, the relationship can be seen as an expression of solidarity historically bound by the experience of the Berlin Airlifts, in which Wiesbaden-based US planes dropped supplies on the city.

Superficially, the two sisters could not be more different: On the one hand we have Wiesbaden, with its Kurhaus Casino, historic downtown, and large population of millionaires; and on the other we have the infamous Kreuzberg, which since 1968, during the time of student unrest, has been a place of societal and social upheaval. Squatting, anarchy, poverty, political agitation and parallel societies are associated with Kreuzberg, as well as cultural diversity, creativity, art, urban middle class and gentrification.

From 12.9 to 14.12.2014, the Nassauischer Kunstverein (NKV) will celebrate the anniversary of these two "antipodes" with an exhibition and program: For this two-city exhibition, "squatting" and gentrification are used as conceptual starting points, and abstracted into inverted symbolic forms by Kreuzberg and Berlin artists in Wiesbaden. The 19th century mansion on the "boulevard" of Wiesbaden that serves as NKV’s home will be “occupied.” Though the exhibition is traditionally curated, its run time turns the gallery into a dynamic space as participating artists create a dialogue with their work (through performance, video, graphic design, architecture, historical position, popular culture, etc.). They are “squatters,” manipulating the space with no influence from the Kunstverein “landlords,” other than logistics and organization. The gallery then becomes a dynamic space that changes in the same chaotic fashion as a city.

The theme of the exhibition is the phenomenon of gentrification, an acute social problem of today with great visibility, especially in Kreuzberg, as evidenced by the large amount of media coverage on the subject. A look at the history of Wiesbaden, however shows that gentrification is not merely an issue of the 21st century that has taken place in the hip neighborhoods of the capital: Kaiser Wilhelm II greatly influenced the city-building of Wiesbaden, and his regular visits to the "Nice of the North" brought numerous nobles, artists and wealthy entrepreneurs into the city where they permanently settled. The multiplying number of inhabitants and the influence of Prussia brought about the construction of buildings such as Kurhaus Wiesbaden with its casino and the Hessian State Theatre on Wilhelmstrasse, whose architectures characterizes the city today. Is Wiesbaden the 20th century prototype to the process of gentrification?

Another question worth exploring is art’s role in gentrification. Artists and cultural workers wholesale low-income profession- are often paradoxically viewed as the alleged perpetrators of socio-economic restructuring, since their presence quarter can be attractive. Since 2006, for example the former Güterbahnhofs West has become an artists district. The exhibition will also aim to explore and challenge this school of thought that blames artists and dissidents for larger societal problems. While they want to offer new and critical perspective on the subject, the program of lectures and discussions take theoretical base into account.
www.kunstverein-wiesbaden.de