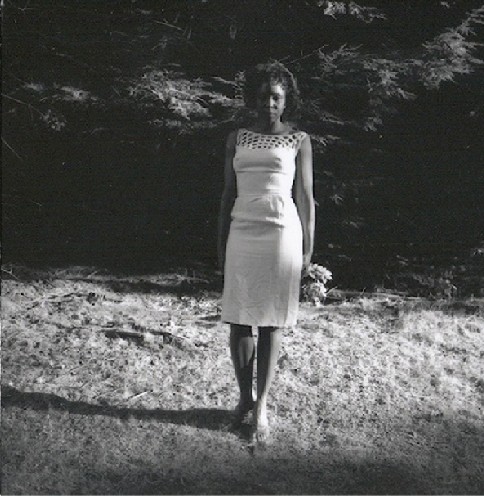 Galerie Nathalie Obadia is pleased to host the second solo show by Lorna Simpson in Paris, following on from her acclaimed exhibition in 2004 featuring the videos Corridor and Cloudscape.

Lorna Simpson was born in Brooklyn (New York) in 1960 into a family strongly engaged in the fight against segregation where culture was the seen as the vital springboard of social aspiration. Having graduated from the photography department of the High School of Visual Arts in New York and the University of California at San Diego, Lorna Simpson started her career as a photojournalist. The key themes of her work were the struggle for human rights, and particularly the fight against racism and for equal rights for Blacks. Then, towards the end of the 1980s, Simpson started making works that used sound as well as images, with the inclusion of the spoken word serving to better explore these issues of racial and sexual quality, which, in those days of Affirmative Action, were key political concerns in America.

However, her works are always poetic as well as political: the aesthetic content is essential. There is always a sense of grace.

For this new exhibition, Simpson has chosen to work in a more personal way using old and recent photographs. The idea is to show the contrasting destinies of two African-American women: an anonymous figure from the middle class Los Angeles of the 1950s, and a woman living today: herself. However, Simpson is careful not to leave any clues as to the women’s personalities. Like the woman from the 1950s, the artist “poses” and takes her own photograph but does not let any feeling come across or provide any psychological clues. Simpson takes herself as her own model, but does not disguise herself as Cindy Sherman does.

It is hard not to think of the changes that have occurred in this America which elected Barak Obama to the presidency in 2008, and of the distance separating an unknown African American of the 1950s and a recognised contemporary artist. The woman posing insouciantly in 1958 does so in a country that has yet to recognise the civil rights of the Black community. In fact, her pose shows just how anachronistic the situation was, for this woman has already won her freedom and independence. Fascinated by this fiction, Simpson decided that she too would pose as an unknown figure, and the juxtaposition of those two women who, though 50 years apart, seem interchangeable, is also a meditation on history and its impact.