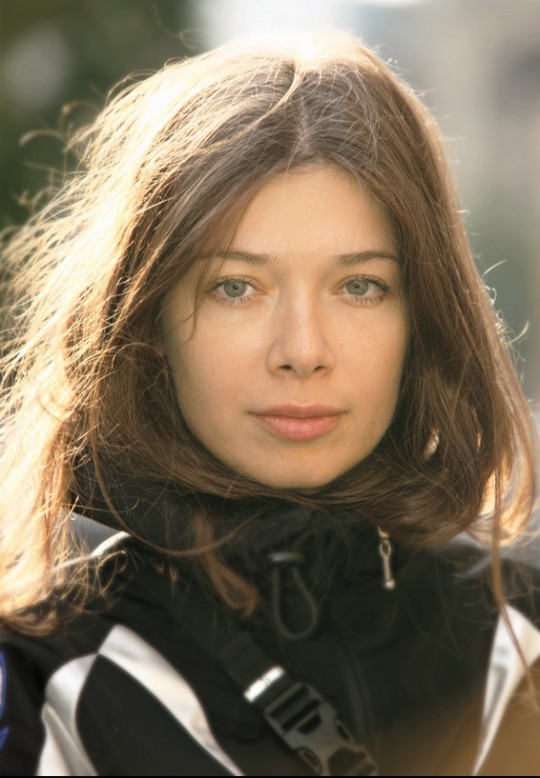 Neuer Berliner Kunstverein presents the first solo exhibition of Alexandra Pirici in Germany. Conceived as a living environment, the exhibition Aggregate forms the framework for more than 80 performers, who together with the visitors define the exhibition space in a swarm movement. Based on embodied memories that negotiate fragments of the common world heritage, the work referrs to mankind’s attempt to preserve essential aspects of its existence in time capsules, such as NASA’s “Voyager Golden Records”, comprising selected information on life on Earth in order to make it available for other, alien species.

Pirici addresses such an “ark” as a process, in which information is subjectively selected and transformed, fitting into categories such as life forms, sounds from Earth, cultural achievements, scientific techniques and knowledge, but also inanimate objects and the uncategorizable. The chosen elements are redefined in the process of their transmission. In Aggregate, this action emerges in a constant stream of bodies, which includes the visitors of the exhibition; selected common memories belonging to different canons and historical stages emerge and disappear through enactment. In this way, the living environment adapts, multiplies and amplifies individual and collective proposals; instances or images—either canonical or less recognizable—undergo a process of abstraction, of being embodied, digested and produced anew. By hybridizing the one with the many, what is archived and understood as exemplary is revealed as always multiple, as always becoming.

Aggregate invites us to experience how we define our identity in a collective and how this process is shaped by the selective recollection of memories we would like to save for ourselves in the present and the future. In exploring Pirici’s project, the usual distance between the work of art and the viewer is deconstructed by the mass of the performers occupying the space, stimulating and influencing the movement of the visitors. The art space is questioned and jointly defined. The movement towards the work of art becomes part of the work itself, as the work emerges from movement.