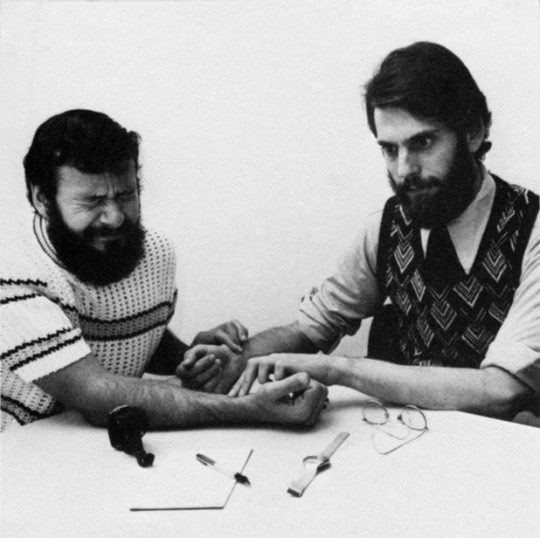 Allan Kaprow (1927-2006) as an artist and art theorist worked on the development of improvised forms of performance art, and in 1958 coined the term “Happening”. He has realized over 250 happenings, including Time Pieces for the n.b.k. project ADA—Actions of the Avant-garde I (1973). The video Time Pieces is a co-production with the Video-Forum of the Neuer Berliner Kunstverein. The work shows the participants as they are recording sounds of their pulses and breathing, listening to them, and exchanging them with partners over the telephone and face-to-face. The unique Berlin tape of the premiere of Time Pieces was digitally remastered in 2011, to celebrate the 40th anniversary of Video-Forum and for the first time, is now on view in the n.b.k. Showroom in this new version. This presentation exemplifies, that the Video-Forum, apart from its activity of collecting, co-producing and mediating, is also entrusted with the digital restoration and archiving of video art.