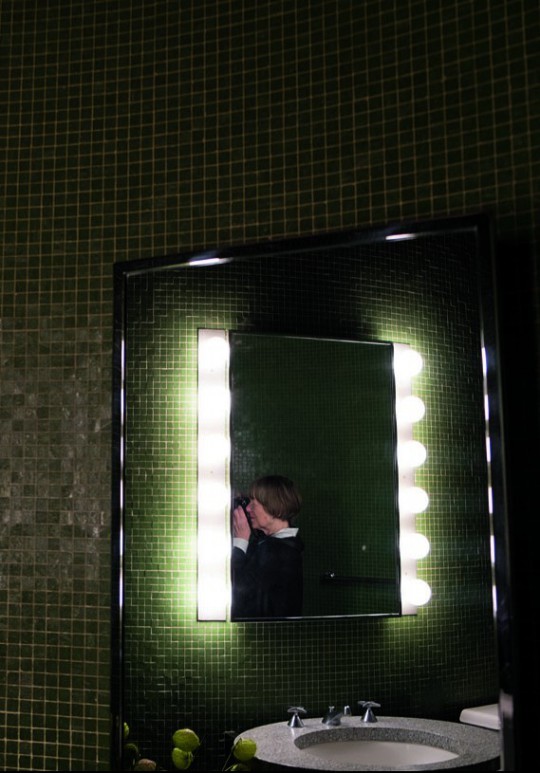 Candida Höfer is one of the most renowned German photographers with an international reputation. Her extensive oeuvre has been exhibited in museums worldwide and is represented in important collections. Neuer Berliner Kunstverein (n.b.k.) presents numerous new photographs and projections by the artist.

Three projections, specially arranged for the exhibition, are showing photographs by Candida Höfer in superimpositions. This includes a range of images from the well-known series Türken in Deutschland (Turks in Germany) from 1979, which compiles everyday scenes from the lives of Turkish “gastarbeiter” in the 1970s in, among others, Cologne, Hamburg and Berlin. Two further projections—Memories 2016 and Berlin 2016—reflect the artist’s ongoing examination of sites of public life and building structures, as well as, in her most recent works, of color, plane and form, and their dissolution.

The more recent photographic works, presented on walls and in showcases, consist of abstracting detail shots, e.g. of roadsides, interior designs, textile interior elements or floor and wall surfaces. The varying formats of presentation in the exhibition, as well as the shift from static to moving image point to the multiperspectivity in Candida Höfer’s work. The title of the exhibition is a quotation from the movie Emil and the Detectives (1931), much valued by Candida Höfer, which, due to its cinematic portrayal of the city of Berlin and its surprising twists and turns, until today captures one’s imagination. “Nach Berlin” (To / After Berlin) can also signify the expectations of the visitors, who are meant to be disappointed—as in the film—because there are no photographs of libraries, for which the artist became famous. Instead, one can experience new perspectives in the artistic development of Candida Höfer—from wealth of forms to basic forms, from the view on the multifarious whole to the concentration on the abstract detail and from the static to the moving image. The exhibition gives an insight into a practice, which the artist has developed and which is complementary to her previous approach. At Neuer Berliner Kunstverein, these recent works are specifically put into relation to each other in order to explore how it could go on “after Berlin”. Nach Berlin stands for a new beginning of the artist, who opposes the expectations and looks for new artistic ways.

Biography
Candida Höfer (b. 1944 in Eberswalde, living in Cologne) from 1973 to 1982 studied at Kunstakademie Düsseldorf, initially in the film class of Ole John, before becoming one of the first to move into the newly founded class of Bernd Becher. Candida Höfer’s works are represented in numerous collections and have been shown worldwide, including the following institutions: Kunsthalle Basel; Kunsthalle Bern; Portikus, Frankfurt/Main; Kunsthaus Bregenz; Museum Folkwang, Essen; Museum of Modern Art, New York; Power Plant, Toronto; Museum Ludwig, Cologne. In 2013, the artist had a solo exhibition at Museum Kunstpalast Düsseldorf. In 2002, Candida Höfer took part in the Documenta11 and in 2003, represented Germany at the Venice Biennale (with Martin Kippenberger).

Publication
The exhibition is accompanied by an artist’s book in the series „n.b.k. Exhibitions“ published by Verlag der Buchhandlung Walther König, Cologne.
www.nbk.org