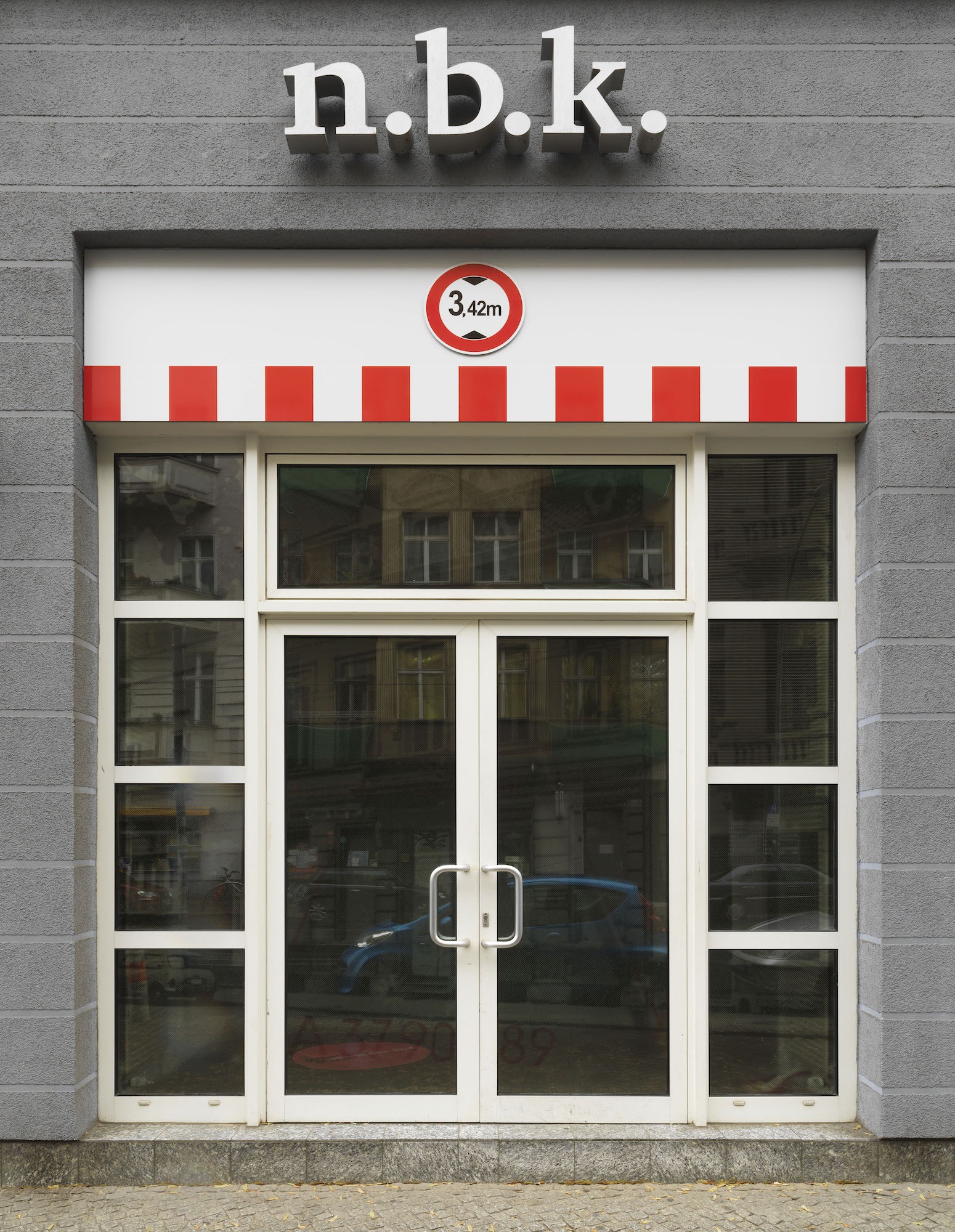 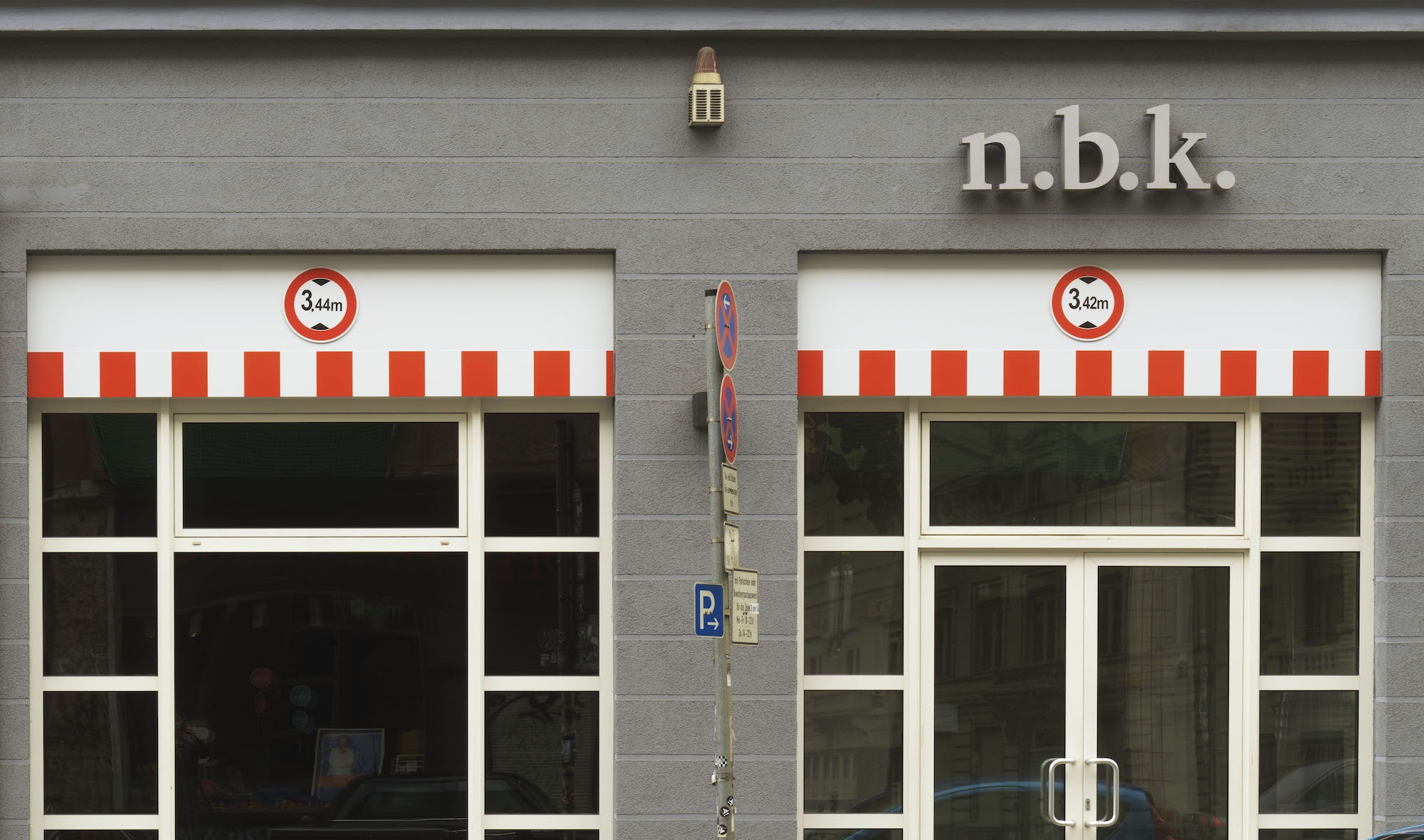 Ceal Floyer, Maximum Headroom, 2014/2018
Installation view at Neuer Berliner Kunstverein
With the work Maximum Headroom (2014/2018), Neuer Berliner Kunstverein continues its project series on urban space. Ceal Floyer’s intervention on the façade of the n.b.k. consists of a series of individualized traffic signs that designate the area above the large window façade and indicate the exact overhead clearance at the respective upper edges. The work, characterized by formal simplicity and austerity, reduces an everyday circumstance to absurdity by suggesting an alleged risk that does not even exist. At the same time, the wordplay in the title of the work also refers to the phenomenon of limiting art, as well as dissolving any limits of it, and equally the people around it. As is typical for her work, Ceal Floyer sounds out our patterns of perception, but also the relationship between sign and reality.

The façade of Neuer Berliner Kunstverein (n.b.k.), which connects the exhibition area with the public space of the city, on an annually alternating basis serves as a surface of intervention for different contemporary artists, who develop a special project for the building. The outdoor projects directly exert their influence on the public space, they encourage an active engagement with the urban environment and stimulate a debate about contemporary art and its aesthetic, social and political implications.