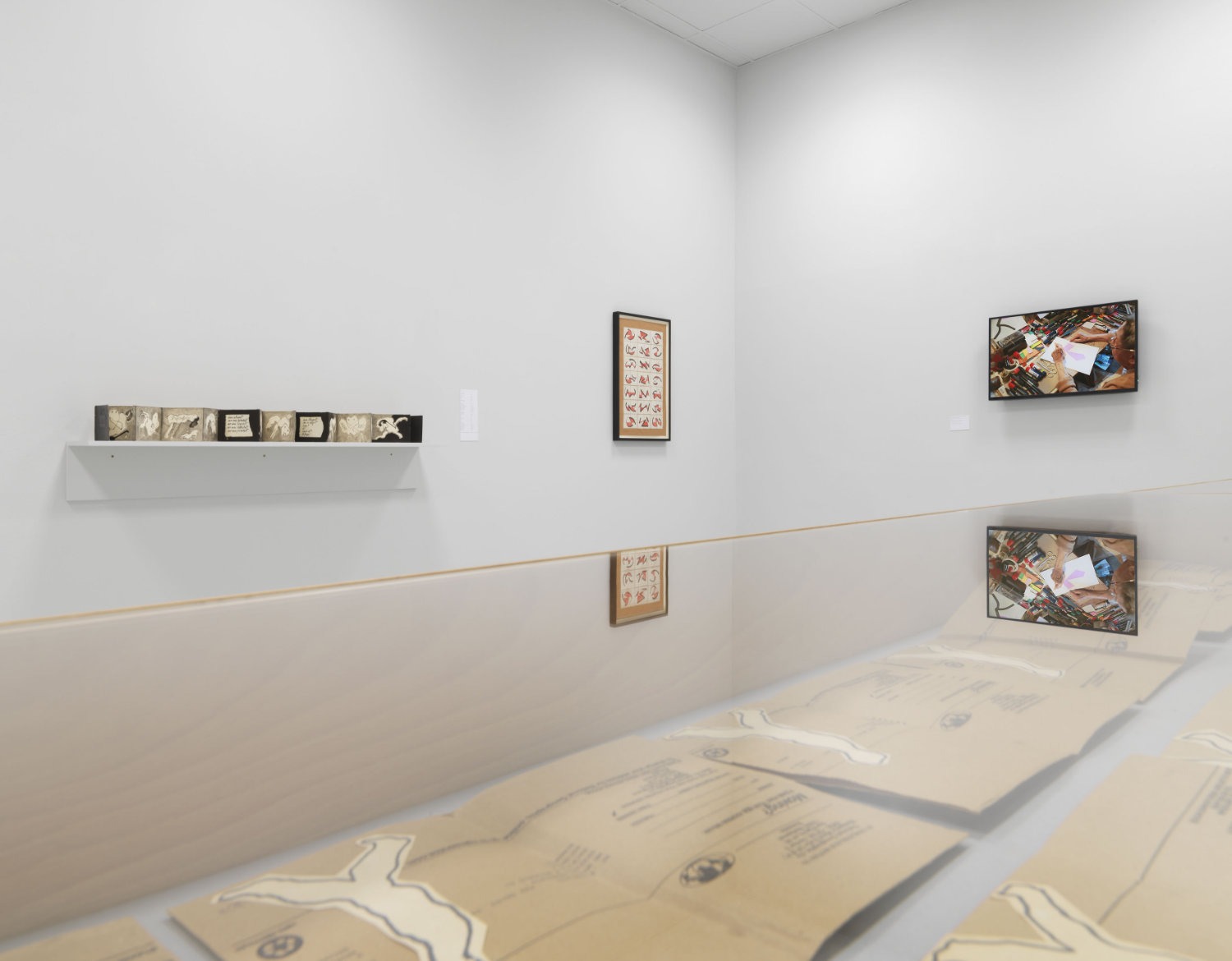 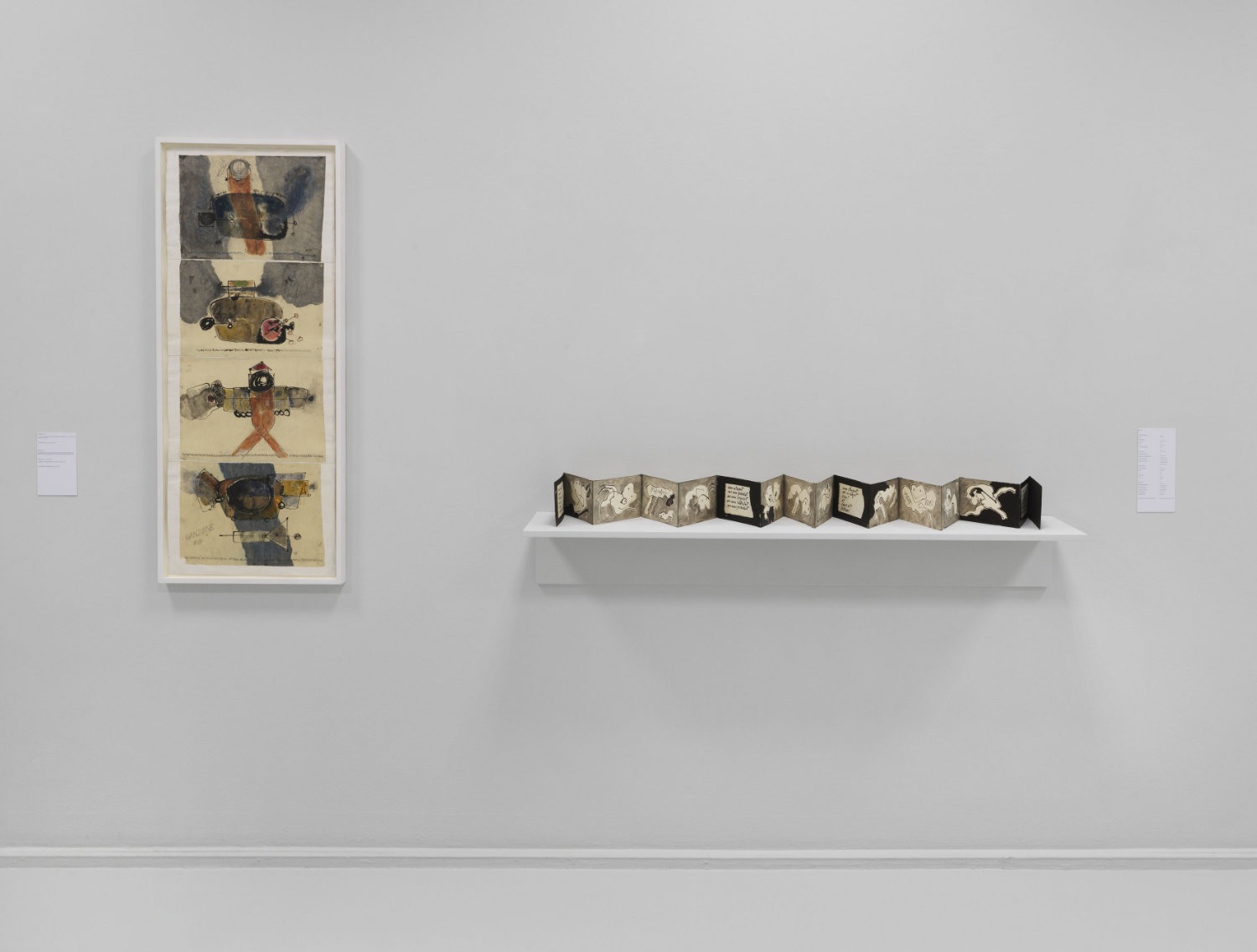 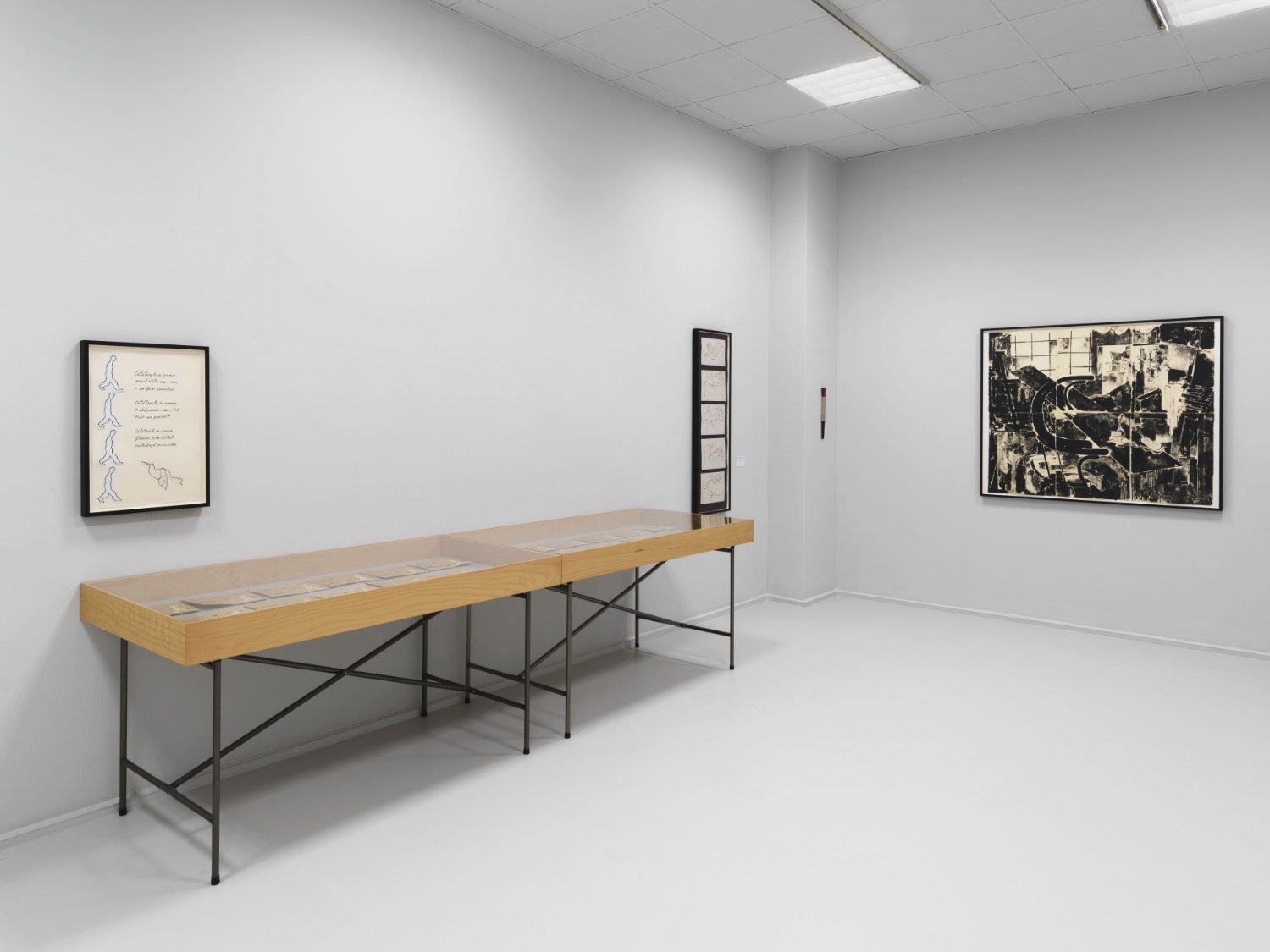 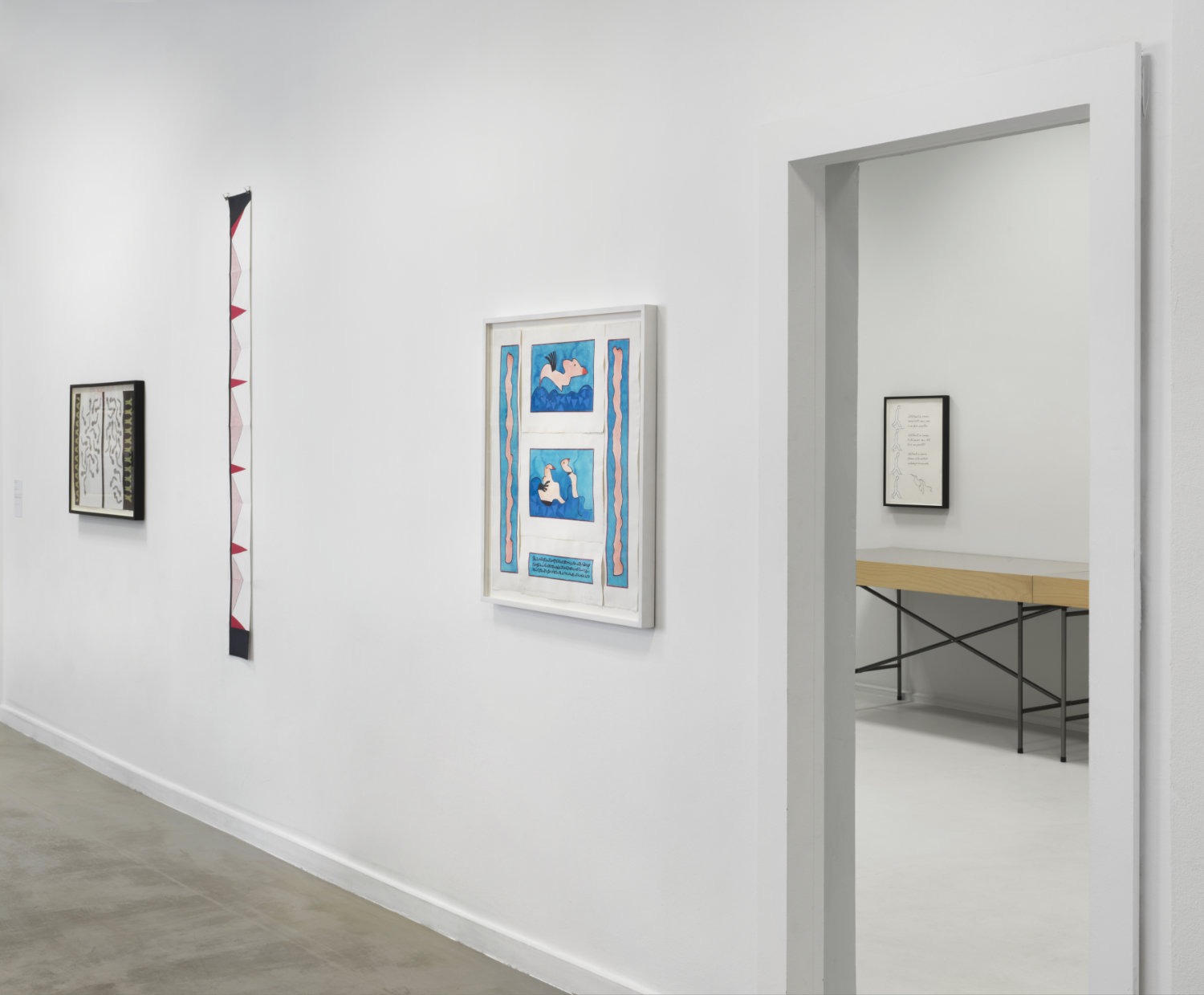 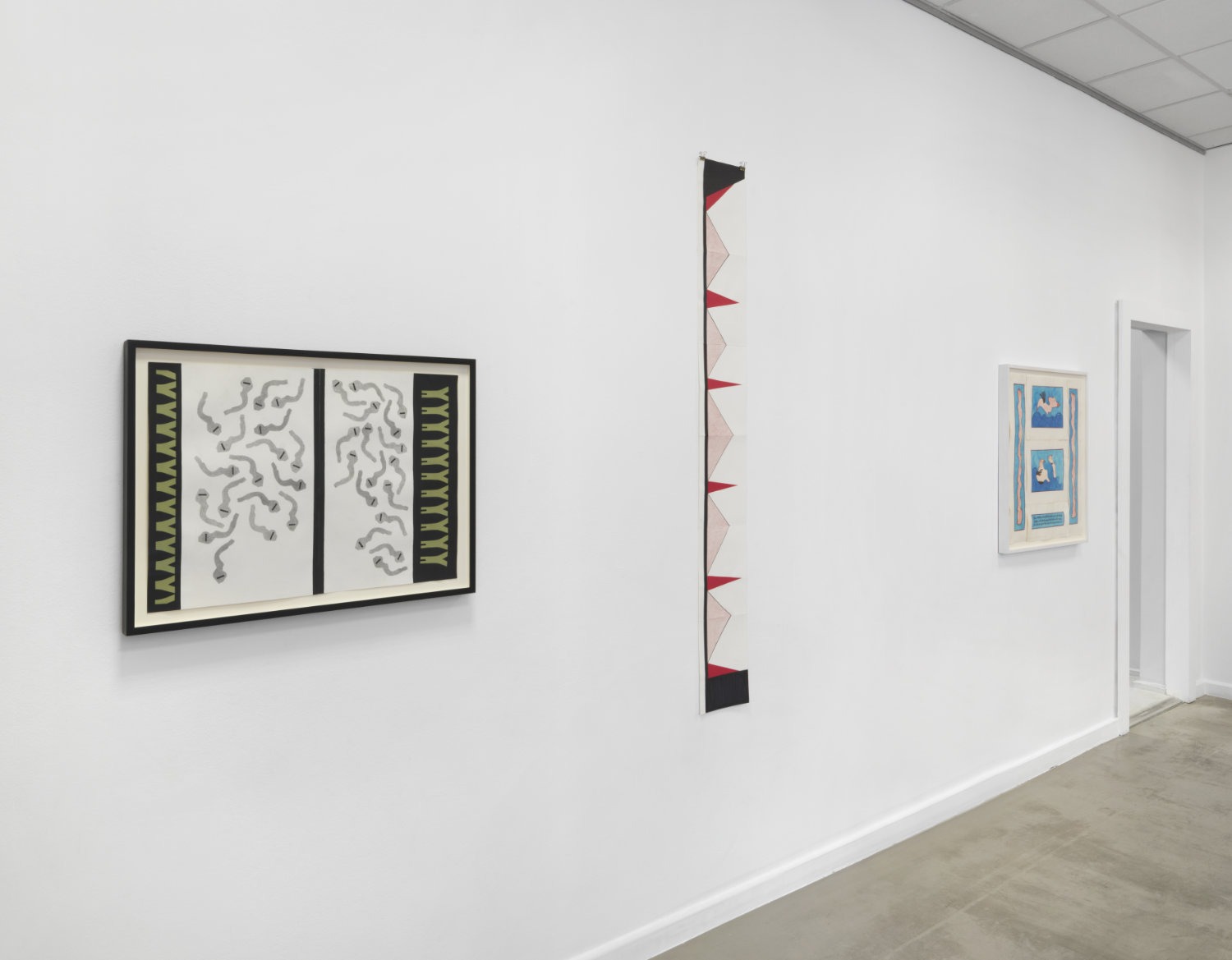 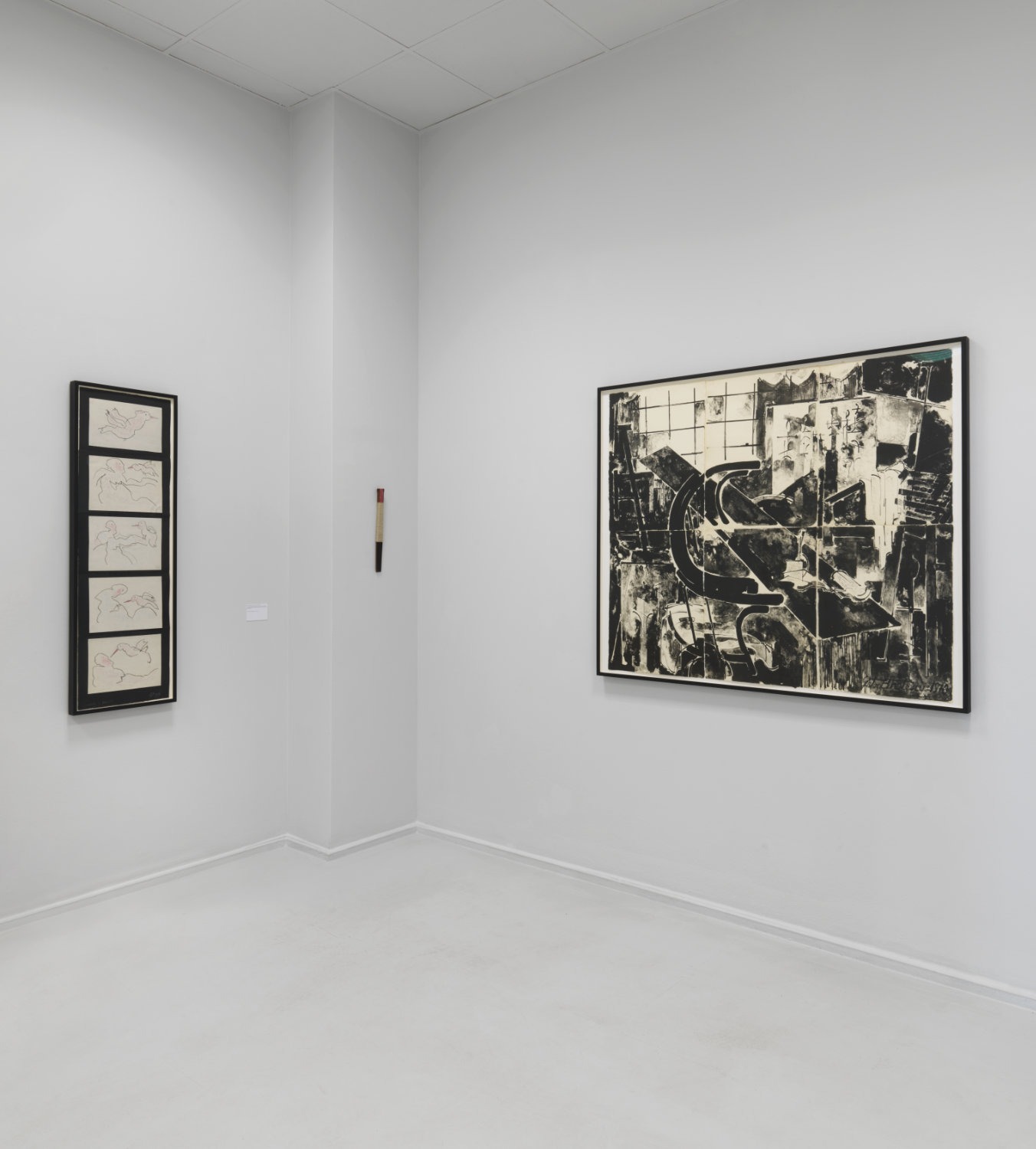 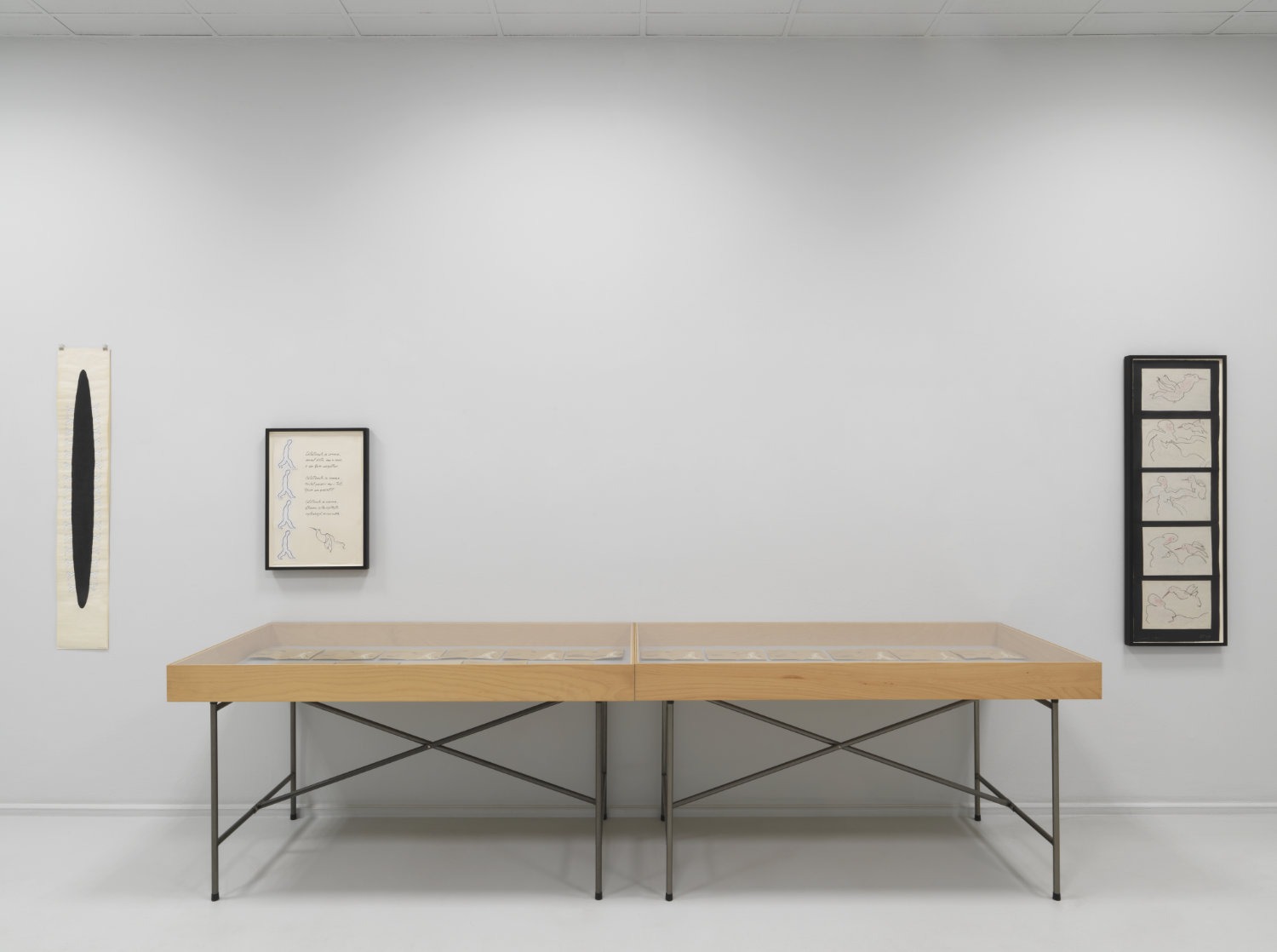 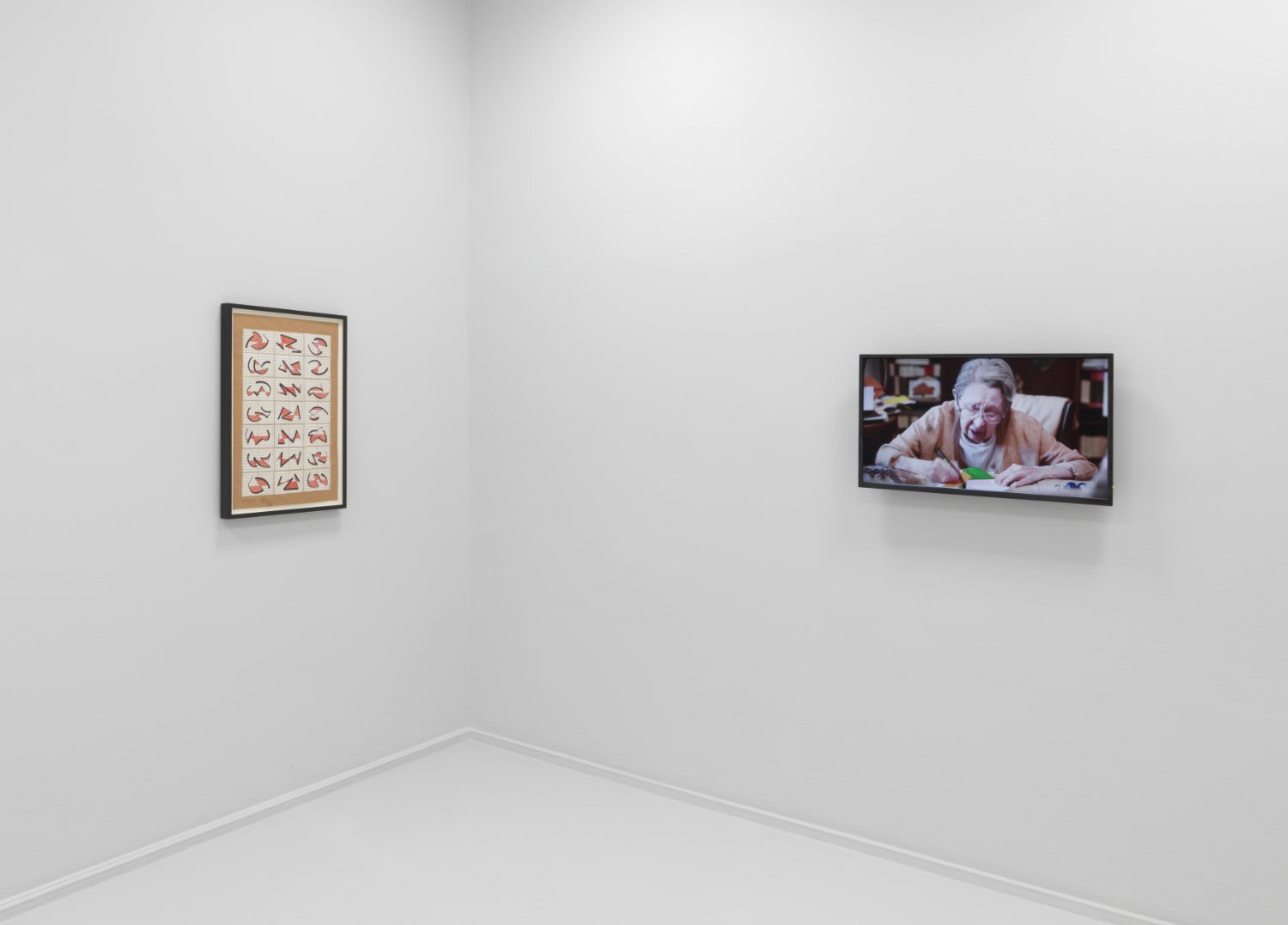 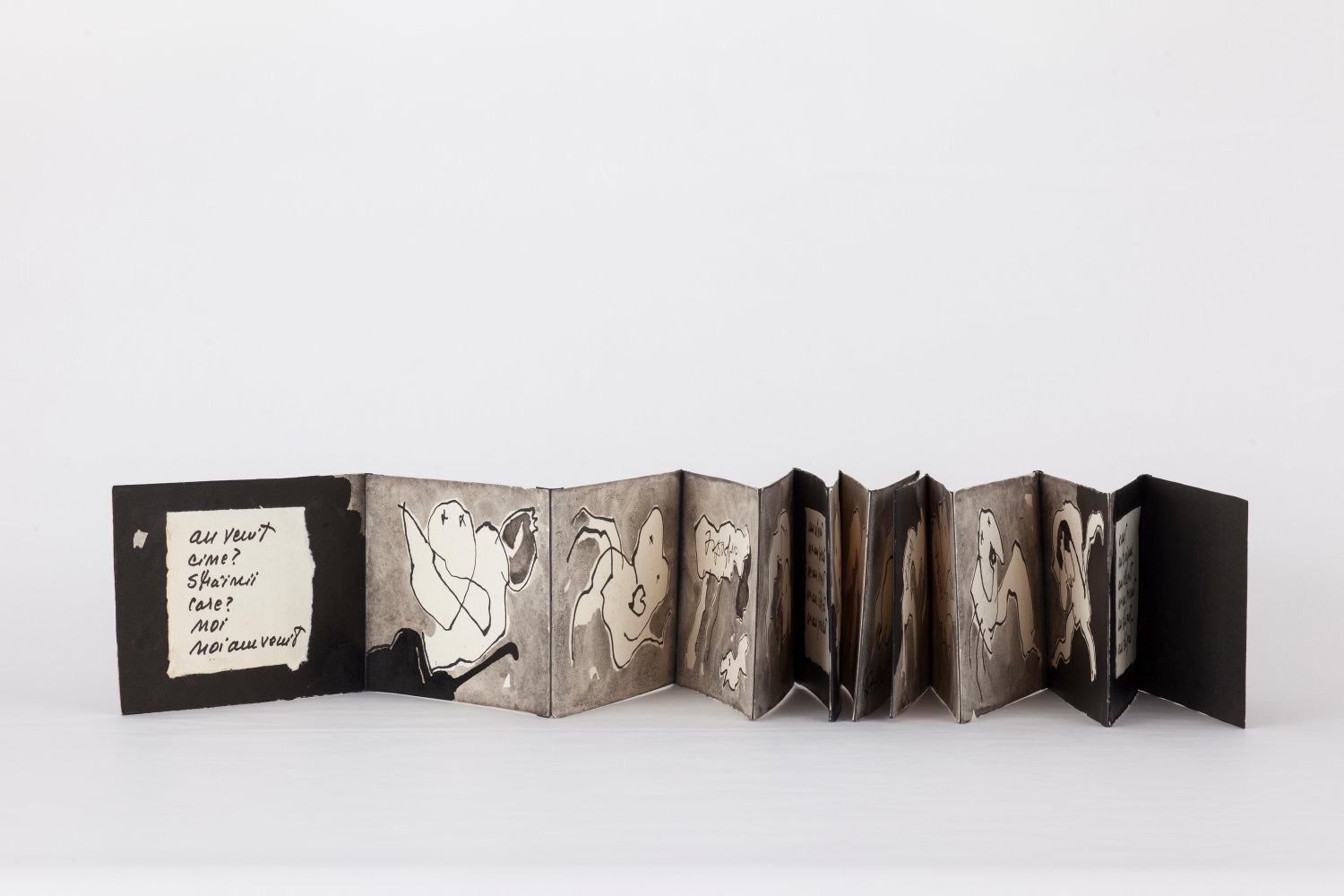 Geta Brătescu, Canzone, 1977, series of 4 drawings, ink and water color on paper, photo: Ștefan Sava
© the artist, Ivan Gallery Bucharest, Hauser & Wirth
Geta Brătescu (b. 1926 in Ploiești / Romania, † 2018 in Bucharest) is considered one of the most important conceptual artists in Eastern Europe and beyond. The intellectual complexity and the vastness of references, as well as the diversity of means of expression and themes that manifest in her practice transcend preexisting boundaries and discourses. Under the socialist rule, Geta Brătescu carved out autonomous spaces and affirmed her independence vis-à-vis a stifling, conformist and repressive social system. However, she did not act underground or in isolation from other artistic circles but with reference to contemporary developments in culture. Neuer Berliner Kunstverein now presents Geta Brătescu‘s first solo exhibition in a Berlin institution. It encompasses historical and new works by Geta Brătescu as well as a film about her creative work produced by the artist in collaboration with Ștefan Sava.

The focus of the exhibition is the artist’s engagement with the studio, which is central to Brătescu’s oeuvre. For her, the studio represents a space of interiority and concentration that is transformed into a mythical territory through artistic processes. The artist has often depicted her incessant self-exploration in the figure of the bird, the multiple incarnations of this motif can be found in several works selected in the exhibition. The depictions of the bird are balancing at the limit between representation and non-representation, between the visible and the invisible, for example in drawings made by the artist with her eyes closed. The figure of the bird in particular stands for the self-liberation as an artist and female subject.

The diverse oeuvre of Geta Brătescu includes drawings, collages made of fabric and paper, graphic works, performances, experimental films and photographs as well as objects and spatial installations. In the artist’s avant-garde work the boundaries between art and life are blurred; at the center of her works are questions regarding female subjectivity and gender, cultural and personal memory, and a permanent examination of the limits of creative expression. Since the 1990s, she has been working consistently on the formulation of an increasingly diverse artistic vocabulary and continually expanding her experiments with drawing and collage by various durational and performative components.