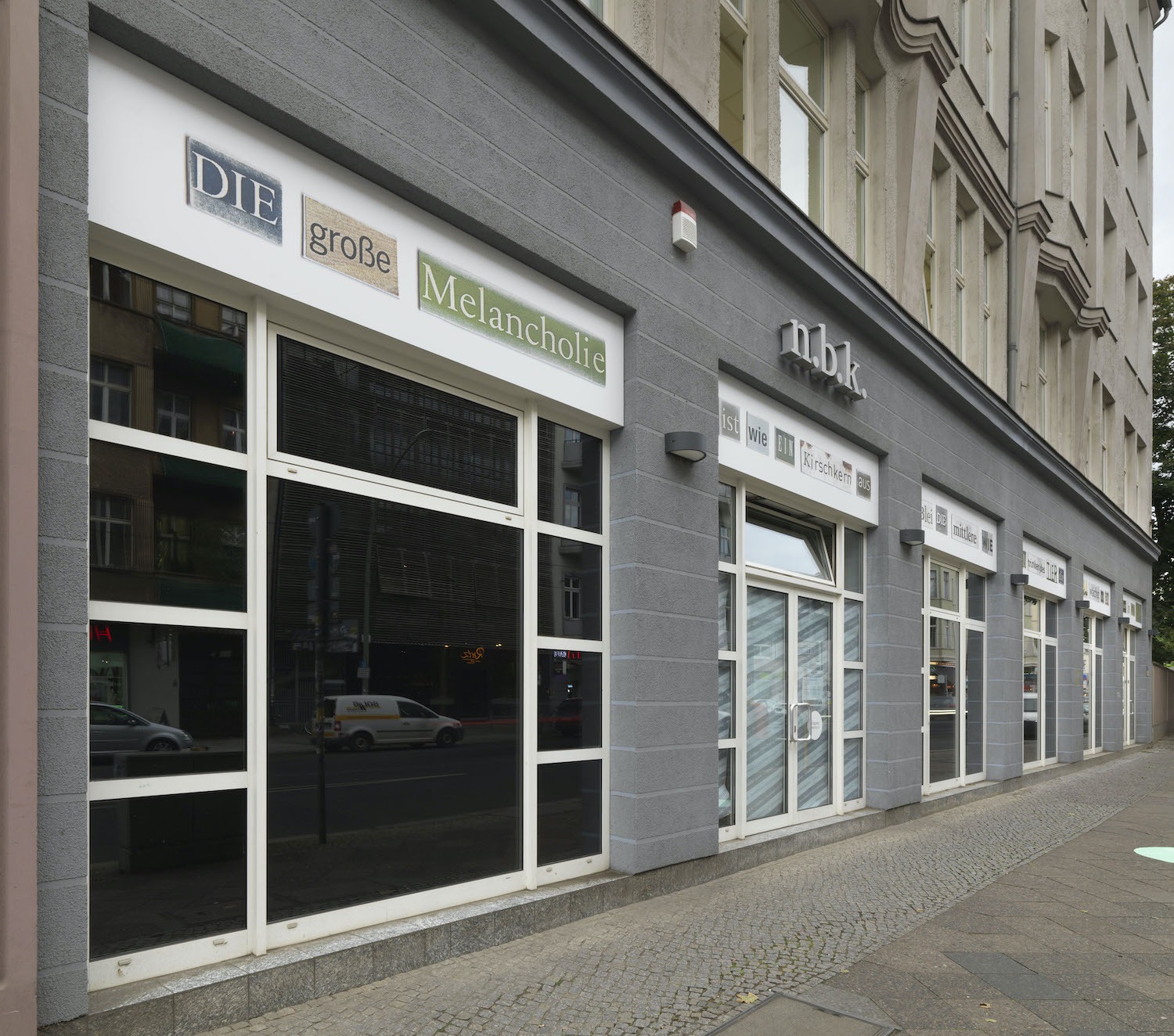 Every year, Neuer Berliner Kunstverein invites artists to realize special projects on the front of the n.b.k. building on Chausseestrasse, thus intervening in the urban space. In 2020 Herta Müller, laureate of the Nobel Prize for Literature in 2009, is presenting a new collage on the n.b.k. facade. Since 1989, in addition to her literary works, Müller has created artistic visual texts, for which she cuts out and mounts words and small visual elements from various print materials, such as newspapers, illustrated magazines, and brochures. The resulting collages have been collected in five publications to date: Der Wächter nimmt seinen Kamm (The Guard Takes His Comb, 1993), Im Haarknoten wohnt eine Dame (A Lady Lives in the Bun, 2000), Die blassen Herren mit den Mokkatassen (The Pale Gentlemen with their Espresso Cups, 2005), Vater telefoniert mit den Fliegen (2012, published in English as Father‘s on the Phone with the Flies, 2018), and Im Heimweh ist ein blauer Saal (In Homesickness Is a Blue Room, 2019).

Individual words, originally glued to white index cards, combine in their sequence to form short rhythmic, often rhyming, poem-like texts. Each word is an object of its own, “perhaps even an individual,” according to Müller. “The appearance – the different sizes, colors, and fonts – is as important for the collage as the meaning of the word itself. And the rhyme comes on top of that. But you shouldn’t notice it straight away in the collage, it shouldn’t stand out. Although [the rhyme] is the motor of the sentence, the sentences must sound as if the rhyme came into being by itself. To me it is very intimate, and has its own voice. It can mourn, wink, or also make fun of the entire text. It is like a guard, but it’s also a prankster; on the one hand it disciplines, on the other hand it catapults the text wherever it wants, and can be completely unpredictable. It demands sentences from me that I had no idea of moments before, and I often wonder how long a small word lingers. It’s an echo in the head.” (Herta Müller)