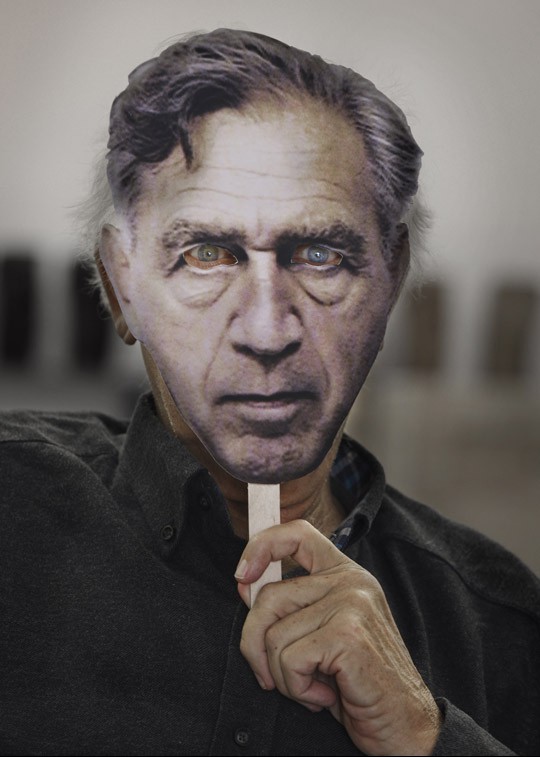 The artist, poet and activist Jimmie Durham (b. 1940 in the US, living in Berlin) began to work as a sculptor in 1964, when at the same time, since the early 1960s, he was politically active in the American civil rights movement. In 1973, he graduated in Fine Art in Geneva and returned to the United States. In the 1970s, he was a co-founder and chairman of the International Indian Treaty Council at the United Nations, where his work, among others, led to the Declaration on the Rights of Indigenous Peoples. Durham became internationally known in the 1980s with objects and sculptures that were made from materials such as stones, animal skulls and bones, carved wood, and ironically related to Euro-centric notions of “Indian art”. In 1987, Durham left the United States, first settled in Mexico and since 1994 in Europe. Among other places he lived in Dublin, Marseilles, Rome and Berlin and ever since observed the political developments of the European Union. The relationship between history and environment, architecture and monumentality, and a critical attitude towards political structures of power and narratives of national identity are often at the center of his artistic and literary work. In sculptures, film and video works, drawings and texts Durham describes behaviors and norms of coexistence in different cultures and societies.

The exhibition at Neuer Berliner Kunstverein titled Here at the Center presents videos, drawings and sculptures that have been created between 1995 and 2015 in the light of Durham’s exploration of the Eurasian continent and the complex geopolitical and social fabric of Europe. In a large number of his works Durham particularly deals with the history of Europe and its impact on the world, for example in the video installation Still Life with Architectural Elements (2000), the sculpture Eurasia, a Scent (1997) and the series of collages 1948 (2012). Alongside other video works, including those created in cooperation with Maria Thereza Alves, Heimat (2000) and Grunewald (2006), there are three new sculptures by Jimmie Durham on show, French Anatomy (2015), Not All Questions Have Reasonable Meanings (2015) and The Weight of All Flesh (2015). With the exhibition comes a publication by Verlag der Buchhandlung Walther König, Cologne (2015), the artist’s book In Europe, which for the first time brings together as a series the portraits of Jimmie Durham at different locations in Europe. The photographs highlight the prosaicness of the concept of Europe and its use in different textual and contextual forms.

Publication
The exhibition will be accompanied by the artist’s book In Europe published by Verlag der Buchhandlung Walther König, Cologne.
www.nbk.org