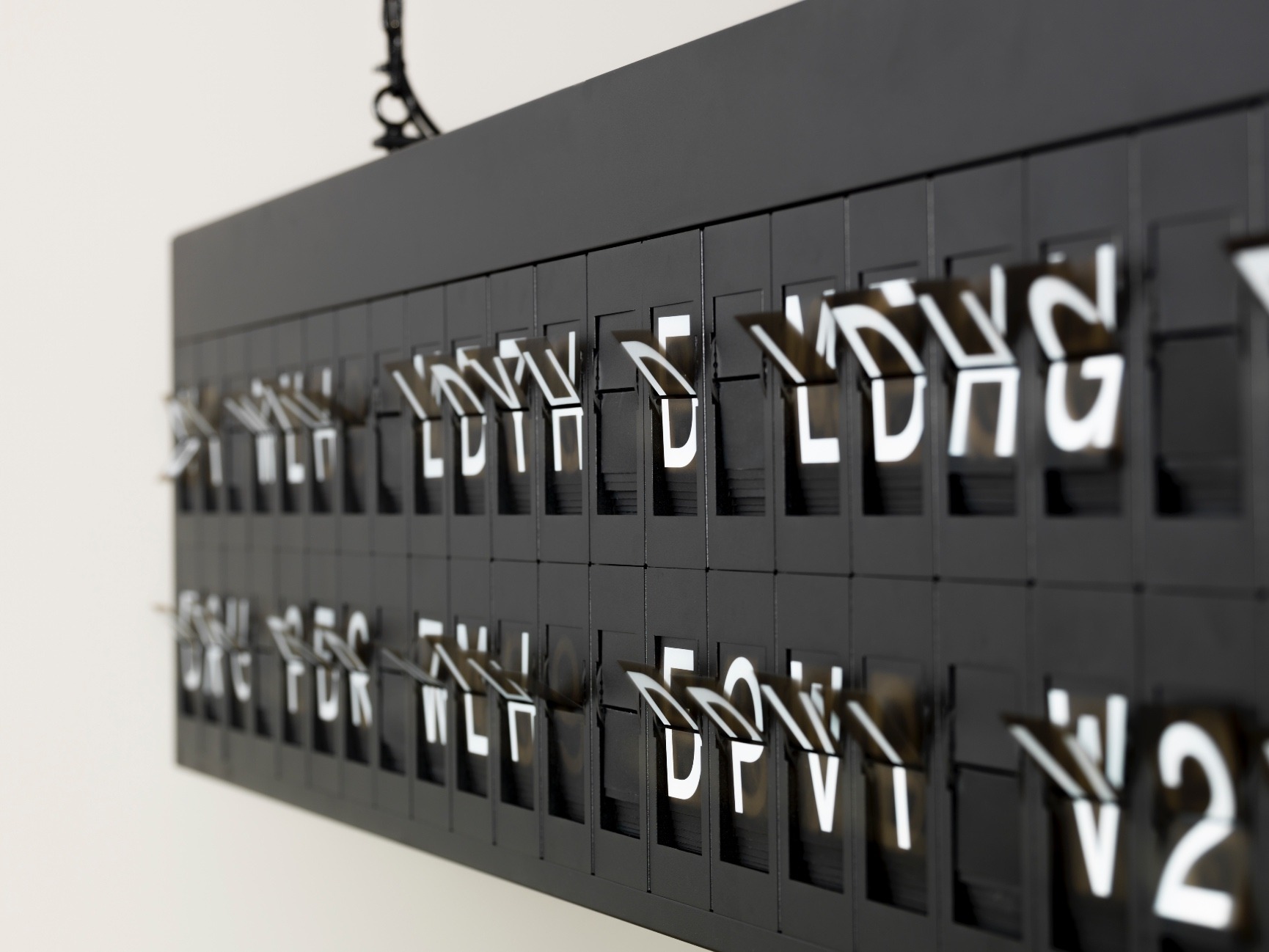 For over two decades, Shilpa Gupta has been examining situations in which the definitional power of state apparatuses and other structures that shape individual and social life come into play. In her extensive body of work, she uses technically complex installations, sculptures, interactive video projections, and sound works. As an artist who works across multiple media, Gupta also focuses in particular on participatory formats, which allow viewers to become part of the artwork. She often considers definitions of legality and illegality, security and censorship, belonging and isolation. Works such as the installation Words Come From Ears (2018), which can be seen for the first time in Germany in the Showroom of Neuer Berliner Kunstverein, and Untitled (A spoken poem in a bottle, 2018) also revolve around the examination of systems which seek to control. A poetic text that changes over time, as well as a confrontation with collected poems by persecuted poets, draw attention to imposed boundaries and the will to transgress them, revealing the subversive potential of the movement of bodies and ideas.