Step Out of the Strange Light 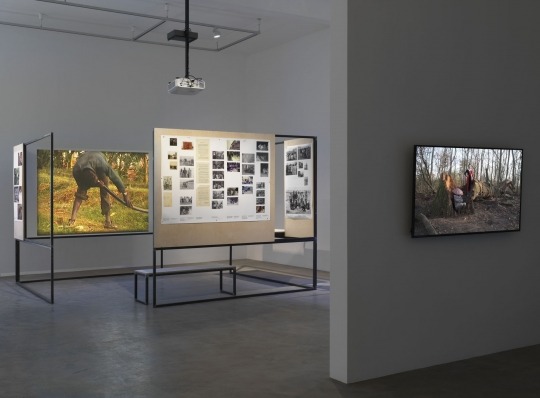 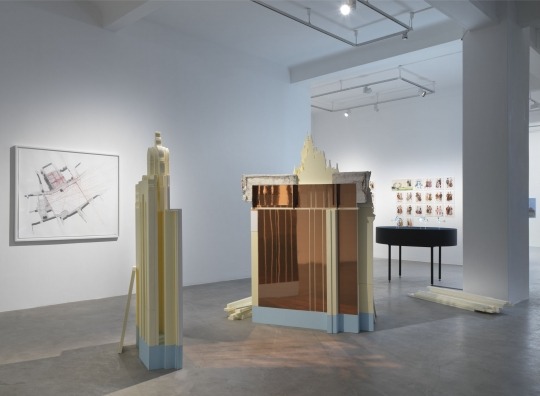 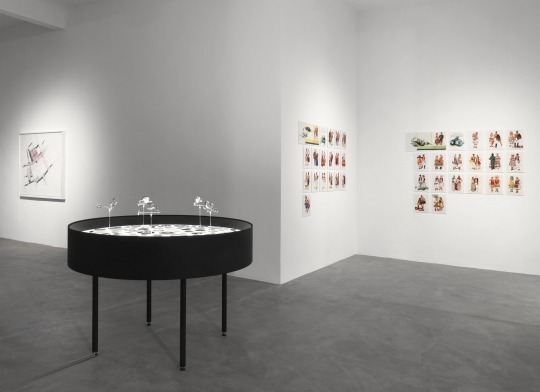 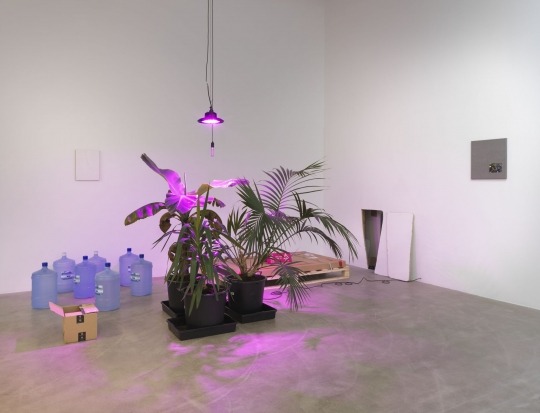 
With 'Step Out of the Strange Light', Neuer Berliner Kunstverein continues its series of group exhibitions with artists who have been awarded the Berlin Senate’s work stipends in the visual arts. The exhibition serves as a platform for diverse positions of contemporary art production in Berlin and reveals numerous connections between the various artistic and thematic focal points.

At the heart of many of the contributions is an examination of real and imagined places, shaped both by ideological implications and collective practices. A further common aspect is the impulse to reveal and question structures that are inscribed in, yet often hidden behind, forms of emergence and transformation of the social condition.

The challenges of the covid-19 pandemic that framed the grants in 2020 were and remain extraordinary. The artists’ work was impacted by cancelled research trips, postponed film projects, and uncertainties in exhibition planning. At the same time, the grant has seldom been more important for securing independent artistic practice and the feasibility of new projects. The importance of a group exhibition in Berlin is also clear: for many of the participants it is one of the few public presentations since the start of the pandemic.

“Can we finally get rid of these ghosts, forget everything and simply look ahead?” This question opens the new film by Adnan and Nina Softiæ, which addresses the link between national myth-making and the hegemonic disregard of victim perspectives in former Yugoslavia. The revision of historical narratives in public space is also considered in Larissa Fassler’s work, in which she observes the ongoing transformation and everyday use of the area around the new Berlin Palace, the site of the former Palace of the Republic. Musquiqui Chihying examines how colonial heritage is anchored in museum policies in a non-European context, using China’s economic and cultural expansion in Africa as an example.

Several artists in the exhibition use archives and institutional forms of remembering as a starting point to uncover shortcomings and critically intervene in existing mechanisms of power. Charlotte Eifler and Clarissa Thieme research the archives of the International Criminal Tribunal for the former Yugoslavia (ICTY) and develop a filmic analysis that combines strategies of reenactment, translation, and abstraction to capture documents, memories, and testimonies from multiple perspectives. Based on his many years of cinegeographical research, Raphaël Grisey collaborates with Bouba Touré and the agricultural cooperative Somankidi Coura in Mali to create a “generative archive” consisting of archival material, photographs, and interviews. Rajkamal Kahlon grapples in her work with hegemonic systems, by manipulating the pages of historical publications through overpainting, appropriation, and addition. Her series presented in this exhibition focuses on a multi-part image collection from the 1950s depicting folkloric costumes of the “peoples” of former Yugoslavia. In his journalistic and cinematic work, Padraig Robinson explores ways of modifying existing narrative traditions and visual economies from a queer perspective. In addition to the reappraisal of gay rights movements, his works focus on the socioeconomic realities of homosexuality and its criminalization.

The work of Mandla Reuter takes the form of site-specific interventions in spaces and situations. They expose resource-oriented modes of functioning and dependencies, geographically linking disparate locations in utopian scenarios. Bettina Hutschek experiments with forms of storytelling and explores the transitions between science fiction utopias, alternative concepts of reality, mythology, and research. Combining humor with sober reality, the paintings of Pau3 Sochacki depict figures that seem vaguely familiar, as well as absurd scenes commenting on the state of social values and identity politics. The artistic practice of Setareh Shahbazi is characterized by a playful approach to multiple references that unfold through conversations, collaborations, and visual notes, such as archival photographs, snapshots, and film clips. Shahbazi brings together the fragmented narratives and their different contexts, temporalities, and languages by first dissecting them in terms of their visual and thematic components and then reassembling them in an alternative order.