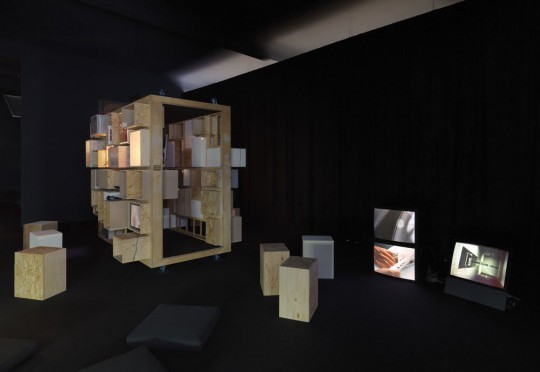 In cooperation with MIT Program in Art, Culture, and Technology (ACT), School of Architecture and Planning, Massachusetts Institute of Technology, Cambridge/USA

The exhibition project The Future Archive picks up on artistic research projects of the 1970s and 1980s from the environment of the Center for Advanced Visual Studies (CAVS), which was founded in 1967 by György Kepes at the Massachusetts Institute of Technology (MIT) in Cambridge/USA. The groundbreaking artistic approaches of a generation of CAVS Directors such as György Kepes and Otto Piene and CAVS Fellows, influenced by Bauhaus and postwar modernism, were ahead of their time. Even today, these radical ideas and collective projects of the so-called Techno-Social Movement are the starting point for contemporary art production. Along with historical and contemporary documentary material from the environment of the CAVS, the exhibition brings together current artistic and creative works. The Future Archive is an ongoing visionary project and shows how artists, architects, and designers in their interdisciplinary approaches adopt these historical standards and update them with new issues. In 2009 the Center for Advanced Visual Studies and the Visual Arts Program merged to become the MIT Program in Art, Culture and Technology (ACT) and Ute Meta Bauer served as Founding Director.
www.nbk.org