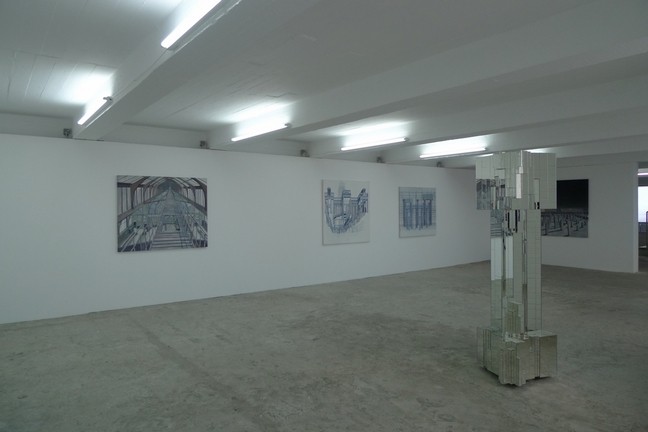 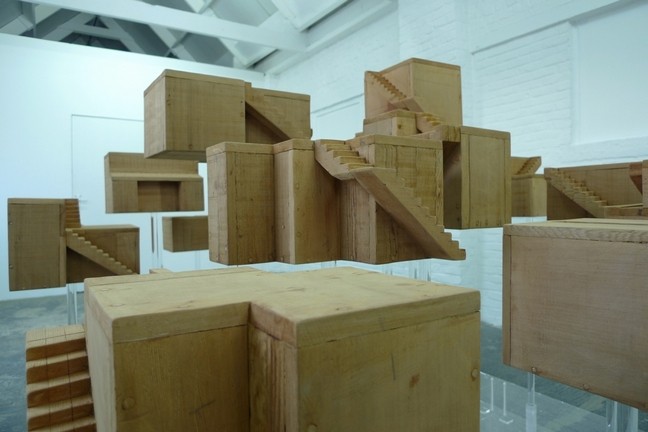 On the occasion of the publication of a monographic publication of Karel Breugelmans, looking back on the work of the artist over the past twenty-five years, Netwerk and gallery Transit in Mechelen simultaneously present a solo exhibition of the artist. A combination of new and existing work provides a clear insight into the imagery of an artist, a coherent and consistent work developed at the interface between architecture, art, regular employment and utopia. The foreword of Bart De Baere opening the publication can also be read as an introduction to the artist’s work in the exhibition.

It’s good to be given the chance to write a foreword for this book on Karel Breugelmans, knowing that effective writers will subsequently guide readers towards the value of this oeuvre in words. Words are never more than a signpost in art, one that refers us back to the work and thereby designates it as a place.

The essay by Luk Lambrecht has already been written as I write this foreword, and it is a piece in which, on the basis of his observations on this oeuvre, this viewer of art and thinker on art establishes four concepts which are themselves generous references back to the work; stay with the work, it is a worthwhile place. A month ago I heard that Peter Lang of Berlin had died suddenly, and that this book thereby lost a voice it should have included and which was of particular value to Karel Breugelmans. It is a consolation to hear that Christophe Tannert, who has guided so many artists and brought them to our attention, was prepared to write a piece as a continuation of the commitment of his friend and colleague.

In this foreword I do not want to repeat in a diluted form the clarification offered by these writers, or to start off on a new track and add to their yet another point of view, even if more concise and less well-founded, as is often the case in forewords. Nor do I want to provide the roll of drums that heralds their essays. Karel Breugelmans’ work is frugal, lean and sincere. So let me just tell you how I first encountered it. It was at the time when it first appeared on the somewhat broader scene that is called ‘the art world’.

In 1997, Wivina De Meester, as Flemish Minister of Finance and Budgets, was responsible for government buildings. She recalled an act on integrated art that the Flemish Parliament had once unanimously passed and which had subsequently remained a dead letter. She asked the property developer who was constructing the Graaf de Ferraris and Hendrik Conscience buildings for the Flemish Community whether she could introduce the percentage of art commissions that had been legislated for. Permission was given. The whole policy concerning art in public buildings ensued from that point, but the first step was a simple competition with a few lines of rules and a mass of entries.

We, the jury, could have made it easy for ourselves, since there were no criteria in the rules, by simply selecting the usual suspects, but that would not have been a good move. There was one entry whose simple, direct argumentation I can still remember clearly. The candidate worked in the building sector and he painted architectural constructions stripped down to the minimum. He wrote that the Graaf de Ferraris building would be housing the Department of the Environment and Infrastructure, so his artistic reflections would be in exactly the right place there.

They were small, square canvases showing concrete constructions in perspective, in shades of grey, simplified so much that they became almost abstract forms and lines. They remained constructions. The paint had been applied with a slow, humble focus that made them into paintings, paintings that might have hung not far from those of Dan Van Severen or Raoul De Keyser. These works are now owned by the Flemish Community. They are administered by its General and Technical Services Department, or in plain language ‘the Flemish government’s buildings department’. They were painted by Karel Breugelmans.
www.netwerk-art.be