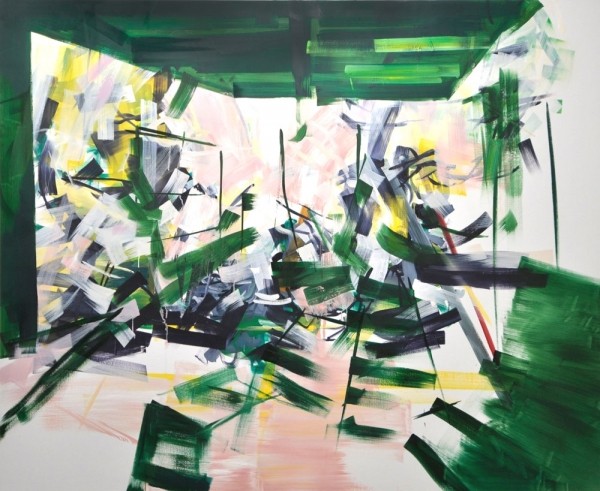 The question on which the group exhibition LandscapesCitiesPeople reflects is: which new relationships between land­scapes, cities and people appear in contemporary, late­ modern artworks.

One of the points of inspiration for the exhibition is derived from the way the relationships between land­scapes, cities and people were artistically constructed at the beginning of modernity, in the late 14th and 15th cen­turies. The first appearances of the landscape in Western art were tied to the increasing importance of the city, and a new cultural model in which the individual view, ratio­nale and actions began to play an active, creative role. it was through the pictorial representation of architecture that new relationships were indicated between man, the world and the divine, between inside and outside, here and there, culture and nature.

The exhibition takes as its starting point the assumption that we are in a kind of transition period where the mod­ern cultural model seems to be exhausted and is subject to fundamental transformations, without a strong and clear alternative having yet emerged.
www.netwerk-art.be