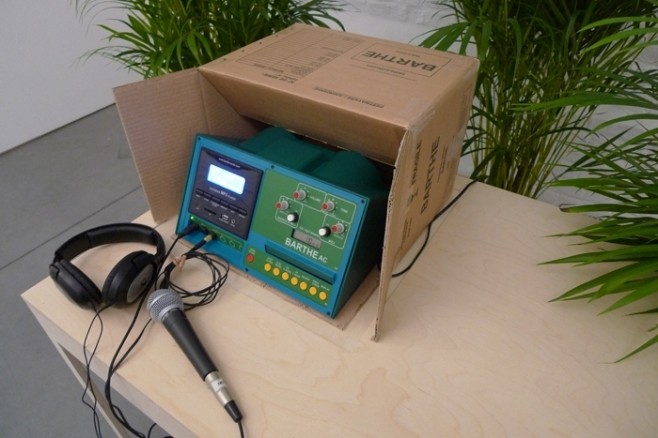 In his exhibition entitled My Last life, Vincent Meessen (°1971, BE/US) lines out an ambitious plot involving "Herbé", a double character of the author and critic Roland Barthes. Vincent Meessen fits Barthes, himself the writer of the famous Mythologies, within the mold of the ultimate “mythological” project: namely the artist who transcends his role as creator to occupy a role as a character within his work. Besides this conceptual and critical approach of the writer, Meessen presents colonial figures that were both a part of Barthes’s writings and his real life. Was his grandfather not Louis-Gustave Binger, the ‘explorer-traveler’ who annexed the Ivory Coast to the French Empire? In his critically-acclaimed film Vita Nova, through sculptures and photographs, Meessen proposes a case study on the necessity to build singular critical apparatus in order to think the relations between modernity and coloniality in all their complexity.
www.netwerk-art.be