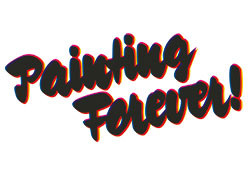 Focusing on Martin Eder (b. 1968), Michael Kunze (b. 1961), Anselm Reyle (b. 1970) and Thomas Scheibitz (b. 1968), the exhibition BubeDameKönigAss (JackQueenKingAce) at the Neue Nationalgalerie puts these four central positions of contemporary painting in Germany into a common context for the first time. Approximately 40 selected works from the past 15 years, what at first glance may appear to be fundamentally different artistic approaches are examined formally and contextually in dialogue.

The four artists - who belong to the same generation, and whose oeuvres are often characterized by similar influences and connections - have created extremely stringent, but also seemingly contradictory works. Strong contrasts in form, coloration and motifs, as well as in temporality, reveal themselves to be inherent in the works when they are viewed together. An individual interpretation of the medium of painting (which has been repeatedly written off as dead since the onset of Modernism) is reflected in the works of Eder, Kunze, Reyle and Scheibitz in numerous programmatic and formal considerations.

Abstraction and figuration, utopia and everyday life, precision and incompleteness, narration and materiality, kitsch and geometry, strategy and coincidence - the suspense and friction that are created from these relationships are handled in a different way in each case.
The exhibition starts out from a common basic understanding of painting, according to which the process of creating works should be understood as a thoroughly conceptual process, which also allows formal and content-related synergies to emerge between works.
Through the transformation of reality by means of diverse artistic methods, the clear aim becomes paramount: to deal with, examine and confront one's contemporaries, within the context of an art historical tradition that has been in existence since the Renaissance.

A four-volume publication accompanying the exhibition project will be published in conjunction with the joint opening of Painting Forever! in September 2013.
www.neuenationalgalerie.de