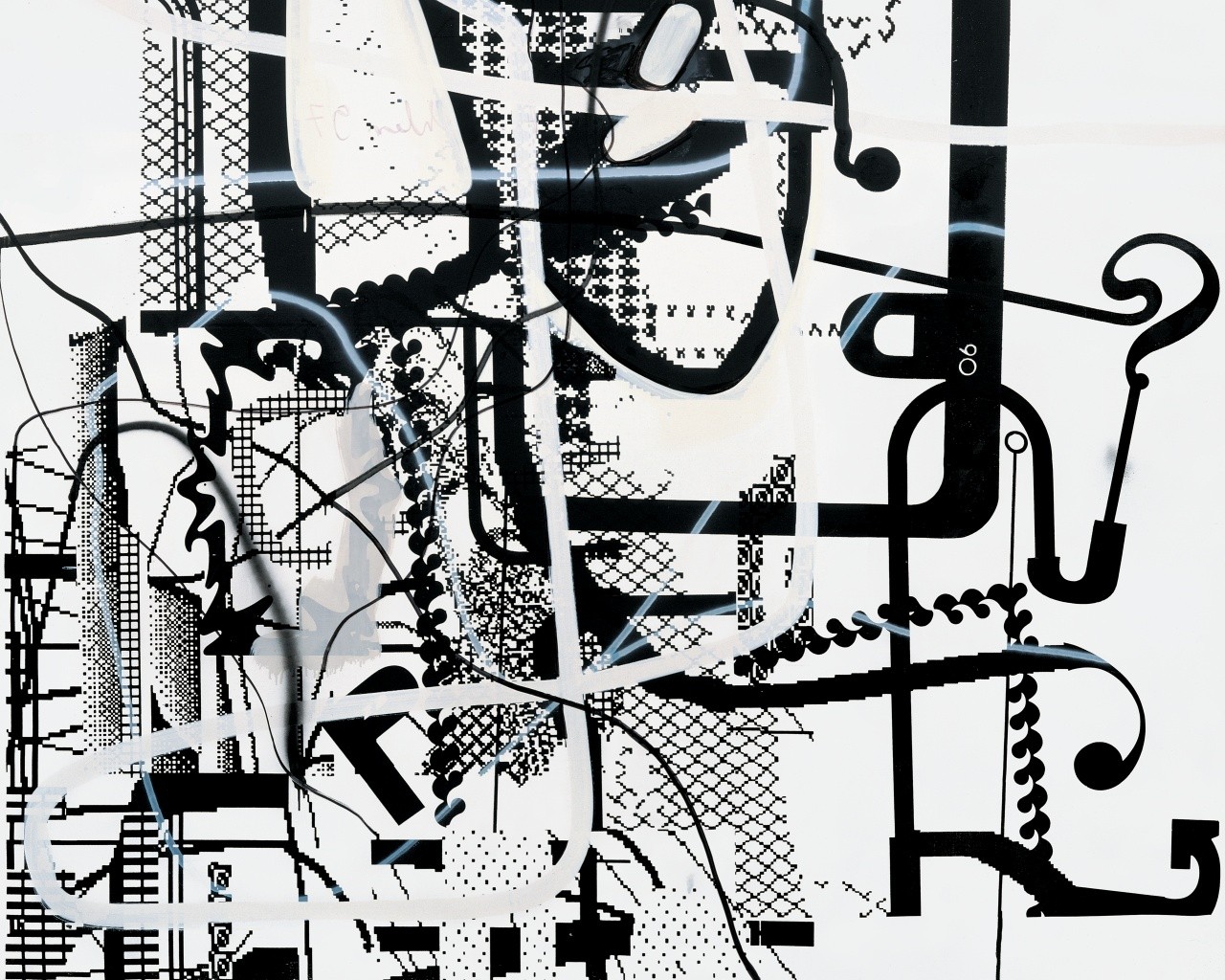 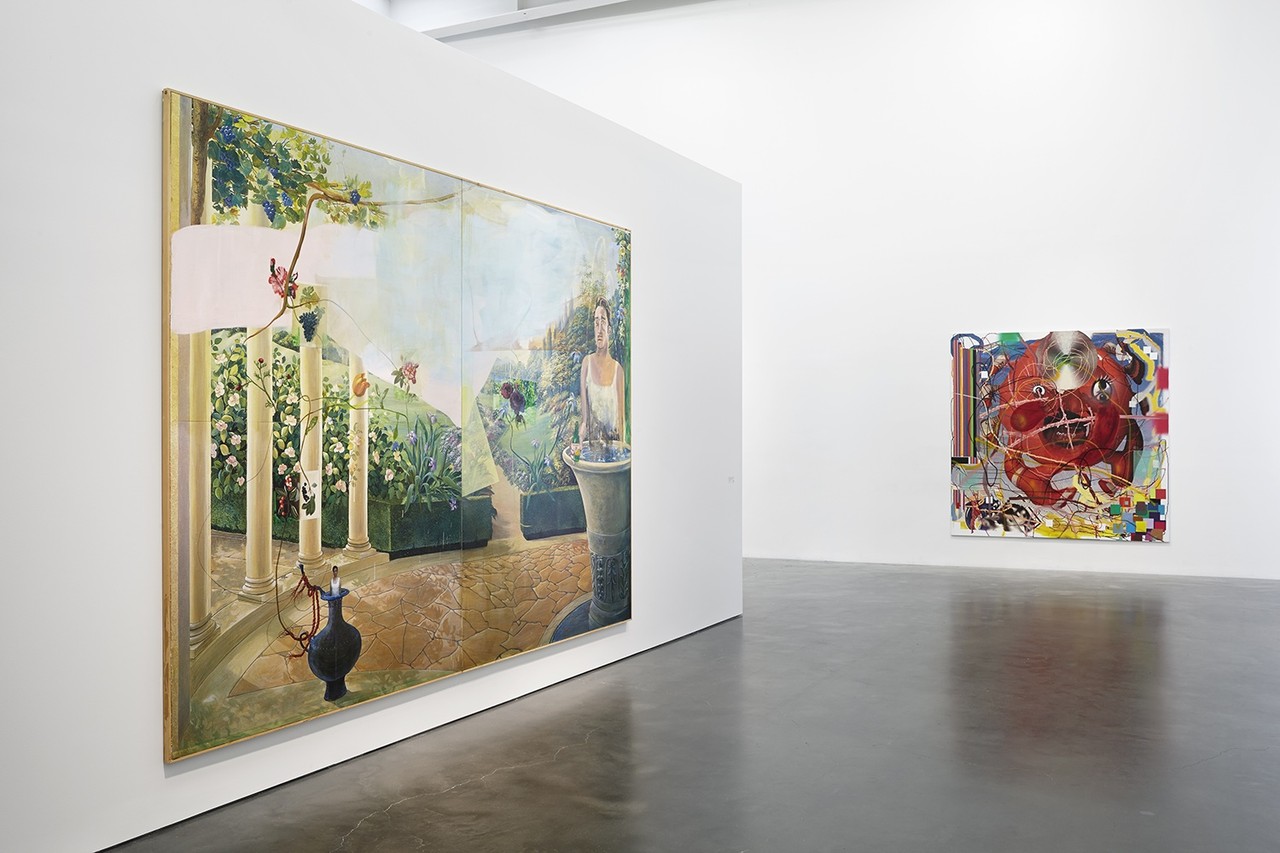 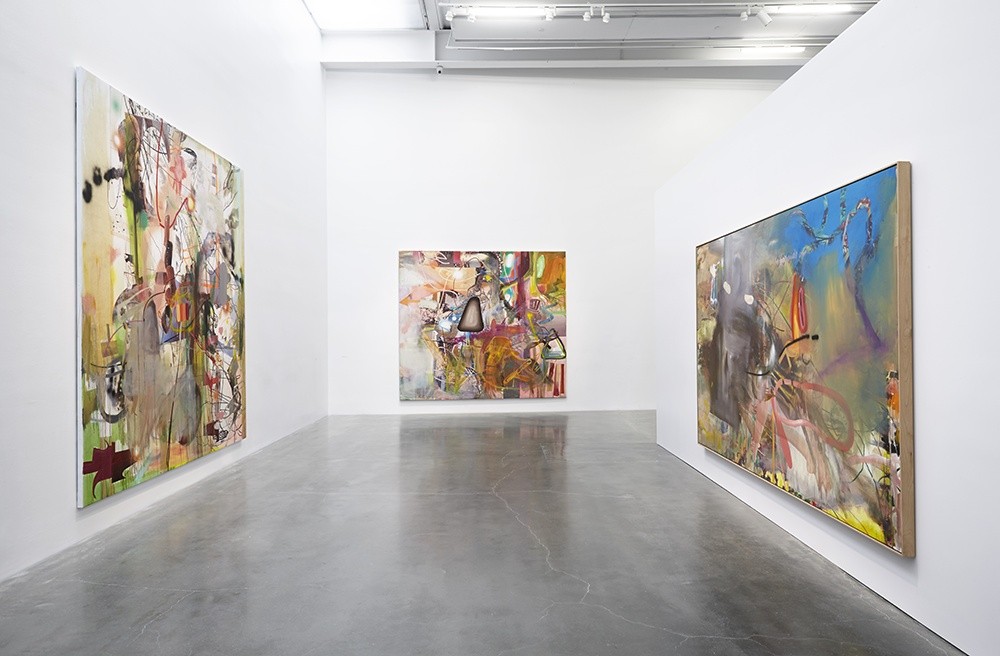 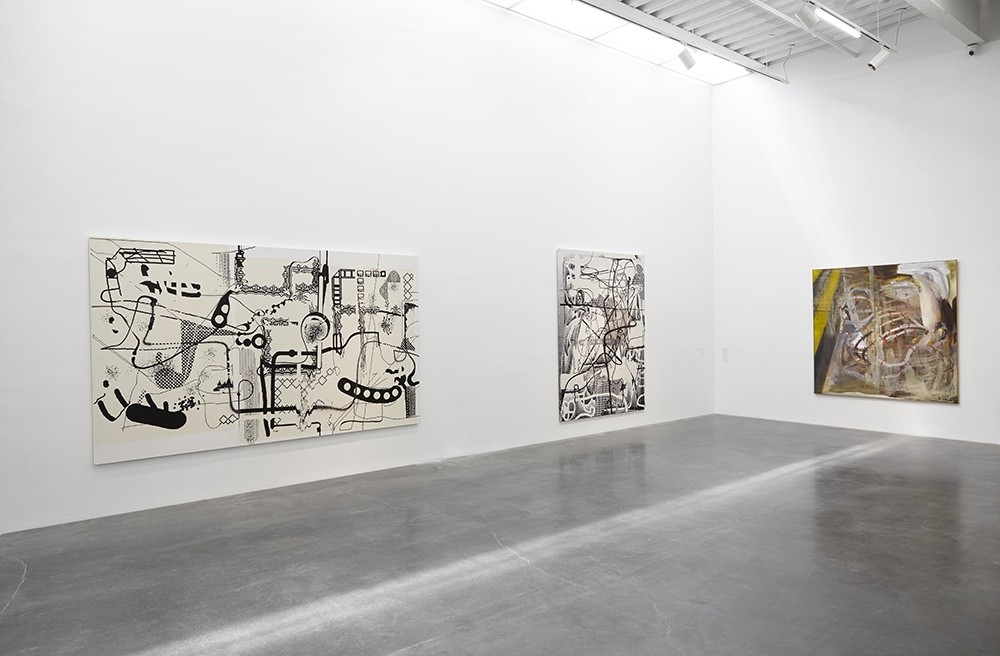 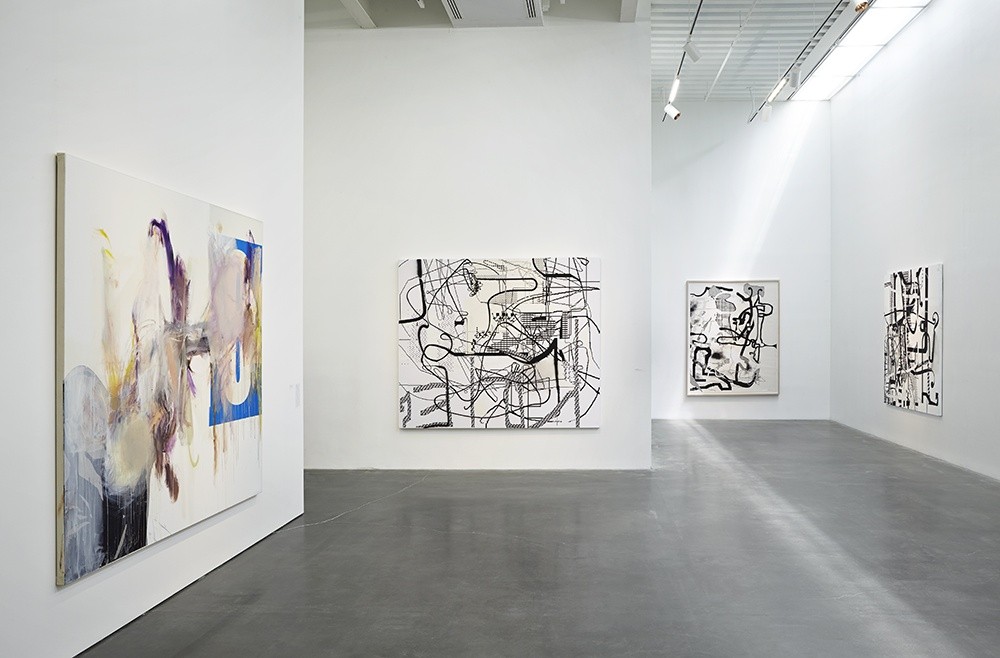 “Albert Oehlen: Home and Garden” is the first New York museum exhibition of the work of the pioneering German painter Albert Oehlen (b. 1954, Krefeld, Germany).

In the 1970s, Oehlen studied in Hamburg with Sigmar Polke and joined the circle of artists associated with the painter Jörg Immendorff. He came to prominence in Germany in the early 1980s alongside his friends and frequent collaborators Werner Büttner, Georg Herold, and Martin Kippenberger, participating in a general return to painting taking place internationally at the time. At the very beginning of his career, Oehlen set himself the task of exploring the language, structures, and experiences of painting. His work has since oscillated between figuration and abstraction, a dynamic that Oehlen constantly renews through the creation of rules and limitations that yield unpredictable results. Through this process, he has managed to reinvigorate seemingly exhausted genres of painting like portraiture, collage, and gestural abstraction. His work encapsulates both a skepticism of and faith in painting in the face of shifting critical positions and technological innovations.

The range of imagery and techniques that Oehlen has deployed throughout his career is staggering. His canvases capture haunting interiors, mutating self-portraits, archaic and digital landscapes, cryptic fragments of language, and abstractions enlivened by myriad chromatic and stylistic variations. Across all of his work, Oehlen displays an experimental and intuitive approach to painting infused with a refreshingly irrational sensibility and inspired by a variety of influences, including punk and Surrealism. In recent years, as a younger generation of artists has turned again to painting as a critical medium, Oehlen’s work has only become more influential and prescient.

Although it is difficult to overstate the importance of Oehlen’s work to the recent history of painting, it is also challenging to find a comfortable resting point for him within the story of contemporary art. But that is also precisely his intention: each new series by Oehlen presents a radical new proposition for the possibilities of painting and for the kinds of information, images, and experiences it can contain. These radical gestures reconfigure our understanding of the medium’s history, opening it up for future generations to explore. Oehlen’s impact reverberates in the work of countless young artists practicing today, yet his own work is defined by an obsessive, restless process of reinvention, refusing categorization and instead embracing approaches or problems that will generate new modes of working.

“Albert Oehlen: Home and Garden” includes a selection of the artist’s early self-portraits, his “post-non-objective” canvases, his computer paintings and switch paintings from the 1990s, and more recent works fusing appropriated advertising signage and abstract marks. Rather than following a chronological path through Oehlen’s prodigious thirty-year career, the exhibition explores contrasts between interior and exterior, nature and culture, and irony and sincerity, while also demonstrating the artist’s commitment to continually expanding the language of painting in surprising ways.

Albert Oehlen was born in 1954 in Krefeld, Germany. He studied at the Hochschule für Bildende Kunst in Hamburg, Germany, and has exhibited extensively throughout Europe and the United States. Oehlen has been the subject of solo exhibitions at a number of international institutions, including the Museum Wiesbaden, Germany (2014); Museum Moderner Kunst, Vienna (2013); Kunstmuseum Bonn, Germany (2012); Musée d’Art Moderne de la Ville de Paris (2009); Arnolfini, Bristol, and Whitechapel Art Gallery, London (2006); Museum of Contemporary Art, North Miami (2005); Kunsthalle Basel (1997); IVAM Centre del Carme, Valencia, Spain (1996); the Renaissance Society at the University of Chicago (1995); and Kunsthalle Zurich (1987). He has participated in many major group exhibitions, including the 2013 Venice Biennale. Oehlen was Professor of Painting at the Kunstakademie Düsseldorf from 2000 to 2009. He currently lives and works in Switzerland.
www.newmuseum.org