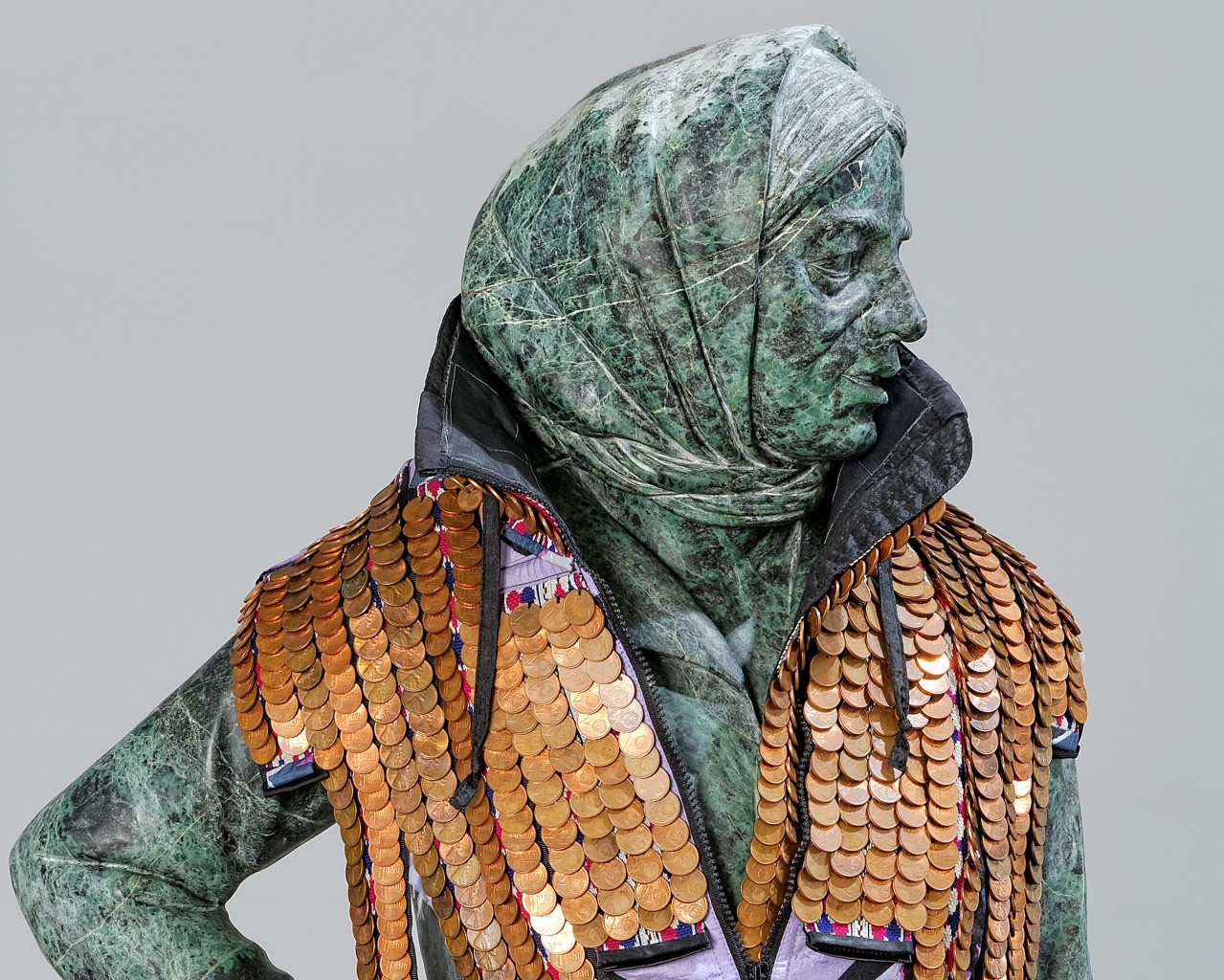 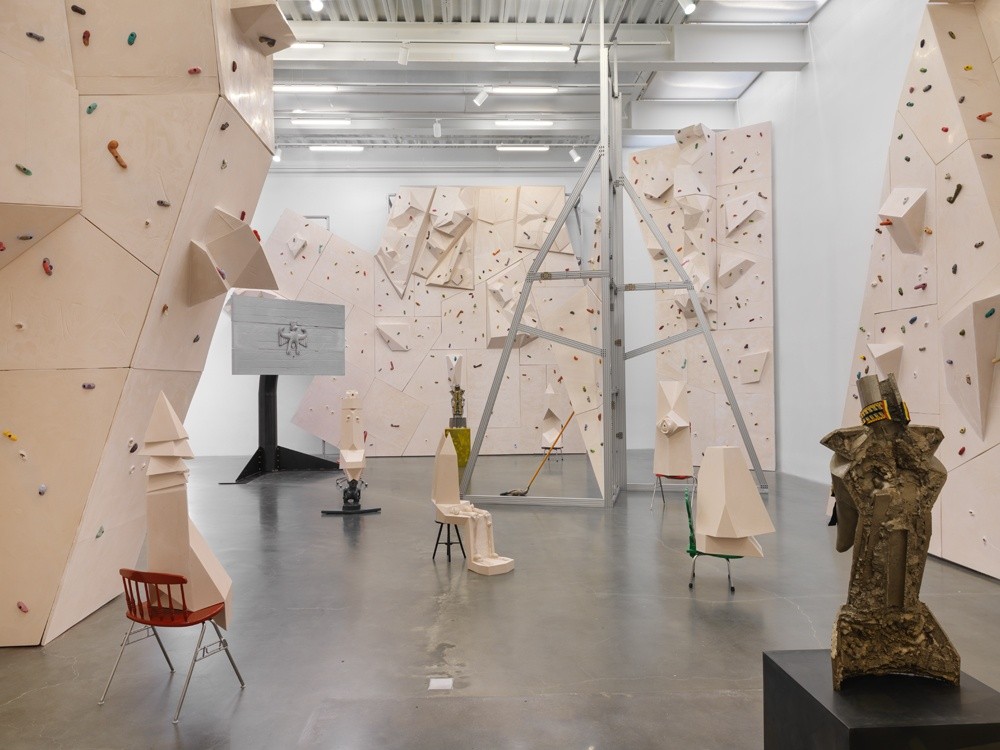 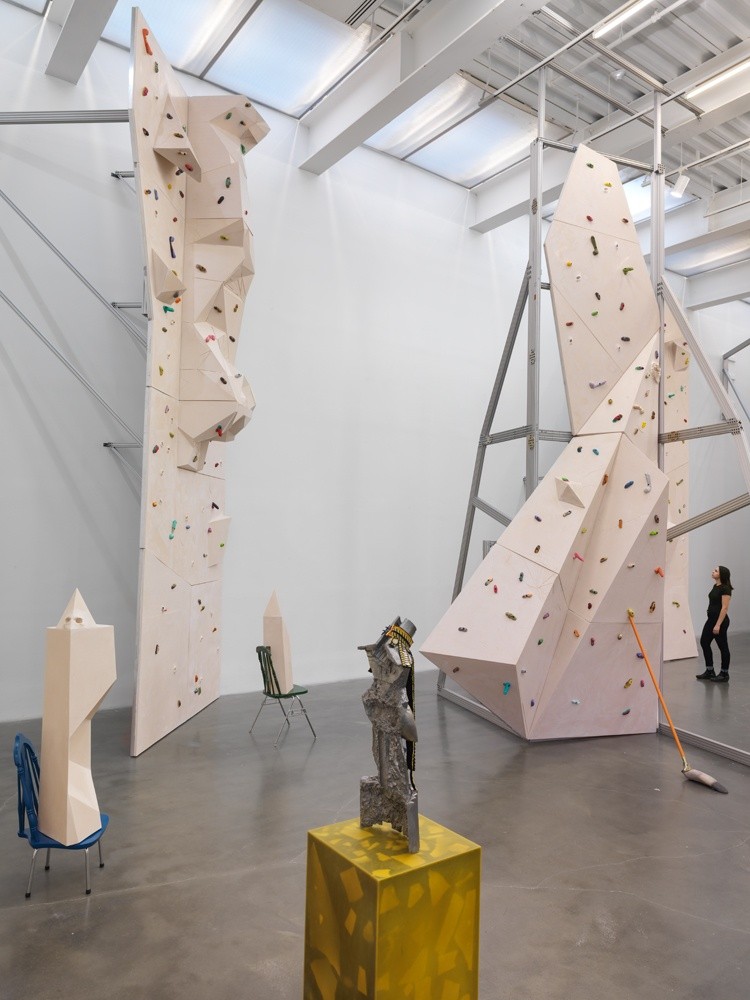 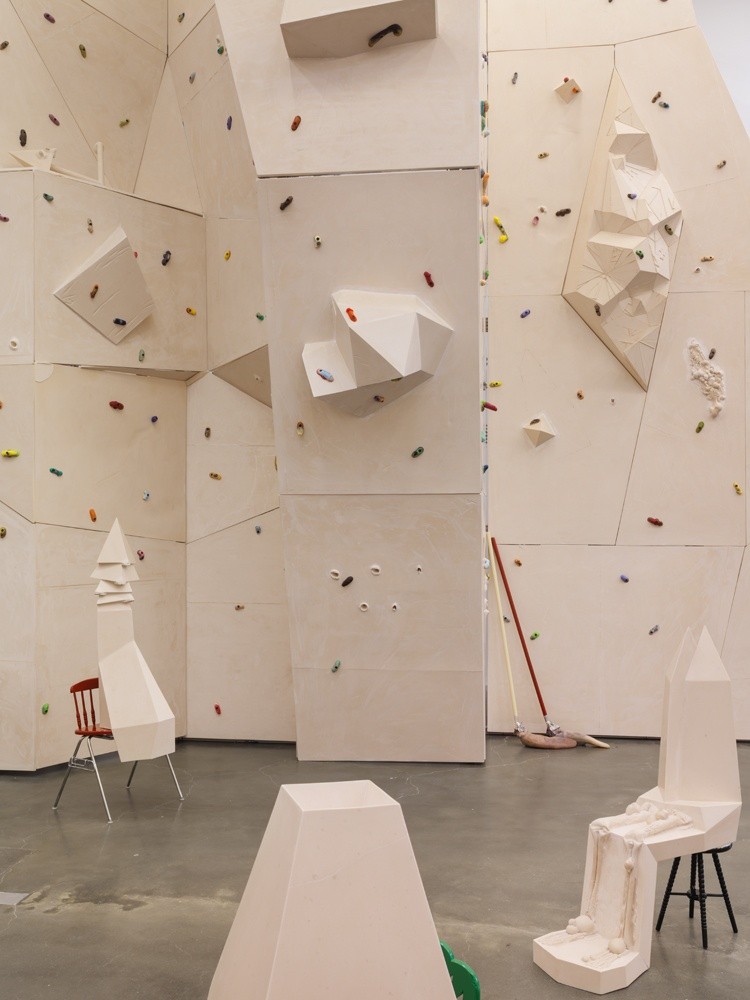 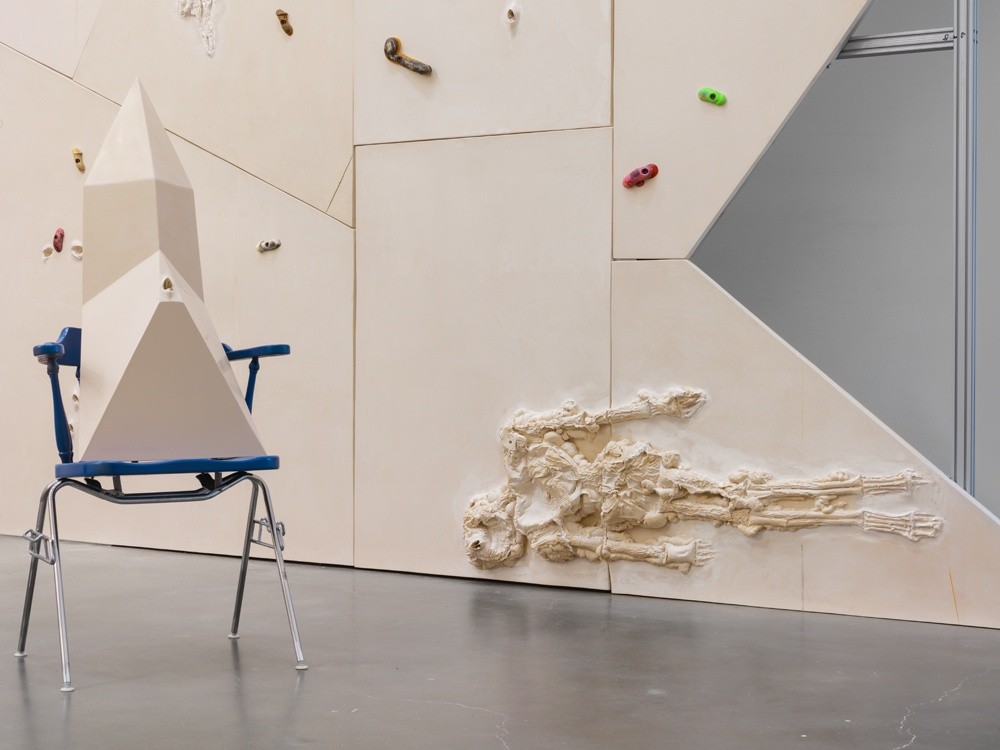 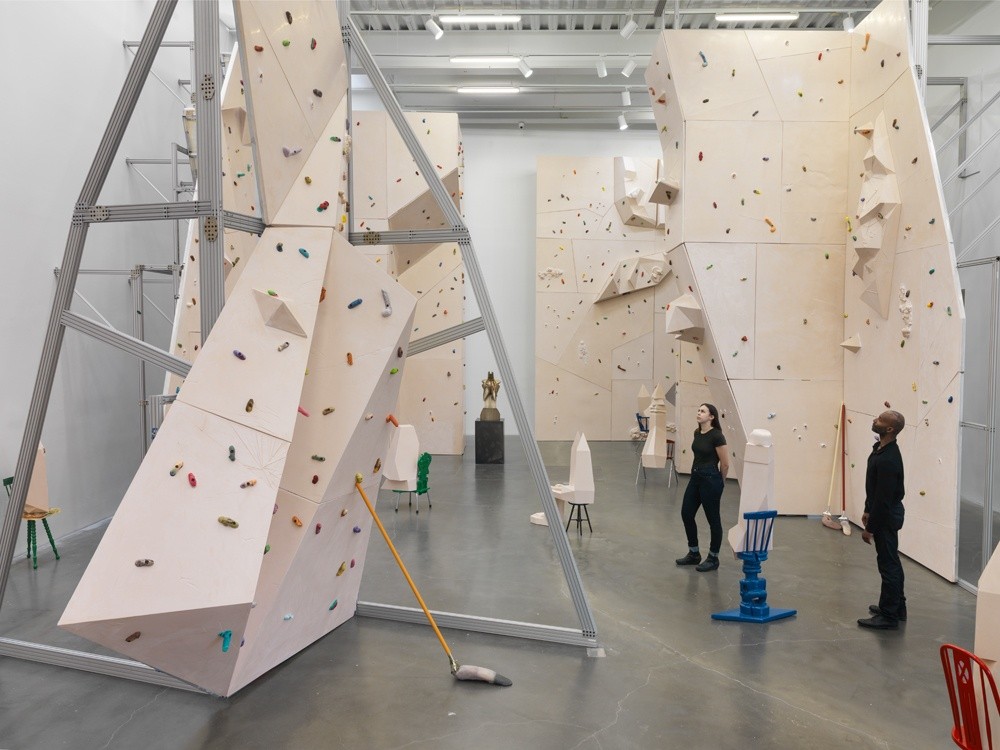 In spring 2016, the New Museum presents the first museum exhibition in New York of Andra Ursuţa.

This presentation is the first New York museum exhibition of the work of New York–based artist Andra Ursuţa (b. 1979). Ursuţa’s sculptures and installations thrive on paradox and engage a visual language that weaves an art historical homage with a homespun, anarchic sensibility. From early in her career, Ursuţa has used a fatalistic dark humor to expose power dynamics, to probe the vulnerability of the human body, and to examine modes of desire. The Romanian-born artist immigrated to the United States in the late 1990s, but many of the narrative facets of her upbringing—from occult folk traditions to blundering nationalist propaganda—resonate throughout her work. Ursuţa’s New Museum exhibition debuts a new sculptural installation, Alps (2016), which is presented in dialogue with the artist’s recent sculptures, including her series Whites (2015), which has its United States premiere in this show.

The sculptures that compose Whites take the form of anthropomorphic obelisks—bone-like shrunken monuments with eye sockets and nostrils cast from human skulls. Half figure and half stela, they haunt the gallery like ghosts and are seated on chairs whose designs reference periods of European colonialism. Ursuţa’s Alps transposes her obelisk-like figures to an artificial landscape that envelops the gallery space. Informed by stylized representations of natural landscapes—from indoor rock-climbing walls to the rocks depicted in Byzantine paintings— Alps flanks the walls of the gallery with craggy geometric forms jutting out like crystalline growths. The work’s title denotes a specific geographical feature: Europe’s Alps are a major natural barrier, which has taken on a new significance in light of current efforts by migrants to cross into western Europe. Seen alongside Whites, the squadron of forlorn obelisks that patrol the premises like specters of bygone imperialist ambitions, and the marble Roma women of Commerce Exterieur Mondial Sentimental (2012), Alps suggests a commentary on the impulse to guard and fortify borders. Cast in the surfaces of these pallid panels, pouches of bodily mass—in the shape of inflatable toy skeletons—appear suspended like flies in a web or frozen like fossilized bog bodies. Other skeletal cavities perforate the surface and, together with penis-shaped climbing holds, offer rude and morbid grips for a hypothetical climber.

In Commerce Exterieur Mondial Sentimental, life-size marble figures adorned with coins glare at the viewer with palpable contempt. Informed by a socialist-realist aesthetic and inspired by a news image of a Roma woman being deported from France, they evoke lifeless mannequins trapped in an economy in which the value of both human beings and commodities is determined by foreign powers. Scarecrow (2015), an unusual apparatus for a nonexistent sport, is part goalpost, part concrete flag: at its center is a cartoonish inflatable eagle, whose tumescent arms are pumped up in victory. In this work, a classic emblem of European nationalism is transformed into an icon of empty threats—a monument of imperial folly more than a real menace.

The exhibition is curated by Natalie Bell, Assistant Curator, and Massimiliano Gioni, Artistic Director. It is accompanied by a publication with contributions by Bell and artist Maurizio Cattelan and an interview between the artist and Gioni.
www.newmuseum.org