The Loom of History 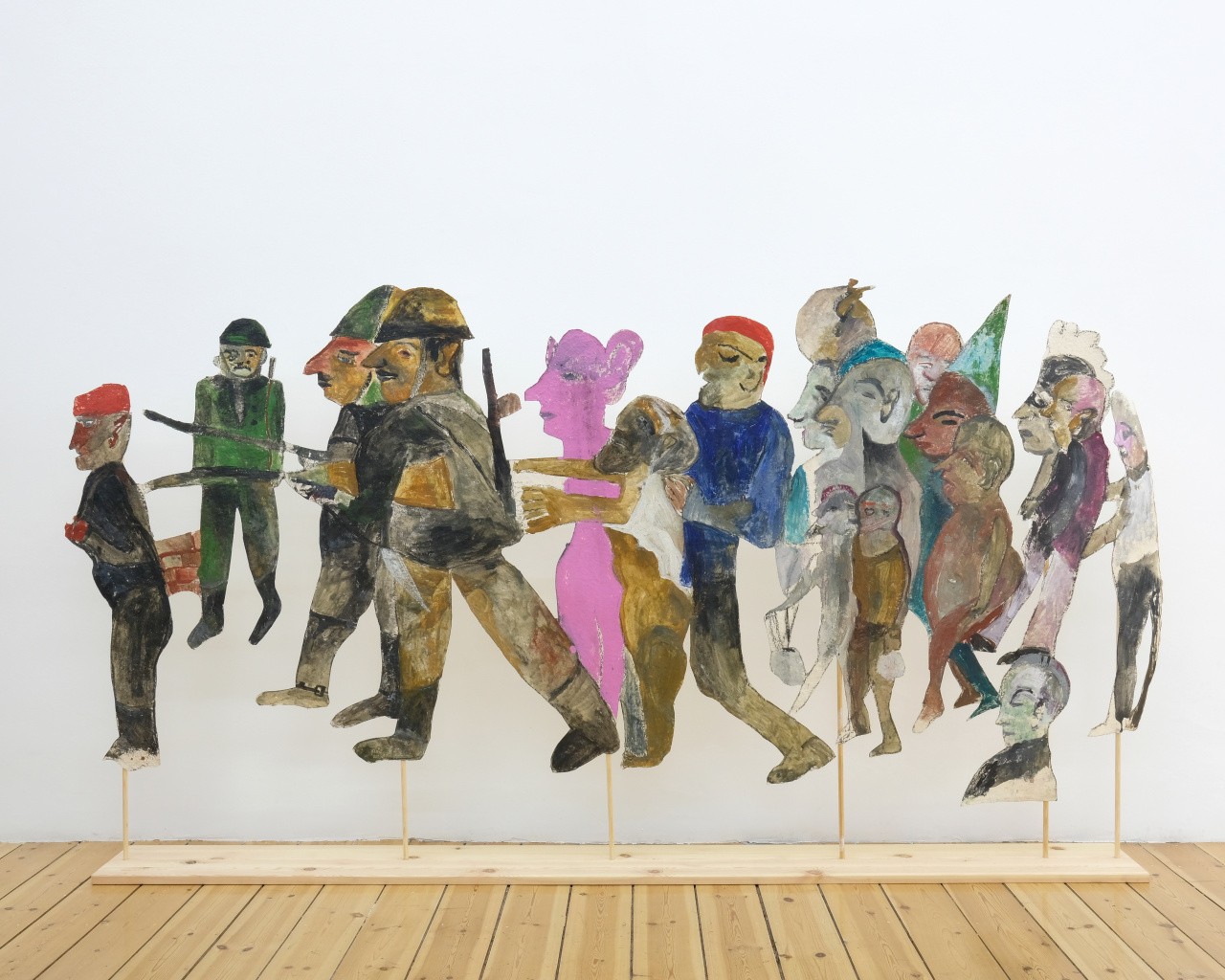 “The Loom of History” marks the first US solo exhibition of Armenian-Egyptian artist Anna Boghiguian (b. 1946, Cairo, Egypt), whose raw and expressionistic works combine painting, drawing, writing, collage, and sculpture to contemplate the past and present through intersections of economics, philosophy, literature, and myth.

Her New Museum exhibition brings together a selection of recent cutout paper figures, mixed-media works on paper, collaged paintings in beehive frames, large-scale painted sailcloth, and hand-painted texts on the gallery wall. Collectively, the works in “The Loom of History” address subjects that have long animated Boghiguian’s practice, including wars and revolutions, histories of materials and labor, and the ancient roots of modern imperialism. In particular, a number of works in the show address the economics of the cotton trade and its fundamental relationship to slavery in the United States—a violent and abusive history whose legacy has shaped racial inequities that persist today.

Since the 1970s, Boghiguian has traveled continuously, and her work has charted her impressions and observations of various societies, as well as her experiences of non-belonging as a foreigner and outsider. While her recent cutout paper figures and curtainlike paintings on sailcloth reference forms of popular storytelling or folk theater, her tabletlike drawings—a touchstone of her largely portable oeuvre—appear as a fragmented film script or exploded book. Other cutout figures and drawings in “The Loom of History” bear testament to the artist’s poetic and introspective investigations of sensory organs such as the ear, a motif that beckons the viewer to hark back to the past, or face its perennial return.