On False Tears And Outsourcing 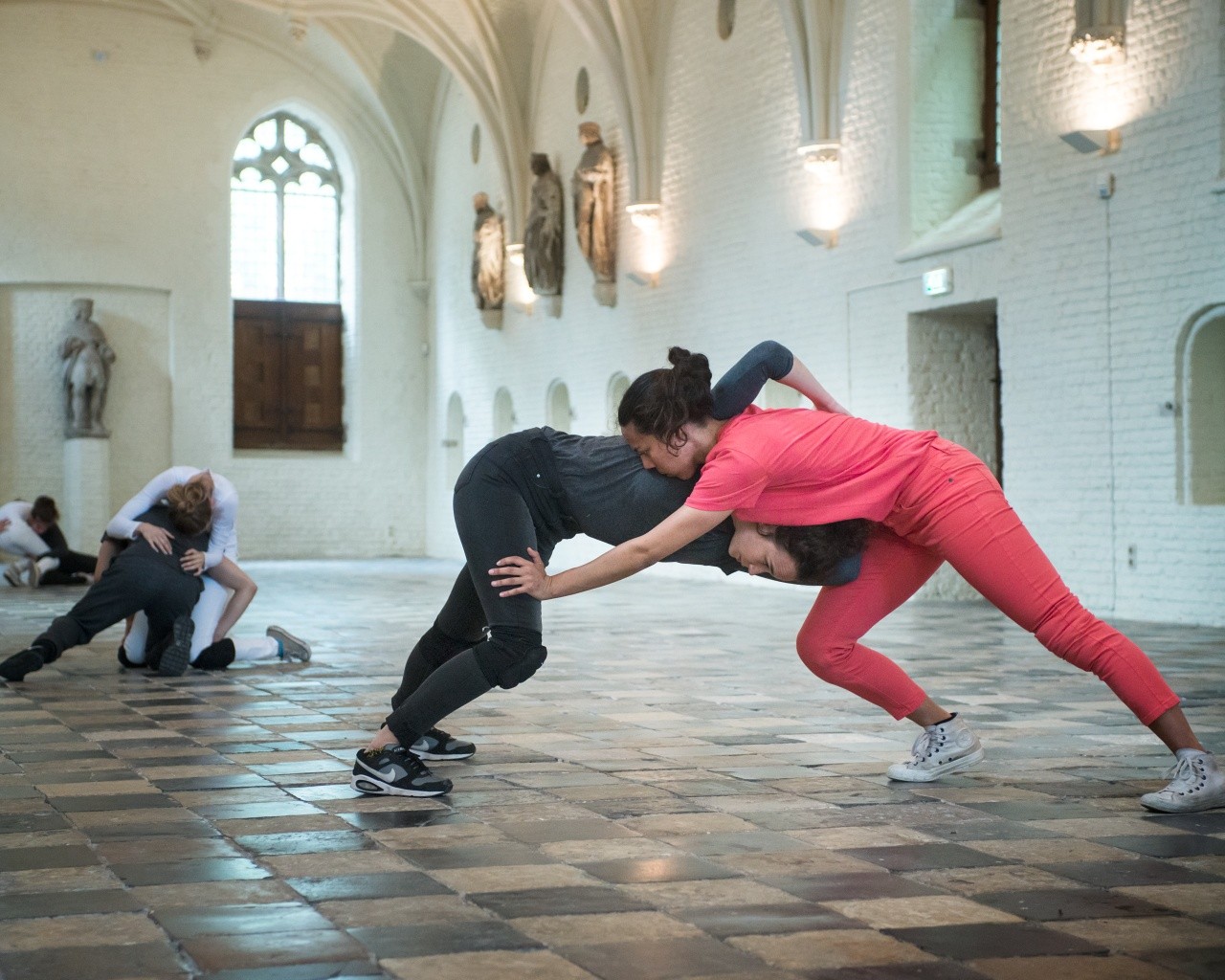 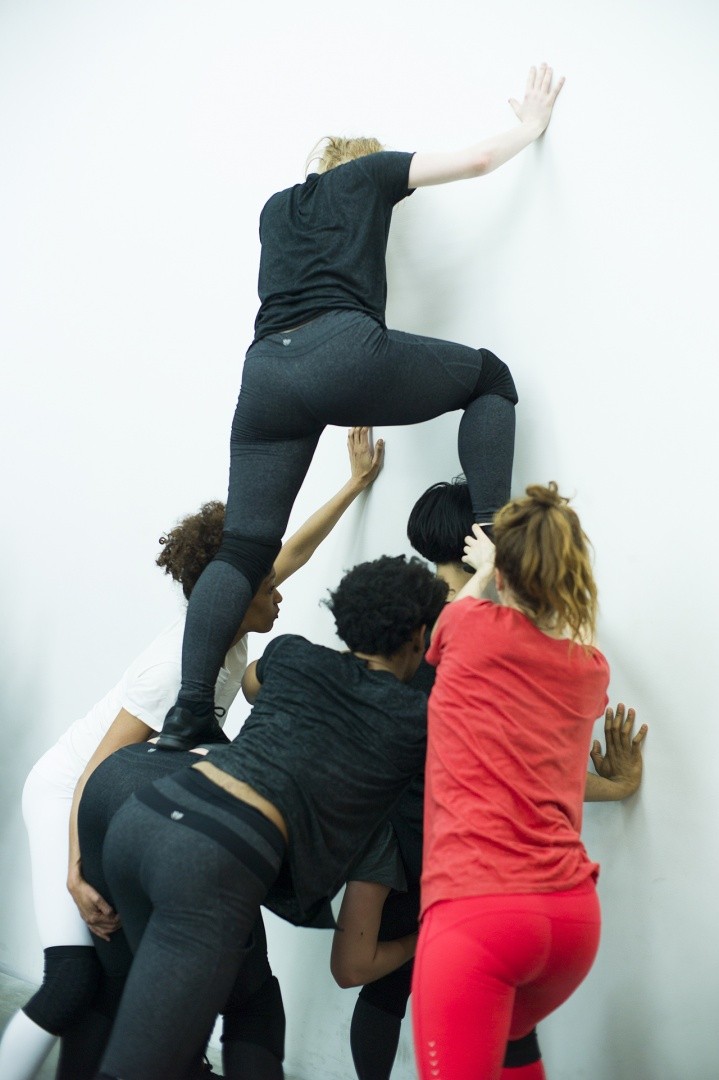 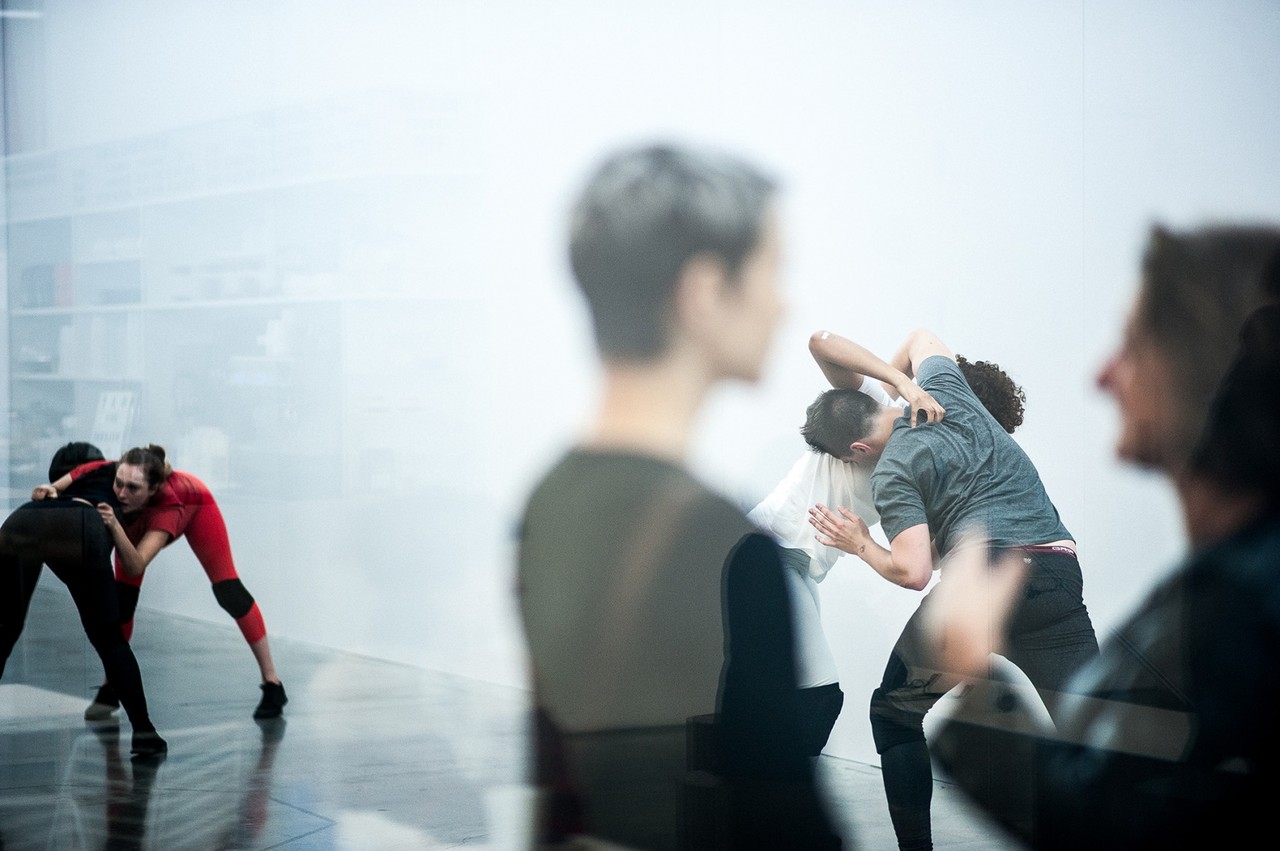 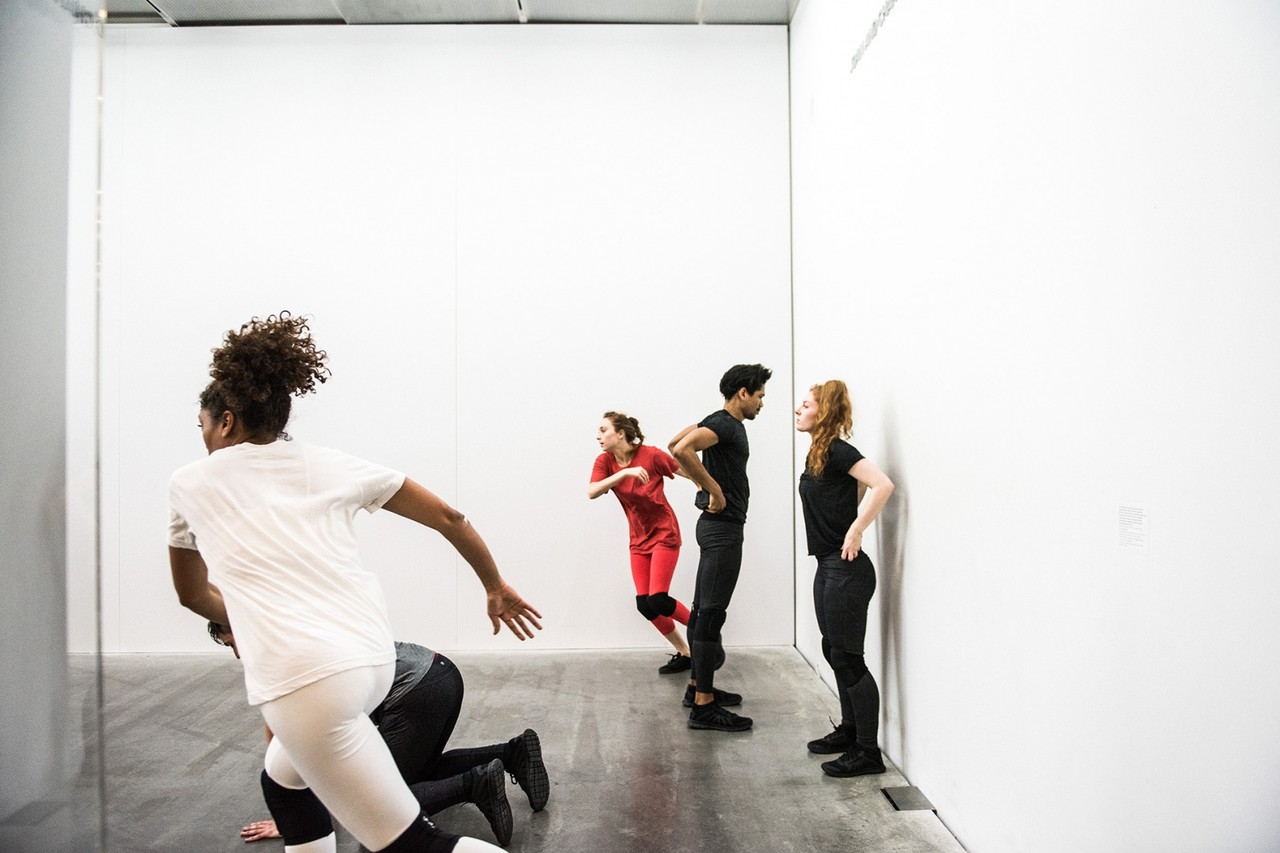 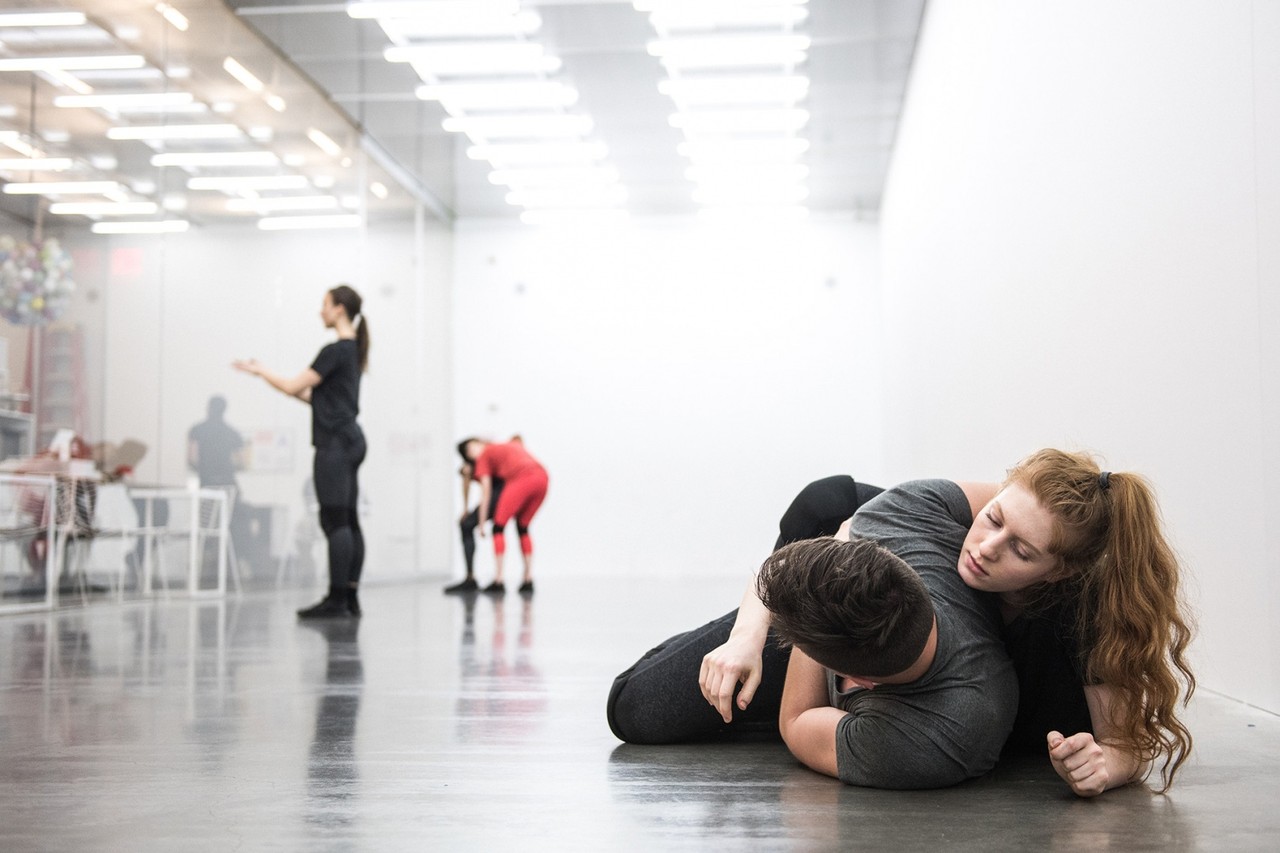 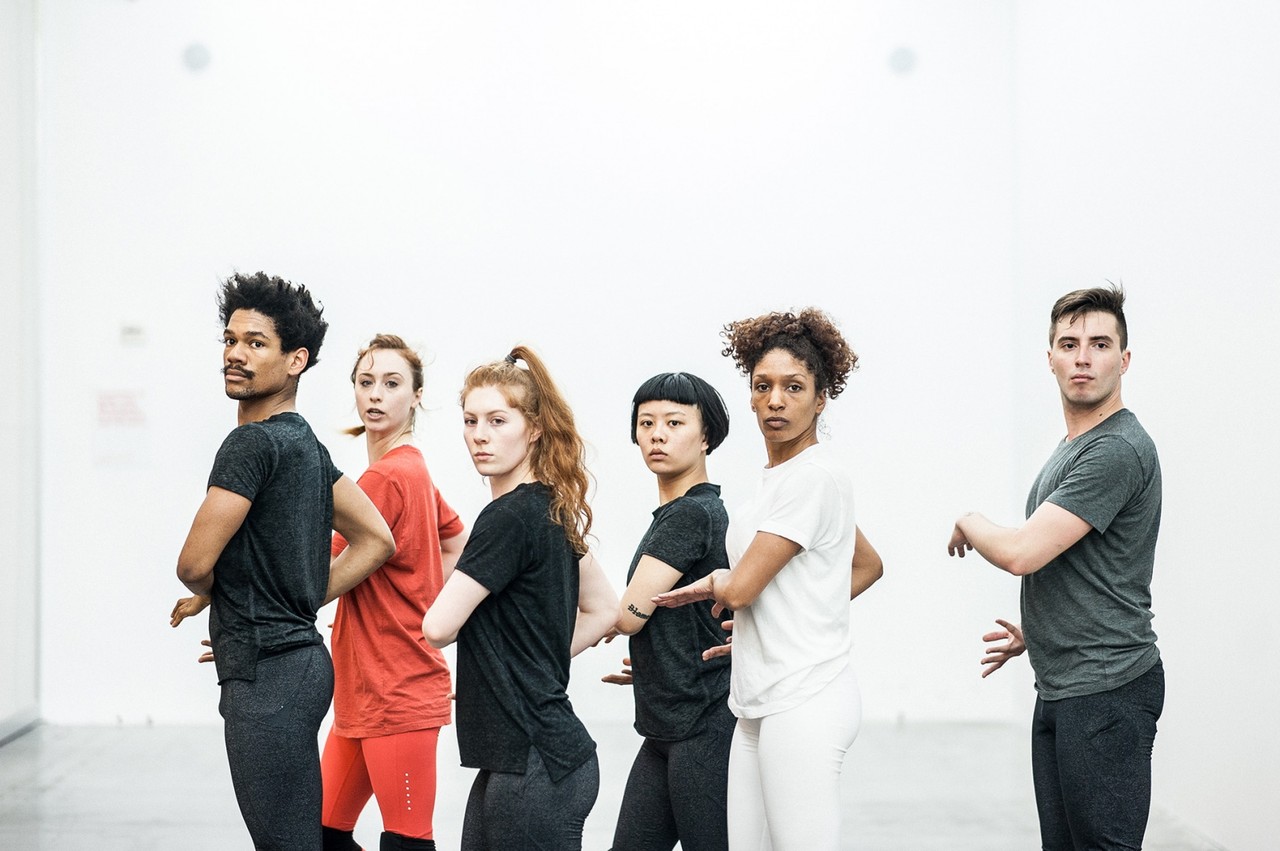 The exhibition is curated by Helga Christoffersen, Assistant Curator.

The New Museum presents a new installation by Cally Spooner (b. 1983, Ascot, UK), which is her first solo and institutional presentation in the United States.

For her first solo and institutional presentation in the United States, Cally Spooner (b. 1983, Ascot, UK) has produced a new installation for the New Museum’s Lobby Gallery. “On False Tears and Outsourcing” comprises a series of architectural additions to the gallery space and the presence of a group of dancers who respond to conflicting choreographic instructions: to stay intimately bound together while remaining fiercely separate. Trained by rugby players and a movie director, and following the logic of a “stand-up scrum”—a daily meeting often used in collaborative, responsive practices such as software development—the dancers have learned a set of techniques taken from contact sports, management strategies, and on-screen romance. Through attempts to seduce, defend, and self-organize, the group has devised a sequence of movements in response to simple tasks set by Spooner. The long glass wall that separates the Lobby Gallery from the New Museum Lobby is a central feature of the installation. Using the gallery’s condition of high visibility, Spooner considers the characteristics of corporate and museum architectures by amplifying and exaggerating certain qualities in the space through the use of soft acoustic panels, daylight bulbs, and background noise. Through this intersection of bodies and architectures of management, Spooner examines how power presents itself when it comes into contact with the human body.

On False Tears and Outsourcing” is part of Spooner’s long-term project of the same name, which was initiated at Vleeshal Markt, Middelburg, the Netherlands, in 2015. Considering the production of affect, the contradictions faced by hired bodies, and the dynamics of using or being used as a human resource, the project stages situations in which a heightened demand for communication drives the outsourcing of personal investment to readymade gestures and protocols.

The choreography of Spooner’s work for the New Museum was devised with and is performed by Holly Curran, Maja Ho, Emily McDaniel, Ashton Muniz, José Rivera, Jr., Maggie Segale, and Jennifer Tchiakpe.
www.newmuseum.org