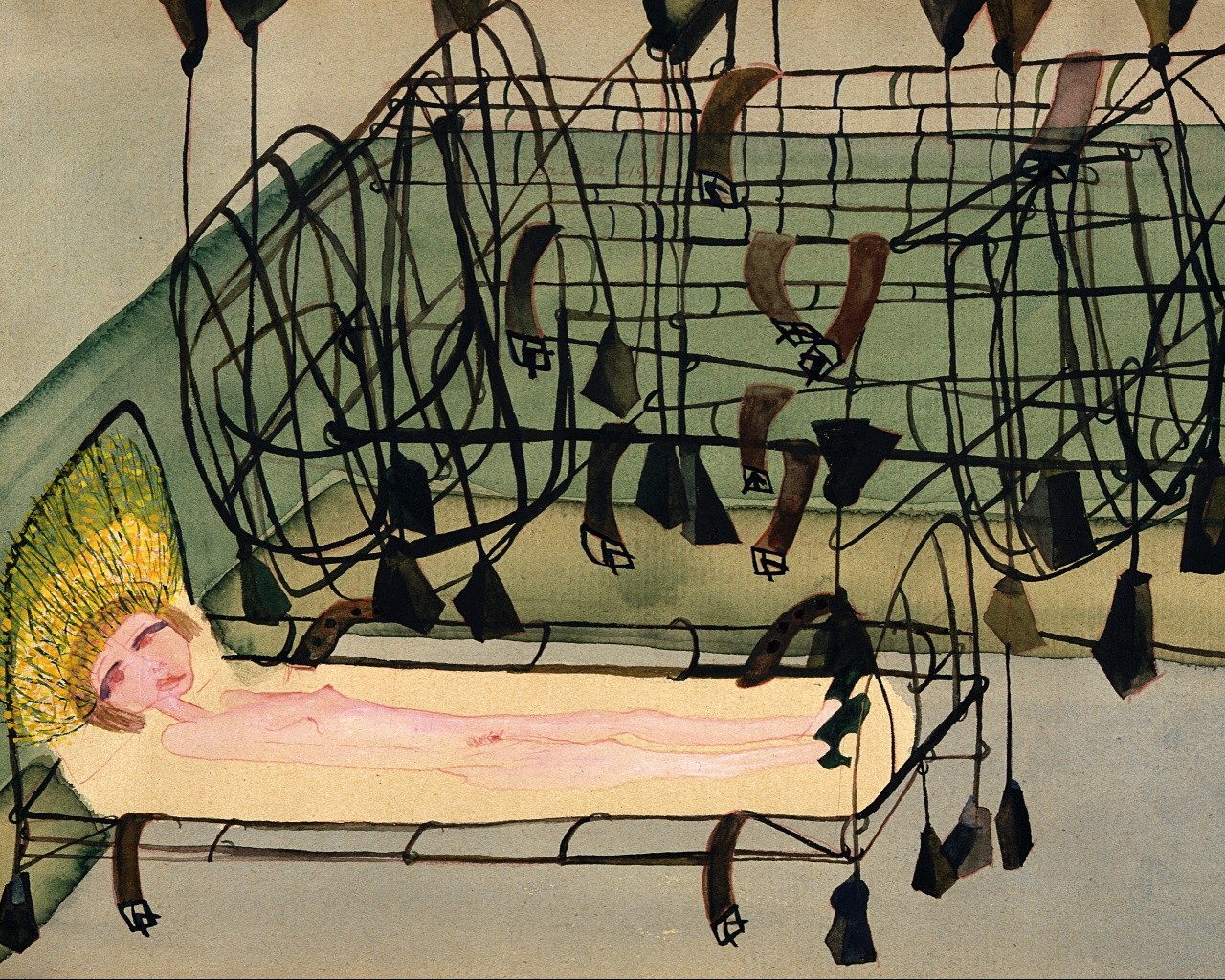 “Carol Rama: Antibodies” is the first New York museum survey of the work of Italian artist Carol Rama (b. 1918, Turin, Italy–d. 2015, Turin, Italy) and the largest presentation of her work in the US to date.

While Rama has been largely overlooked in contemporary art discourses, her work has proven prescient and influential for many artists working today, attaining cult status and attracting renewed interest in recent years. Rama’s exhibition at the New Museum will bring together over 150 of her paintings, objects, and works on paper, highlighting her consistent fascination with the representation of the body. Seen together, these works present a rare opportunity to examine the ways in which Rama’s fantastical anatomies opposed the political ideology of her time and continue to speak to ideas of desire, sacrifice, repression, and liberation. “Carol Rama: Antibodies” celebrates the independence and eccentricity of this legendary artist whose work spanned half a century of contemporary art history and anticipated debates on sexuality, gender, and representation. Encompassing her entire career, the exhibition traces the development from her early erotic, harrowing depictions of “bodies without organs” through later works that invoke innards, fluids, and limbs—a miniature theater of cruelty in which metaphors of contagion and madness counteract every accepted norm. The exhibition is curated by Helga Christoffersen, Assistant Curator, and Massimiliano Gioni, Edlis Neeson Artistic Director, and is accompanied by a fully illustrated publication.

Sponsors
The exhibition is presented with the generous support
of Sara and Ruben Levi.

Additional support is provided by the Artemis Council.

Education and community programs for this exhibition are supported, in part, by American Chai Trust.

Special thanks to Galerie Isabella Bortolozzi and Lévy Gorvy.

Support for this catalogue has been provided by the
J. McSweeney and G. Mills Publications Fund at the New Museum.
www.newmuseum.org