Viscera Has Questions About Itself 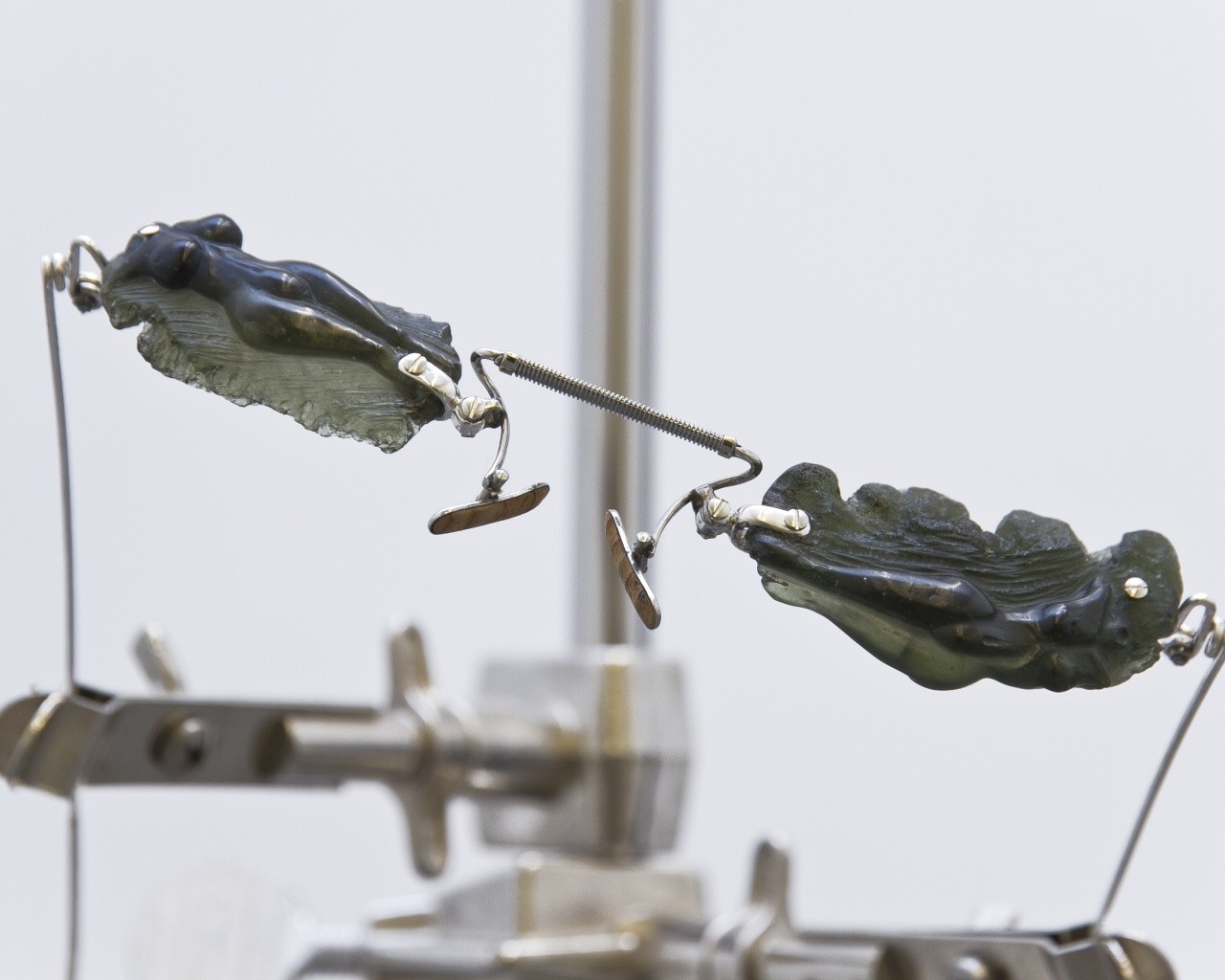 In her sculptures, Elaine Cameron-Weir (b. 1985, Red Deer, Alberta, Canada) engages diverse aesthetic styles, bringing together modern, industrial, and natural designs to call attention to both manifest and hidden phenomena.

Since her earliest works, Cameron-Weir has drawn inspiration from the figure of the aesthete in late nineteenth-century Europe as a paragon of refined sensitivity to beauty, heightened sensory engagement, transgressive sexual desire, and the pursuit of pleasure through artifice or illusion. Intrigued by how many artists of that period pursued correspondences between senses, Cameron-Weir often introduces particular scents to her installations in the form of naturally aromatic resins like frankincense, myrrh, or labdanum—all of which have been used in a range of spiritual, medicinal, and funerary practices that trace back to the earliest civilizations. Cameron-Weir’s most recent works also reflect her fascination with emerging methodologies within archaeology that question the discipline’s privileging of vision and aim to enrich speculations about the past through a multisensory approach.

For “viscera has questions about itself,” Cameron-Weir presents a series of new works that incorporate typical laboratory implements like metal barrels, rods, clamps, and fabric heating mantles, which collectively establish a mood of observation and inquiry. The voids emphasized by the installation’s other works, which include a suspended “jacket” and “skin,” in turn suggest phenomena or forces that seem to escape scientific explanation. While Cameron-Weir’s new sculptures are informed by her study of historical objects made to protect, punish, or stand in for bodies—medieval armor or torture devices, and early-Renaissance orthopedics—they also reflect her interests in aspects of evolutionary design, such as corporal symmetry and the possibility of biological systems that harbor intelligence and self-awareness. In this sense, the exhibition’s enigmatic title alludes to potential forms of knowledge or intelligence that are intrinsic to the body but independent of the mind.

“Elaine Cameron-Weir: viscera has questions about itself” is curated by Natalie Bell, Assistant Curator.