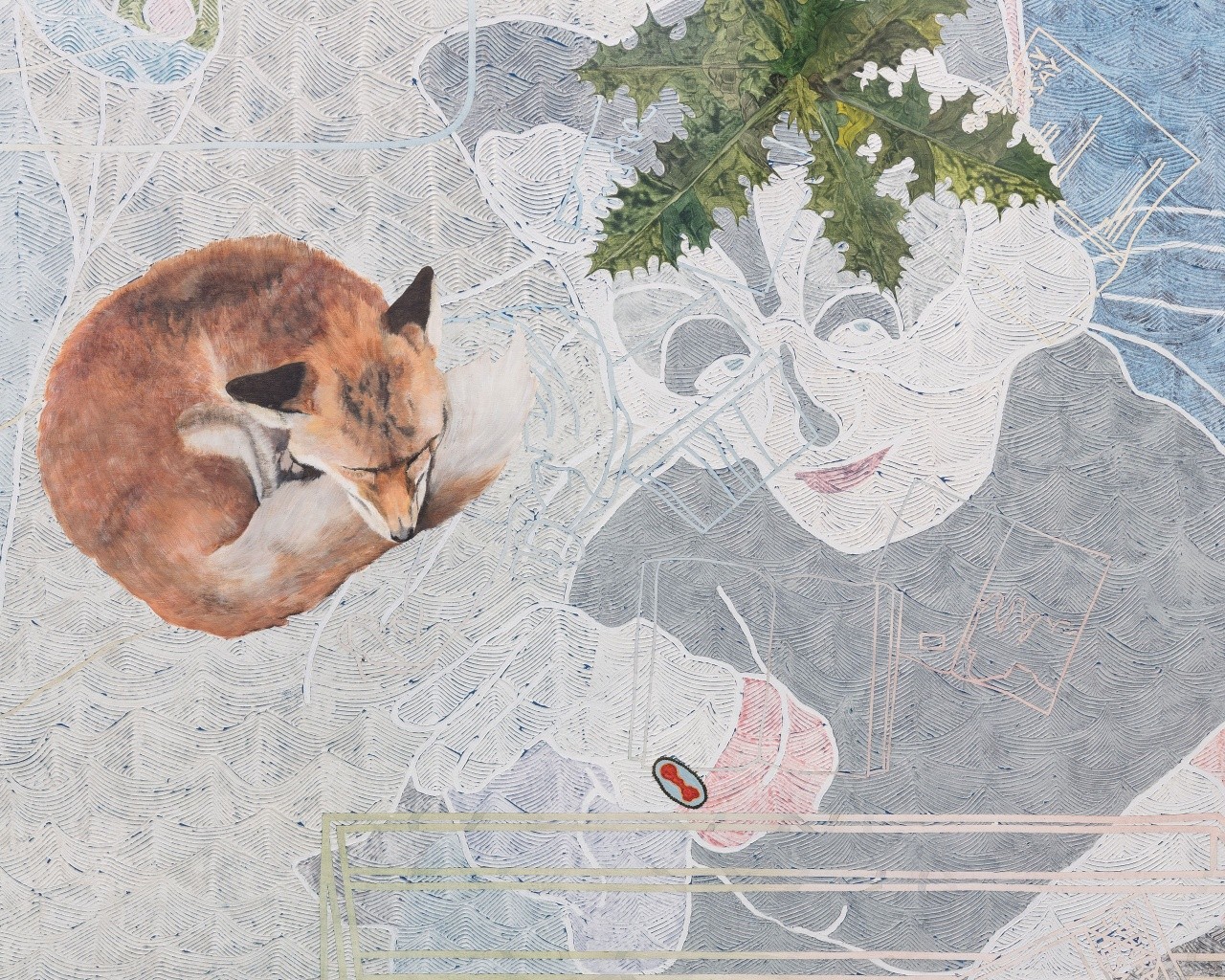 For over a decade, Helen Johnson (b. 1979, Melbourne, Australia) has used painting as a tool to investigate issues around the legacy of colonialism, the construction of national identity, personal history, and contemporary politics in her native Australia.

Johnson’s densely layered canvases incorporate historical imagery ranging from political cartoons, nineteenth- and early-twentieth-century painting, architectural diagrams and maps, fragments of bodies, and handwritten text rendered with a variety of painterly gestures. Often double-sided and scaled to the human body, Johnson’s works are arranged in carefully composed installations, positioning the viewer at the intersection of a broad range of cultural and historical influences. Although driven by a deep and rigorous process of historical research, her paintings adopt a playful and even humorous take on historical memory and ingrained social conventions. “Helen Johnson: Ends” is the artist’s first exhibition in an American institution. For her presentation in the museum’s lobby gallery, she will produce a new series that extends her broader thematic concerns, while maintaining her experimental approach to the material and the communicative possibilities of painting as a critical medium.

Helen Johnson was born in 1979 in Melbourne, Australia, where she lives and works. She earned a BFA from the Royal Melbourne Institute of Technology and a PhD from Monash University. She has recently had solo exhibitions at the Institute of Contemporary Arts, London (2017); Chapter, Cardiff (2017); Glasgow International (2016); Sutton Gallery, Melbourne (2015); Laurel Gitlen, New York (2015); Chateau Shatto, Los Angeles (2015); and Minerva, Sydney (2014), among others. Her work has been included in numerous group exhibitions including “The National 2017,” Art Gallery of NSW, Sydney (2017) and the 2016 Tarrawarra Biennial, “Endless Circulation,” TarraWarra Museum of Art, TarraWarra, Victoria, Australia (2016). Johnson’s writing has appeared in numerous publications and her book Painting is a Critical Form was published by 3-ply in 2015.

This exhibition is made possible with support provided by the Toby Devan Lewis Emerging Artists Exhibitions Fund.

Additional support provided by the Artemis Council of the New Museum.

Special thanks to the Producers Council of the New Museum.