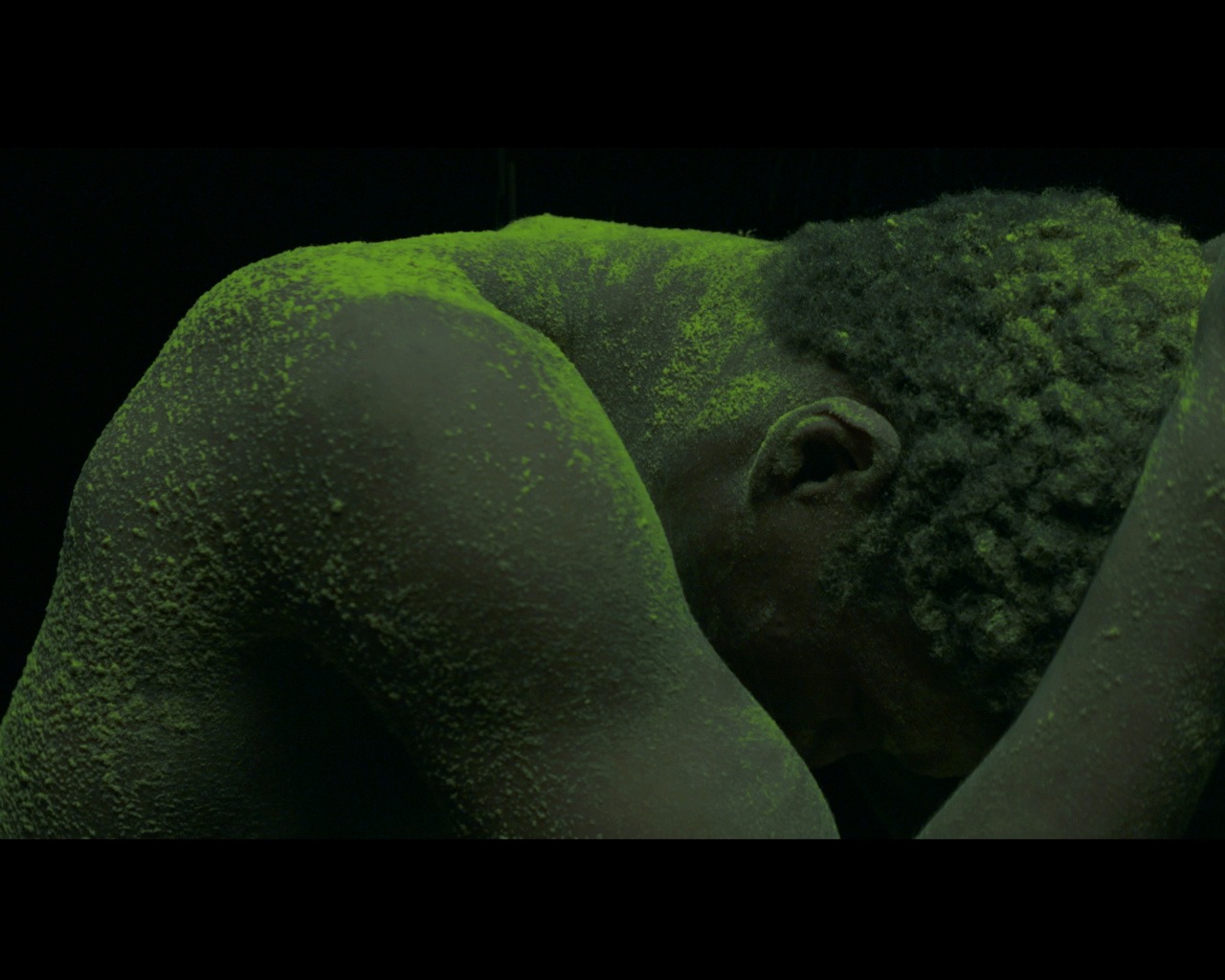 In her practice, Helene Nymann (b. 1982, Copenhagen, Denmark) addresses the notion of embodied knowledge—contextual and experimental forms of receiving and transmitting ideas.

Nymann’s work incorporates dance and other kinds of movement to probe the ways in which bodily memory is stimulated by different textures and physical sensations. Her sound-intensive moving image–based work, which she often presents alongside sculptural elements, considers how memory is created, stored, and accessed through sensorial and sonic experience.

In Whether We Are (2016), a work featuring a classically trained male ballet dancer, Nymann employs a compositional strategy derived from Butoh, a form of dance developed to disrupt the perceived visual harmony of Japanese culture following the country’s devastation in World War II. Butoh is short for Ankoku Butoh—or “dance of darkness”—a term used by Tatsumi Hijikata, who founded the style, to refer to the limits of conscious movement and the existence of a subconscious store of knowledge housed within the body in which past experiences are channeled into bodily and cognitive responses. Giving no instructions but the principles that define Butoh, Nymann’s dancer was asked to translate his own past into movement.

MOL (2018) takes up the ancient technique of memorizing information by placing symbols and signs along a mental path through an imagined house from room to room. Interested in the way technology affects both our sense of and need for memory, Nymann attempts to capture her own active and associative thinking by reconstructing her path through her abandoned childhood home. In the work, she visualizes her past experiences through the placement of anchor objects—which, according to the ancient Greco-Roman method of loci, shape the way we perceive the external world—suggesting that in our increasing reliance on technology to memorize for us, we allow others to form our view of the world.

In Head On My Dear (2015), Nymann references the ancient Greek myth of Medusa by creating an endlessly appearing and disappearing image of the monster’s infamous head. As both a wounded heroine and a potential threat—having the capacity to turn onlookers to stone with only a look—Medusa’s power is called into question as she oscillates between looking and being looked at.

Nymann has a forthcoming solo exhibition at Kunsthal Aarhus, Denmark (2019). She has been selected for the 2019 International Studio & Curatorial Program residency in New York and will be featured in a screening program at the Tate Modern in London as part of TATE Exchange in Fall 2019.